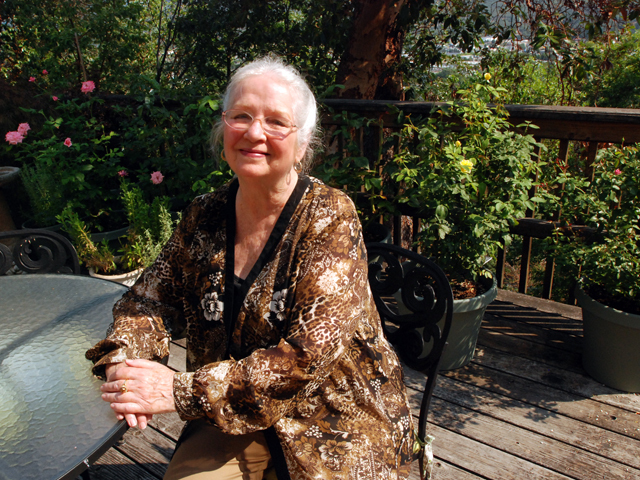 (AP) GRANTS PASS, Ore. - Nina Musselman had no trouble finding a family doctor when she retired to rural Oregon nine years ago to be closer to her children. But then that doctor moved away, leaving her to search for another who would take Medicare.

After a year of going from doctor to doctor, she finally found one who stuck.

As record numbers of baby boomers go into retirement, many are thinking about moving from the places they needed to live to make a living, and going someplace warmer, quieter or prettier.

If they choose small towns like Grants Pass, 250 miles south of Portland, they could well have a hard time finding a family doctor willing to take Medicare, even supplemental plans, rather than private insurance.

"It's a sad situation for seniors," she said.

There are several reasons boomers, the 78 million Americans born between 1946 and 1964, could face difficulties finding a doctor if they retire to small towns over the next 20 years.

First, many primary care doctors prefer to live and work in urban areas because of greater cultural opportunities, better schools and job opportunities for spouses.

With cuts to Medicare reimbursement for doctors targeted under the federal health care overhaul, the shortage is likely to get even worse, said Mark Pauly, professor of health care management at the University of Pennsylvania.

That is, unless increasing reimbursements for nurse practitioners and physicians' assistants encourages those providers to take up the slack, Pauly said.

If the Medicare cuts go through, "the doctors are saying: "We're out of here,"' Pauly said. "The least they are saying is: `We'll treat Medicare patients like we treat Medicaid patients,' which is mostly not."

Still, there is some good news, depending on where you live.

Pauly said the Affordable Care Act "puts a lot of emphasis on wellness programs and primary care. Nurses, especially nurse practitioners, are intended to play a major role there."

In Oregon, Washington and 14 other states, nurses and nurse practioners "can operate independently of doctors, writing prescriptions, ordering tests, and even running clinics," Pauly said.

Nationwide, the 22.5 percent of primary care doctors who practice in rural areas roughly matches the 24 percent of Medicare patients living there, said Dr. Roland Goertz, chairman of the American Academy of Family Physicians board.

A survey of academy members nationwide shows 83 percent take new Medicare patients. But there is an overall shortage of primary care physicians that still makes it hard for retirees to find a family doctor.

The real problem, he said, is that the health care system "has not supported a robust, adequate primary care workforce for over 30 years."

According to the American Association of Medical Colleges, rural areas need about 20,000 primary care doctors to make up for the shortages, but only about 16,500 medical doctors and 3,500 doctors of osteopathy graduate yearly.

"We are always trying to recruit doctors. We are barely keeping even," said Lyle Jackson, the medical director at the Mid-Rogue Independent Physician Association, a cooperative of doctors in Josephine County, where Musselman lives.

Taking part in the Medicare Advantage program, which pays a higher rate to doctors than standard Medicare, helps, but is still not enough, said Jackson, a former family physician.

A 2009 survey of doctors in the Oregon Medical Association showed concern over Medicare reimbursement rates topping the list of 23 issues, with 79 percent rating it as very important, said Joy Conklin, an official at the association.

The survey showed 19.1 percent of Oregon doctors had closed their practices to Medicare, and 28.1 percent had restricted the numbers of Medicare patients.

That really becomes evident in Josephine County, which attracted retirees after the timber industry collapsed.

Low taxes, cheap housing, wineries, a symphony and low traffic put it in top 10 lists for retirement communities. The 2010 census puts the number of people older than 65 at 23 percent, compared to 14 percent for the state.

But the website County Health Rankings & Roadmaps, which gathers a wide range of health care data nationwide, shows 933 patients for every primary care physician in the county, nearly 50 percent higher than the national 631-to-one rate.

At the Grants Pass Clinic, Dr. Bruce Stowell said they are no longer taking new Medicare patients. Medicare pays about 45 percent of what commercial insurance pays.

As it is, their proportion of Medicare patients is double that of a similar Portland practice.

"We used to get a steady stream of high-quality (resumes) from U.S.-trained and U.S.-born physicians," he said. "Over the last year, that stream has declined into a trickle. Very few (doctors) are choosing to go into primary care."

Schools are turning out more nurse practitioners and physician assistants.

How well they fill the doctor gap will depend largely on how much independence states give them to practice, said Tay Kopanos, director of health care policy for state affairs at the American Academy of Nurse Practitioners.

Meanwhile, overall demand for primary care will be increasing as more people can afford it under the Affordable Care Act, said Joanne Spetz, a health care policy professor at the University of California, San Francisco.

Dr. Atul Grover, chief of public policy for the American Association of Medical Colleges, said the nation is facing a tough time recruiting for primary care as well as other specialties that treat Medicare patients, such as oncologists.

When he decided to become a primary care doctor in the 1990s, it was because of a widespread belief that health maintenance organizations were going to be hiring all the doctors.

He said they wanted primary care doctors to emphasize wellness and prevention. Now, many graduates are moving into specialties that do procedures, such as surgery, because Medicare pays more for them than plain-old office visits.

Also, the Balanced Budget Act of 1997 capped the number of residencies paid by Medicare, so there is no quick way to increase the numbers of doctors in general, let alone in rural areas, he said.

"An entire year's worth of doctor production is needed to deal with the (rural-area) shortage just today," he said.