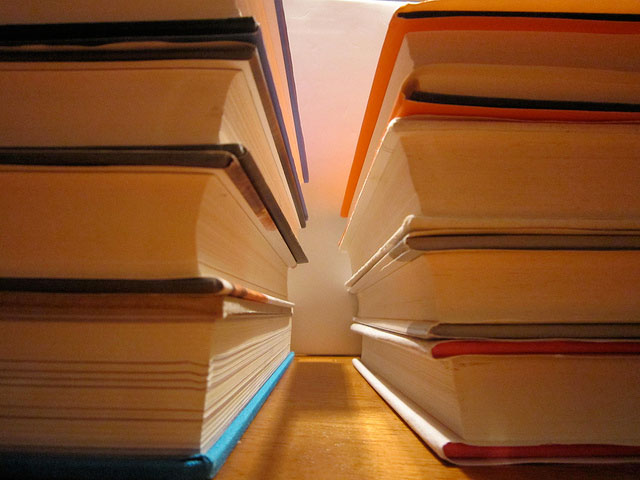 (MoneyWatch) Charles Duhigg's "The Power of Habit" accomplishes what few books are able to do: educate (it's a serious look at the science of habit formation and change) while being entertaining (filled with incredible stories). It's thoroughly enjoyable and provided many "ah ha" moments.

The book covers a wide spectrum from explaining how habits are formed and how the bad ones can be broken, to how information on habits can be used in marketing, management, and social movements. You'll also learn why the Rosa Parks incident ignited the civil rights movement as well as how Target predicts, with amazing accuracy, the trimesters of their women shoppers.

Besides the compelling stories, Duhigg also provides the prescription for you to change a bad habit. He explains how habits are formed by a cycle of a cue that triggers some behavior (good or bad), then a reward, and then a craving develops to drive a loop of repetitive behavior.

To break a bad habit, you must keep the old cue and deliver the same reward, but insert a new routine. Almost any behavior can be transformed if the cue and the reward stay the same. For example, every afternoon you get up from your desk to take a break, and you stop at the cafeteria to grab a coffee and a cookie. The reward is we feel good after doing so, but you gain weight because of eating that cookie every day. You can break the habit by substituting an apple for the cookie. The cue and the reward stay the same. In other words, habits cannot be eliminated, but they can be replaced. This "golden rule" has influenced treatments for alcoholism, obesity, and other disorders or destructive behaviors.

Duhigg explains that habit "replacement" works well until stresses in life become too high (death in family, divorce, loss of job, and so on). Then some people will revert to their bad habits, no matter how many good routines they had embraced. The solution to this problem is to call for a "higher power." Members of Alcoholics Anonymous have sponsors they can call whenever stress levels rise. Others turn to religion. And it works best in groups. Duhigg explains that there is something powerful about groups and shared experiences. People might be skeptical about their ability to change if they're by themselves, but a group will convince them to suspend disbelief. Community creates belief. If you want to quit smoking, drinking, or overeating, join a group. In other words, bad habits are not destiny, but you must decide to change behaviors, do the hard work to identify the cues and rewards that drive your habits, and find alternatives. You must know you can take control, and do it.

While the "Power of Habit" is not an investment book, the insights provided can make you a better investor. Consider the following. Most investors know the key to success is to have a well-developed plan and have the discipline to stay the course -- something that is easy to do when things are going well. The problem arises when we become stressed by bear markets. Our stomachs take over the decision-making process, we lose that discipline, and panic selling occurs. Investors persistently buy (high) after periods of good performance and sell (after) periods of bad performance. And they keep repeating the same behavior. If you recognize that behavior you have a chance to break the cycle. Here's how to do it.

First, you must have a detailed investment policy statement which includes a rebalancing table that has minimum, target and maximum allocations for each investment/asset class. Whenever the minimum or maximum allocations have been breached, you must act to put your portfolio back into balance. Doing it regularly will create good habits. You will have your cue (the market has moved significantly), you will have a new behavior (rebalancing) and you will have your reward (a sense of accomplishment). And you will be selling what has done relatively well (high) and buying what has done relatively poorly (low). The research shows that you can be successful until stress occurs, either in the form of a mania (such as the tech bubble of the 1990s) or a bear market. Then, you will be tempted to revert to prior habits.

The second requirement is to find a "sponsor" and/or a community to prevent you from reverting to your bad habit. For many people, the sponsor is in the form of an investment advisor who provides a fiduciary standard of care (recommends what is in the investor's best interests). Besides developing the right plan and adjusting it to life events and the passage of time, the most important role of the advisor is to keep you disciplined, adhering to your plan. They will be there in both bull and bear markets to enforce disciplined rebalancing, getting you in the habit of rebalancing, instead of chasing yesterday's returns. They can also teach you the habit of ignoring all market and economic forecasts because they know such forecasts have no value.

Another important lesson Duhigg teaches is that willpower can be taught, it can become a habit, by choosing a certain behavior ahead of time, and following that routine when an "inflection point" (stress) arrives. Regular rebalancing teaches willpower.

The "Power of Habit" is a fascinating read, one of the best books I've read in long time. I cannot recommend it highly enough. Once you read this book, you'll never look at yourself, your organization, or your world quite the same way.