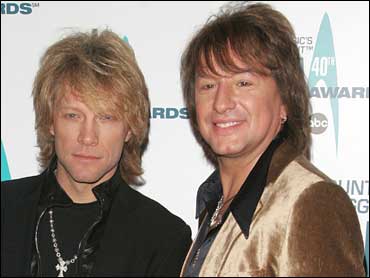 The band will play several shows at the Prudential Center starting Oct. 26, said Pat Smith, a spokesman for AEG New York/New Jersey, part of Anschutz Entertainment Group, which is booking concerts and special events for the arena. The number of shows has not been determined, he said.

The $365 million arena, which will be home to the New Jersey Devils of the NHL, is under construction in downtown Newark. It can seat 19,500 for concerts.

The band, whose hits include "You Give Love a Bad Name," includes lead singer Jon Bon Jovi, a native of Sayreville.

The arena gets its name from Prudential Financial Inc., the Newark-based financial services and insurance giant whose symbol is the Rock of Gibraltar.

Tickets for Bon Jovi go on sale in mid-June.