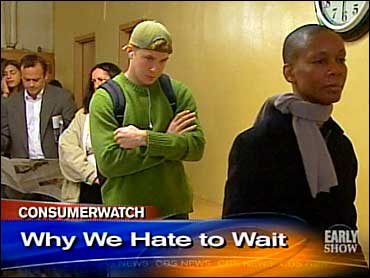 A bomb went off in a busy subway station in central Moscow during evening rush hour Monday, injuring at least nine people and stoking terrorism fears in the Russian capital.

Moscow Mayor Yuri Luzhkov pronounced the blast a terrorist attack, though he didn't say by whom. Police officials, however, warned that it was too early to speculate about motives.

The bomb struck one of the city's best-known landmarks, famed for its stained glass, mosaics and chandeliers. Many people were headed home from work as temperatures dropped to zero, giving commuters an added incentive to use the warm metro.

The explosion occurred just before 7 p.m. at the Belorusskaya station on the Ring Line, which circles the center of Moscow, said Emergency Situations Ministry spokesman Viktor Beltsov.

At least nine people were injured, including seven who had to be hospitalized with burns and cuts, said Igor Elkis, chief doctor of the Moscow ambulance service. The injured included two children, Elkis said.

The station was evacuated and its entrances sealed off, but trains continued to run though without stopping at the station, officials said.

Witnesses reported hearing a loud boom and seeing a bright flash, and some complained about hearing loss after the blast.

"There was a bang, many people ducked, and then smoke started pouring out," an unidentified young man told Russia's NTV television network. Television reports showed scattered chunks of marble littering the station floor.

Agents of the Federal Security Service, the chief domestic security and anti-terrorism agency, were on the scene. Prosecutors opened a criminal investigation.

Luzhkov, Moscow's mayor, said the device had been placed under a bench, but the Interior Ministry did not confirm the report though said it was a bomb.

Moscow, the scene of dozens of bombings over the past several years, has been edgy about terrorism since bombs struck apartments in the capital and two other cities in 1999, killing some 300 people.

The bombings prompted the Russian government to send troops against rebels in Chechnya. The government has blamed guerrilla commanders for the bombings and charged several suspects.

But that hasn't stopped some Russian news media from entertaining conspiracy theories about shadowy elements working on behalf of the government.

Other bombings have included attacks on two trolley buses that injured 33 in 1996 during a previous war against Chechen separatists.

Bombs are also a favored weapon of organized crime groups in turf battles. An explosion that killed 13 people near a row of trading stalls in an underground walkway in the city center in August has been linked by officials to organized crime, though details are sketchy.

Arrests and convictions are infrequent, and the public often never learns the full story about who was behind an attack.