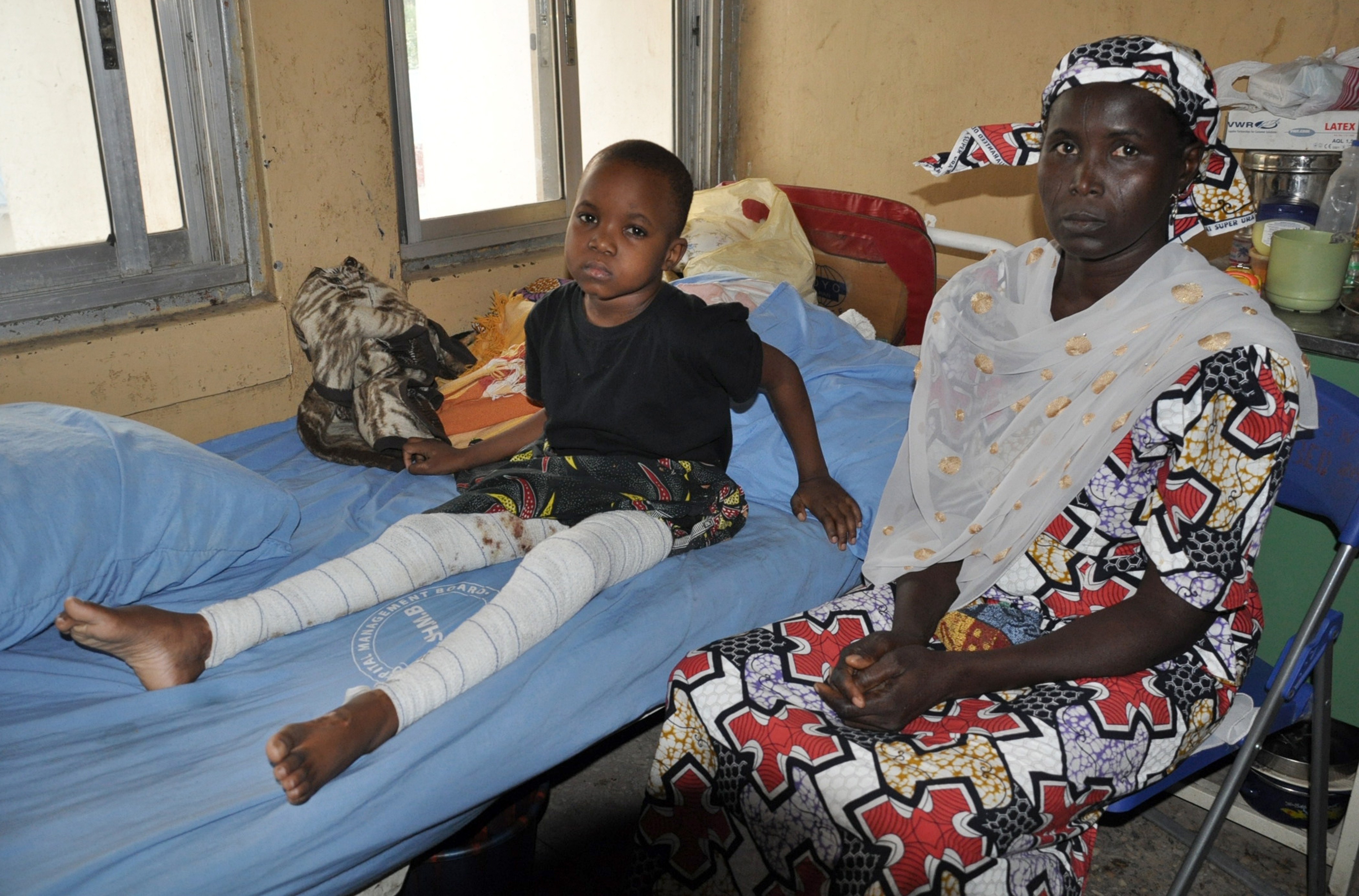 ABUJA, Nigeria -- A leading human rights group said Thursday that Nigeria-based Boko Haram had killed more than 1,000 civilians already this year and forced hundreds of abducted girls and women to convert to Islam and marry fighters.

Human Rights Watch said people were desperate despite recent successes of a multinational offensive that has seized back dozens of towns from the Islamic extremists.

A report issued Thursday, based on accounts from witnesses and media, says Nigeria's government is not doing enough to protect its civilians.

Nigeria is preparing for critical presidential elections Saturday that Boko Haram is threatening to disrupt because it opposes democracy.

Meanwhile, a top Nigerian official confirmed Wednesday that hundreds of civilians, including many children, have been abducted and are being used as human shields by Boko Haram extremists.

Several hundred people were taken captive by the Islamic militants as they retreated earlier this month from Damasak in northeastern Nigeria, Mike Omeri, the Nigerian spokesman for the fight against Boko Haram, told The Associated Press Wednesday. He said he could not specify how many were taken captive but local reports say as many as 500 people were seized.

"Boko Haram ... rushed to primary schools they took children and adults that they are using as shields to protect themselves from the menacing advance of troops," said Omeri. "They are being used as shields by Boko Haram."

Damasak, near the border with Niger, was recaptured from Boko Haram on March 16. The kidnapping of civilians has only been confirmed now.

The soldiers who recaptured Damasak found the town largely deserted. Damasak had been held for months by Boko Haram, who used the trading town as an administrative center.

The troops from Chad and Niger who now hold Damasak have discovered evidence of a mass grave, Chad's ambassador to the U.N. Mahamat Zene Cherif confirmed Wednesday.

Almost a year ago some 276 girls were kidnapped before dawn from a government boarding school in Chibok. Dozens escaped in the first couple of days, but 219 remain missing. The case of the missing schoolgirls has gained widespread international attention and spawned the #BringBackOurGirls campaign on social media.

Nigeria's battle against the Islamic extremists is a major issue for the elections to be held Saturday. The 6-year-old Islamic insurgency has killed thousands, including an estimated 10,000 last year.