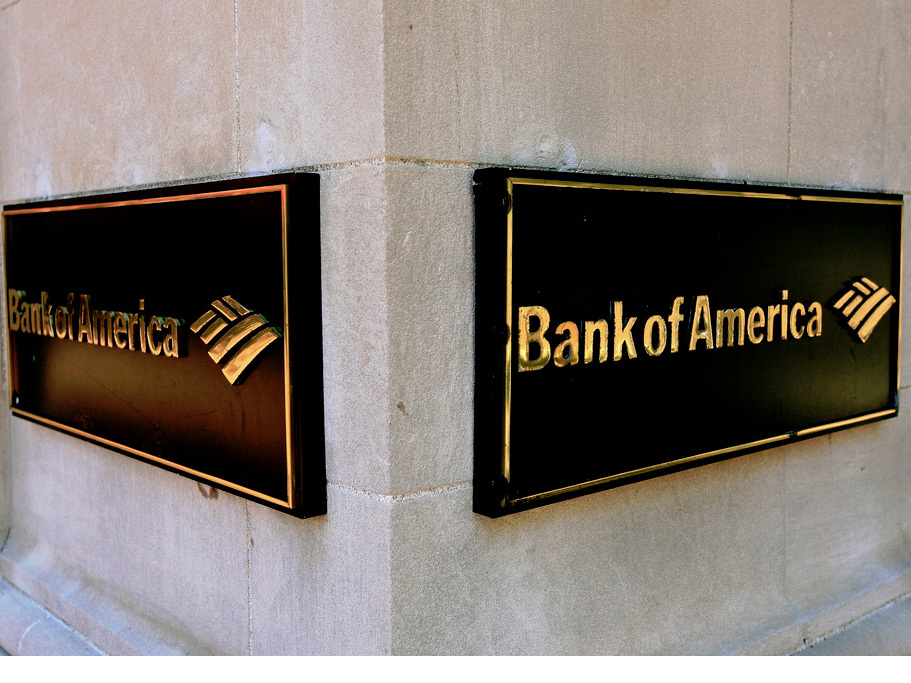 COMMENTARY Bank of America has a reputation problem the way Bernie Madoff does, in the sense that the injury was entirely self-inflicted. Whether robosigning illegal or questionable mortgage foreclosures, performing so poorly that Warren Buffett dumped his holdings in the company in February (before recently investing $5 billion again in a deal too good to pass up), charging consumers a $5 monthly fee to use their debit cards, or turning to a hefty federal bailout to get themselves out of the trouble they themselves created, BofA should have found it difficult to make itself look worse.

However, difficult is not the same as impossible. BofA has decided to redeem itself through the power of Facebook. It has been running ads asking people to agree that "community is important in America." However, the ads don't show the name of the company, even though clicking like supports "an official Bank of America Facebook page." Yup, BofA has just invented robo-liking.

Cause we said so

A blogger on Open Salon who calls himself tr ig noticed the ads last week. (Note, his post is not safe for work computer filters.) He doesn't like BofA, calling the organization "notorious community killers themselves."

The bitterness may come from his claim that Bank of America foreclosed on his home even though he had "jumped through every single hoop" to modify his mortgage and was verbally told that the modification was approved. Or maybe it comes from allegedly getting a letter from the bank in April 2011, nearly 5 months after he had to move out, saying that he was now current on his mortgage payments.

But the irony is all BofA's. Bank of America is following an all-too-common mechanism among corporate management. When executives have messed up beyond any forgiveness, they decide to launch PR and advertising campaigns to try and convince the public that they are the polar opposite of public perception rather than actually change how they do business. It's not the first time that the bank has tried to counter its self-made reputation.

Only this time, Bank of America decided to toss some money Facebook's way. (Hey, guys, any of that cash from the bailout, by any chance?) Here's a copy of what tr ig kept seeing in the right margin on his Facebook page:

Notice that there's no mention of Bank of America in the ad. Just a request to "like" the idea of community being important in this country. An action that translates into a like for the BofA Building Opportunity Facebook fan page. Not only is the bank trying to change public opinion, but it's also trying to gain support for its marketing efforts without actually mentioning its own name. Maybe it's afraid that a lot of people might not click like if they knew who was really behind it.

You might wonder if some marketing executive gets a bonus if the number of Facebook likes for the bank goes up. "But that's so cynical," you say. Perhaps. However, this is Bank of America.