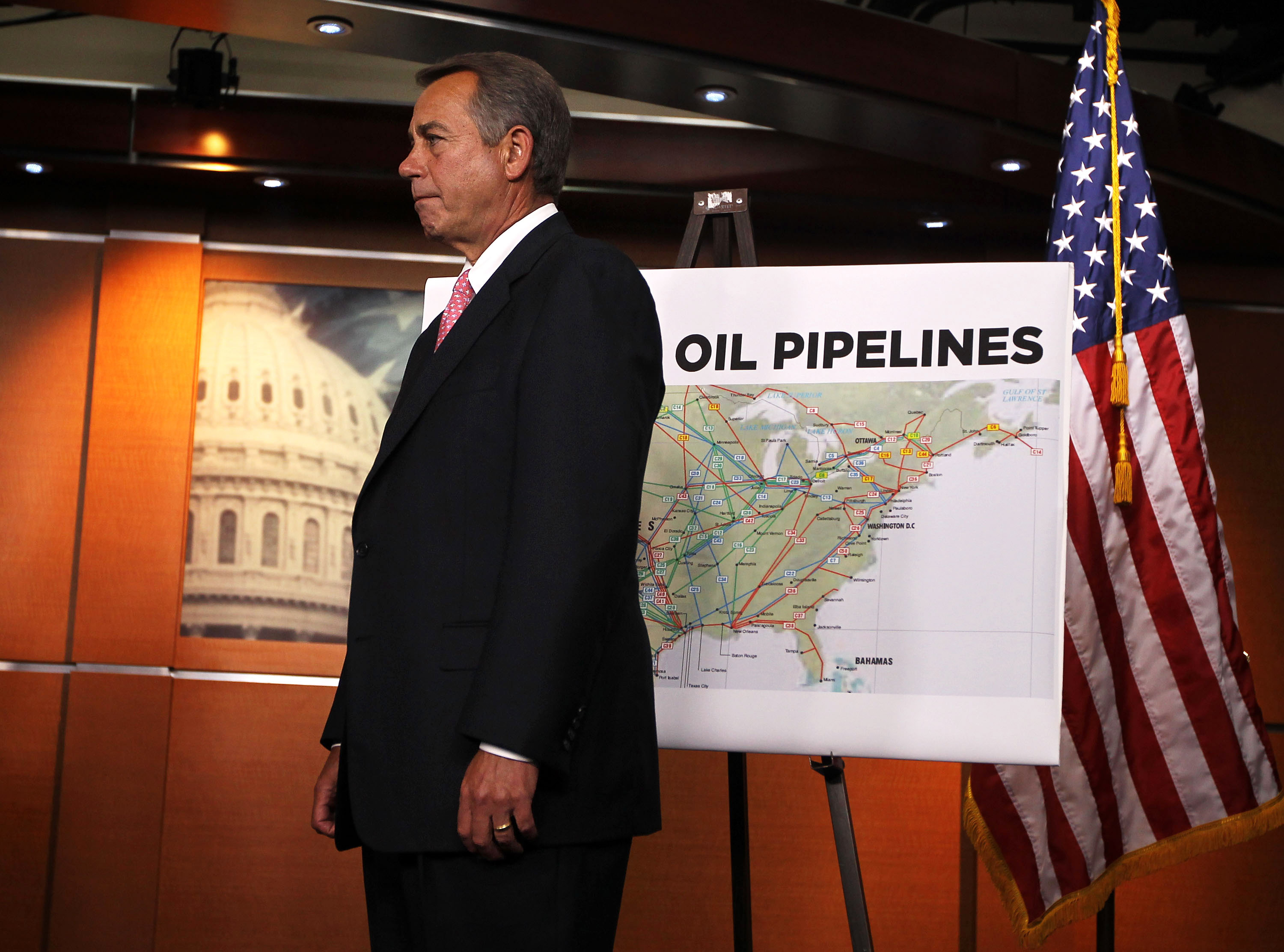 House Speaker John Boehner's guests at tonight's State of the Union address include proponents of the Keystone XL pipeline that President Obama rejected earlier this month.

Boehner's decision to invite backers of the controversial $7 billion, 1,700 mile underground oil pipeline is meant to hammer home Republican opposition to Mr. Obama's decision to block the construction of the trans-national pipeline, which would link the tar sands fields of northern Alberta to oil refineries on the Texas Gulf Coast.

Early look at Mr. Obama's State of the Union speech:

Republicans say the TransCanada Pipeline would create 20,000 jobs (though that figure is hotly contested) and lessen America's dependence on foreign oil. They vowed at their annual Republican retreat last week to keep up the pressure on Mr. Obama to approve the pipeline.

Boehner says the president is responsible for "destroying tens of thousands of American jobs and shipping American energy security to the Chinese" by blocking the pipeline, at least temporarily. At a news conference today, he said "The president's policies have made our economy worse."

Mr. Obama decided last week to block the pipeline from moving forward, saying there was not enough time for an environmental review of the project by a Congress-enforced deadline. The administration originally planned to put off a decision until after the 2012 elections, but Congress forced his hand in December when Mr. Obama was seeking an extension of the payroll tax cut, setting a short-term deadline for a decision.

Invited guests to the State of the Union are often chosen to make political statements. Sitting with First Lady Michelle Obama will be Debbie Bosanek, millionaire Warren Buffett's secretary, who was invited to underscore Mr. Obama's advocacy for the "Buffett Rule" mandating that the wealthy pay at least the same tax rate as the middle class.

Three of Boehner's guests are employees of refineries or pipe producers that he says would benefit from the Keystone pipeline. They are Ray Brooks, who works with Marathon Petroleum Company in Robinson, Illinois; Jay Churchill, also from Illinois, the manager of a Conoco Phillips' refinery; and Dale Delie, president of Welspun Tubular LLC, an oil transport pipe producer. The fourth guest is pipeline advocate Chris Langemeier, a Nebraska state senator.

First elections to be held since Roe ruling: Here are the races to watch Tuesday
Leigh Ann Caldwell