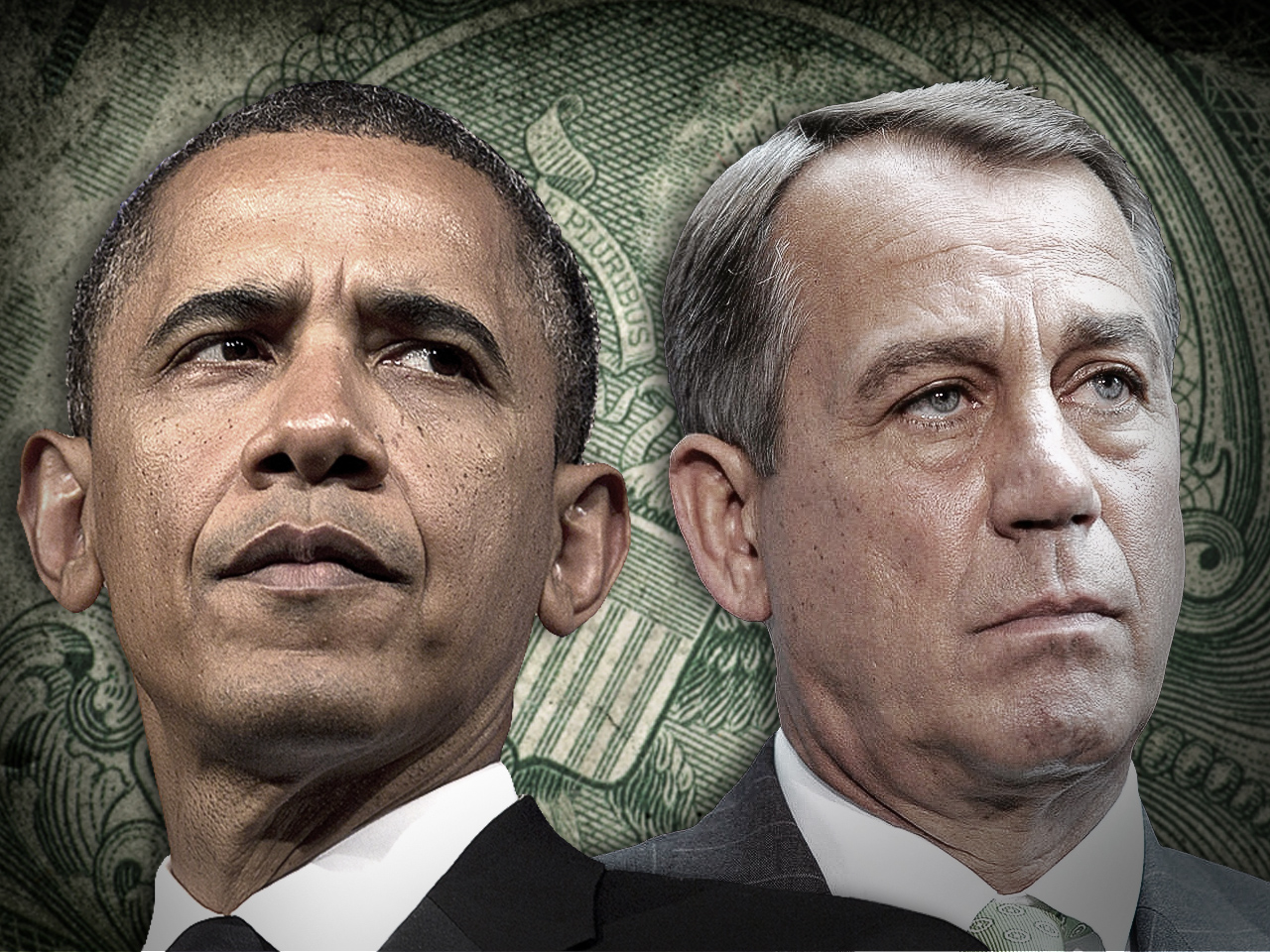 Though many differences remain, President Obama and House Speaker John Boehner have never been closer to a deal, numerous congressional and White House sources confirm to CBS News.

Sources familiar with the Friday call from Boehner to Mr. Obama, placed after the president's emotional statement on the Connecticut elementary school massacre, was the most productive of the fiscal cliff process.

This was the first time Boehner put higher income tax rates on the table and numerous sources said that broke the logjam in the talks. In theory, a deal could be struck by midweek.

Neither side is predicting this outcome, merely acknowledging, in ways they never would have before, that it is theoretically possible to pull everything together that fast. But significant obstacles remain.

Here are the broad outlines of Boehner's proposal:

Since the revenue component is the most important, here is a summary of the Boehner offer, as confirmed by numerous sources familiar with the talks.

Within the this tax revenue proposal, there are some snags. The White House doesn't want to credit the $60 billion in CPI changes as revenue increases, thus argues Boehner's under the $1 trillion revenue threshold Obama considers crucial to a deal. More broadly, the White House has not agreed to any CPI adjustment.

Boehner also said his offer to raise income tax rates was contingent upon nearly dollar-for-dollar entitlement cuts - principally to health care programs. Those familiar with the talks say Boehner asked for an unspecified increase in the eligibility age for Medicare - something Mr. Obama has yet to embrace and that many House and Senate Democrats have preemptively ruled out.

Under Boehner's proposal, nearly all of the scheduled across-the-board spending cuts under sequestration would be waived. They would be replaced by the entitlement cuts. Both sides are analyzing sliding scales of entitlement and discretionary cuts to find the right political balance.

And here is the area where the most trouble could come. Democrats could well balk at entitlement savings of that size, especially if taxes are only being raised on households earning $1 million and above. The White House considers the Boehner bid on entitlement cuts too large and doubts it can pass the House or Senate because Democratic votes would be needed in both chambers. Republicans argue the $1 million threshold for higher marginal rates was embraced by House Minority Leader Nancy Pelosi - to which Democrats argue that rate was never tied to dollar-for-dollar entitlement cuts.

This remains a significant hurdle to a deal.

Since Friday, Mr. Obama's top legislative liaison, Rob Nabors, and Boehner's two top aides - Mike Sommers and Bret Loper - have exchanged regular emails and phone calls to negotiate numbers and policies that might add up to a deal. Unlike previous conversations, sources say these talks have a genuine give-and-talk quality to them and efforts appear more geared to finding solutions than holding inflexible positions.

Still, the contours of a deal remain fluid and the politics of winning passage for any deal remain tricky. Sources say Boehner's won clearance for his $1 million tax increase plan as a way of forestalling a complete GOP capitulation to the favored Obama threshold of $250,000. But matching Boehner's revenue number with equivalent entitlement cuts could be more than the White House or congressional Democrats can or will tolerate.

If a deal is possible remains an open question. That a deal is genuinely being pursued no longer is.