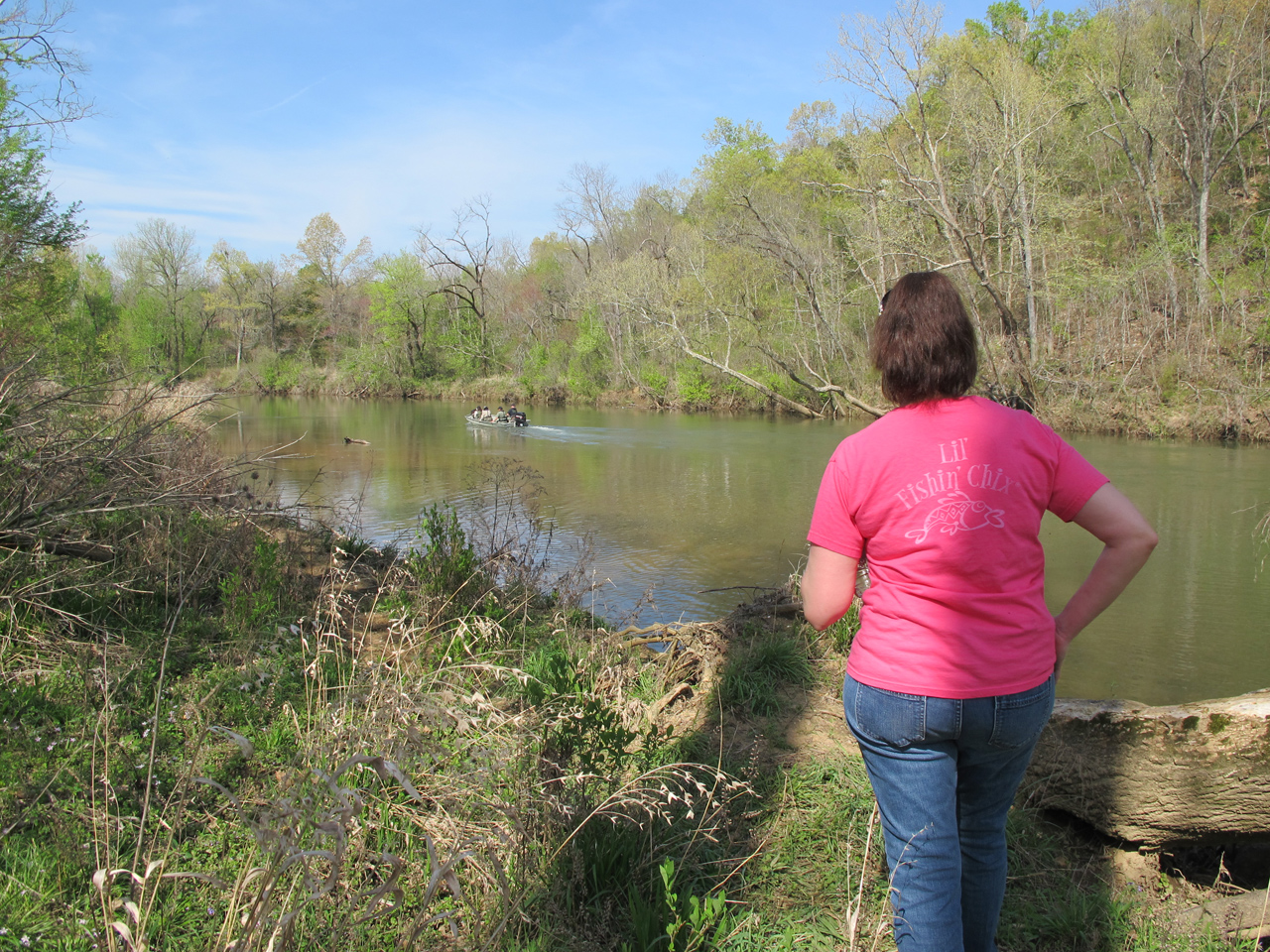 (AP) LITTLE ROCK, Ark. - Searchers found the body of a 4-year-old boy Wednesday in the river at an Arkansas Boy Scout camp where he was tagging along with his aunt last weekend.

Chris Bruner told The Associated Press that the body of his nephew, Caleb Linn, was recovered from the South Fork of the Spring River.

Caleb went missing Saturday at the 900-acre Kia Kima Scout Reservation near Hardy, Ark. Searchers in boats and on horseback, foot and four-wheelers scoured the valley for days before finding two shirts he had been wearing in the river on Tuesday afternoon. His body was found less than 24 hours later.

"As long as we have each other, it's OK," Bruner said.

Authorities narrowed their focus to the water late Tuesday and called off the ground search for Caleb. He had gone with his aunt and several other children to help clear storm debris from a bridge at the camp that his aunt was looking after while the regular caretaker was away.

When five of the children left to go back to the cabins around lunchtime, Caleb asked if he could follow. His aunt told him he could, but that he had to stick to the road, Fulton County Sheriff Buck Foley said. The last she saw of him before she turned around to resume her work, he said, was Caleb standing at the end of the bridge.

Hundreds of volunteers turned out to help in the search, and divers cleared debris and stuck an underwater camera beneath the bridge and under ledges where they couldn't get a clear view. Dry and unseasonably warm weather had lent hope to Caleb's chances of survival. Even after searchers found the shirts he was wearing the day he disappeared, Caleb's great-grandmother held out hope someone would find him alive.

"Just because they found the clothes doesn't mean we give up hope," Carolyn Truex said Tuesday evening.

Arkansas State Police spokesman Bill Sadler said searchers found Caleb's body in the river about a half-mile from the bridge where the boy was last seen. His body was to be sent to the state crime lab.

Foley declined to comment Wednesday until after he talked to some of Caleb's relatives and didn't return a message left later on his cellphone. Earlier Wednesday, he said divers and searchers in motorboats and canoes were planning to scour the river again for the boy.

Family members, including Bruner, had fought their way along sandy trails and through thorny branches that would snap back with a thwack as they searched for Caleb on Tuesday. Another uncle, Joey Dawson, even swam to a small island in the middle of the river, just in case Caleb had gotten stranded there.

Caleb's mom and stepdad had travelled from their home in Springdale, 150 miles west of Hardy, and have been staying at one of the cabins while searchers looked for the boy.

Shortly after searchers found Caleb's body, his family started to grieve near the bridge where he was last seen. Bruner says they'll likely bring his body back to northwest Arkansas for a funeral there. In the meantime, a memorial fund has been set up to help Caleb's family pay for his funeral.

"We have a little bit of money, but it's nothing like what he deserves," Bruner said. "We'll do what we can with what we have."