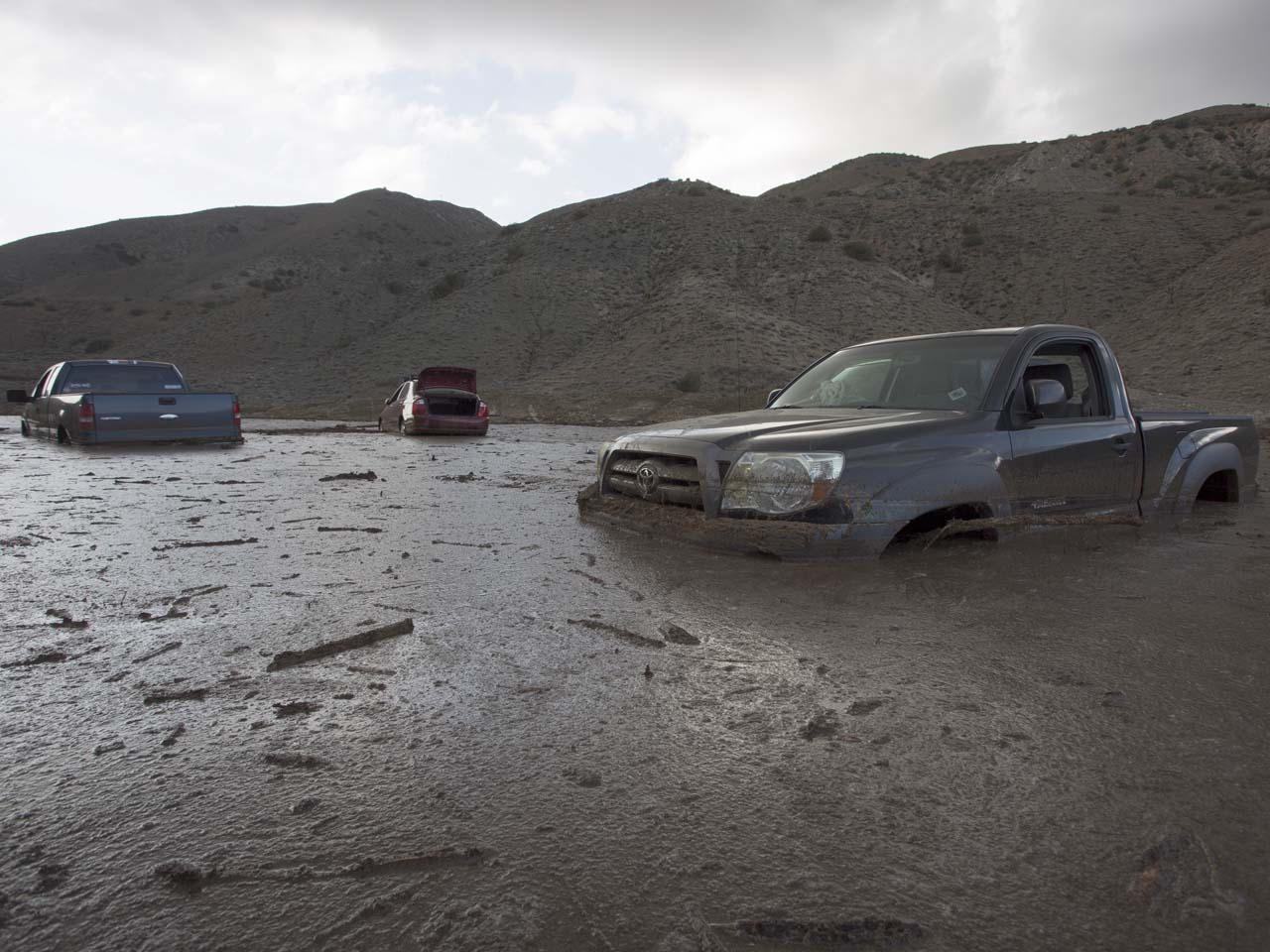 PALMDALE, Calif. -- A body and a car buried under feet of mud were found Tuesday at the scene of a flash flood that inundated a Mojave Desert road northeast of Los Angeles last week.

The Los Angeles County Fire Department began digging up a car buried under 6 feet of mud that was found in a drainage culvert off the road, authorities said.

Homicide investigators were sent to the scene after the body was found around 1 p.m., sheriff's officials said.

It could be the first death related to a storm last Thursday that sent a wave of water sluicing through the Antelope Valley roadway and foothill areas of the Tehachapi Mountains farther north.

He was one of hundreds of people stuck on Highway 58 when torrential rains hit Southern California last Thursday.

"I looked and coming off the mountain there was just a river of water coming down," Quintana remembered. "I was really concerned that we were going to get washed away."

Meanwhile, efforts to find a 67-year-old man swept away during flooding in those foothill areas were suspended Tuesday because deep, wet mud in the area made the search too dangerous.

Much of the half-mile-long search area was covered in up to 6 feet of muck and debris, according to Kern County sheriff's spokesman Ray Pruitt.

"The searchers said it's like wading into quicksand," he said. "It's just not safe."

Officials hoped to resume the search later for Richard Harvell, who was hit by mud and water as he tried to climb into his truck.

Harvell had been camping in the flash-flood zone with a childhood friend who watched helplessly as he was washed away, Harvell's daughter Susan Garcia said Monday.

Garcia said the family was holding out hope that he's still alive.

The search area is south of State Route 58 in Tehachapi, where massive debris flows trapped more than 100 cars, buses, RVs and big-rig trucks.

Crews hauled away the last of the trapped vehicles Monday but tons of hardened mud still needs to be removed before traffic starts flowing again, officials said.

A small army of dump trucks, bulldozers and other equipment hauled away 65,000 cubic yards of mud by midday Tuesday with another 10,000 cubic yards to go, said Florene Trainor, a spokeswoman with the California Department of Transportation.

The highway 80 miles north of downtown Los Angeles was expected to reopen Thursday, she said.