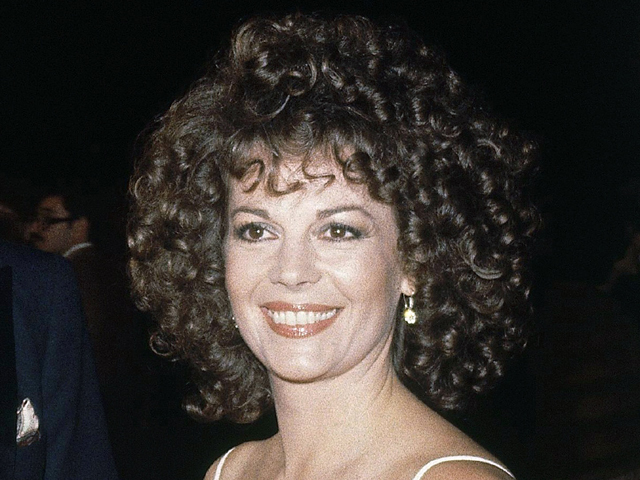 Los Angeles homicide detectives will be holding a news conference today to explain why they're taking a new look at the death of Natalie Wood.

The actress drowned in the waters off Southern California 30 years ago this month, after a stellar career that began when she was a young girl. She starred in classics from "Miracle on 34th Street" to "Splendor in the Grass" and "West Side Story." She also made headlines by marrying actor Robert Wagner, divorcing him, then re-marrying him years later.

Watch a preview of the special "48 Hours" report now

In 1981, Wagner and Wood invited Christopher Walken to join them for Thanksgiving on their yacht, "The Splendour."

The official story is that Wood was drinking heavily and somehow fell into the water from a rubber dingy. Her death was ruled an accident. But now, an investigation by "48 Hours" and Vanity Fair magazine has uncovered new evidence.

The captain of the boat that night, Dennis Davern, told "48 Hours" "That story is 100 percent false. Natalie would never, in a million years, take that dingy out by herself. She would've gotten me."

He added, "I just didn't want my whole life to go by without having the truth come out."

Sam Kashner, contributing editor of Vanity Fair, said it was difficult for Davern -- both confidant and Wood's bodyguard -- to tell this story.

Kashner said, "Dennis Davern's story has changed -- he's even sold it. Some people question his motives, but others believe he holds a dangerous truth."

On "The Early Show" Kashner said he spoke with Davern back in 2000 and he told him the account given to police by himself, Wagner and Walken when Wood died was "pretty much bogus" and "not the real account of what happened that night."

Kashner said, "Dennis Davern was the only person to come forward because his conscience was bothering him all of these years. He felt he was there to serve and protect Natalie Wood and he was the captain of this boat and so he felt that -- he felt compelled to tell what he said was the true account of what happened that weekend."

Kashner added another person, a woman who was moored near Wood's boat, said she heard a woman's cry for help.

"The Early Show" co-anchor Erica Hill remarked, "It's a story that has fascinated so many people. This gorgeous young woman that we know who had this deadly fear, it was described, of dark water. Ultimately, you know, finding her death in that, it has apparently haunted the captain of the boat. You say he was really haunted by it?"

"Oh, absolutely," Kashner said. "I think that is why he finally came forward. It was always believed that Natalie Wood just disappeared from the boat during a pleasant weekend with Chris Walken as their guest, and in fact, that's not what happened. In fact, Dennis Davern characterized that Thanksgiving weekend as the Thanksgiving from hell."

Co-anchor Jeff Glor remarked, "It was all about this dingy?"

Kashner said, "Well, that was the reason given for why she perhaps fell into the water, that..."

Glor said, "She was trying to secure it?"

"Right. Right," Kashner said. "But Dennis insists that the dingy was secured with two strong, powerful cables. And it's a rubber dingy. I mean, how much noise could it have made, you know? And furthermore, he said that she would never have gone in that dingy or attempted to go in the dingy by herself. As you say, she had a dread of dark water."

The Associated Press notes It is not the first time Davern has contradicted statements he and others made to investigators after Woods' death, and Vanity Fair magazine notes that he has told his story through tabloids and has been shopping for a book deal for years.

The full report will appear on "'48 Hours' Presents Vanity Fair: Hollywood Scandal" this Saturday night at 10 p.m. ET/PT on CBS.