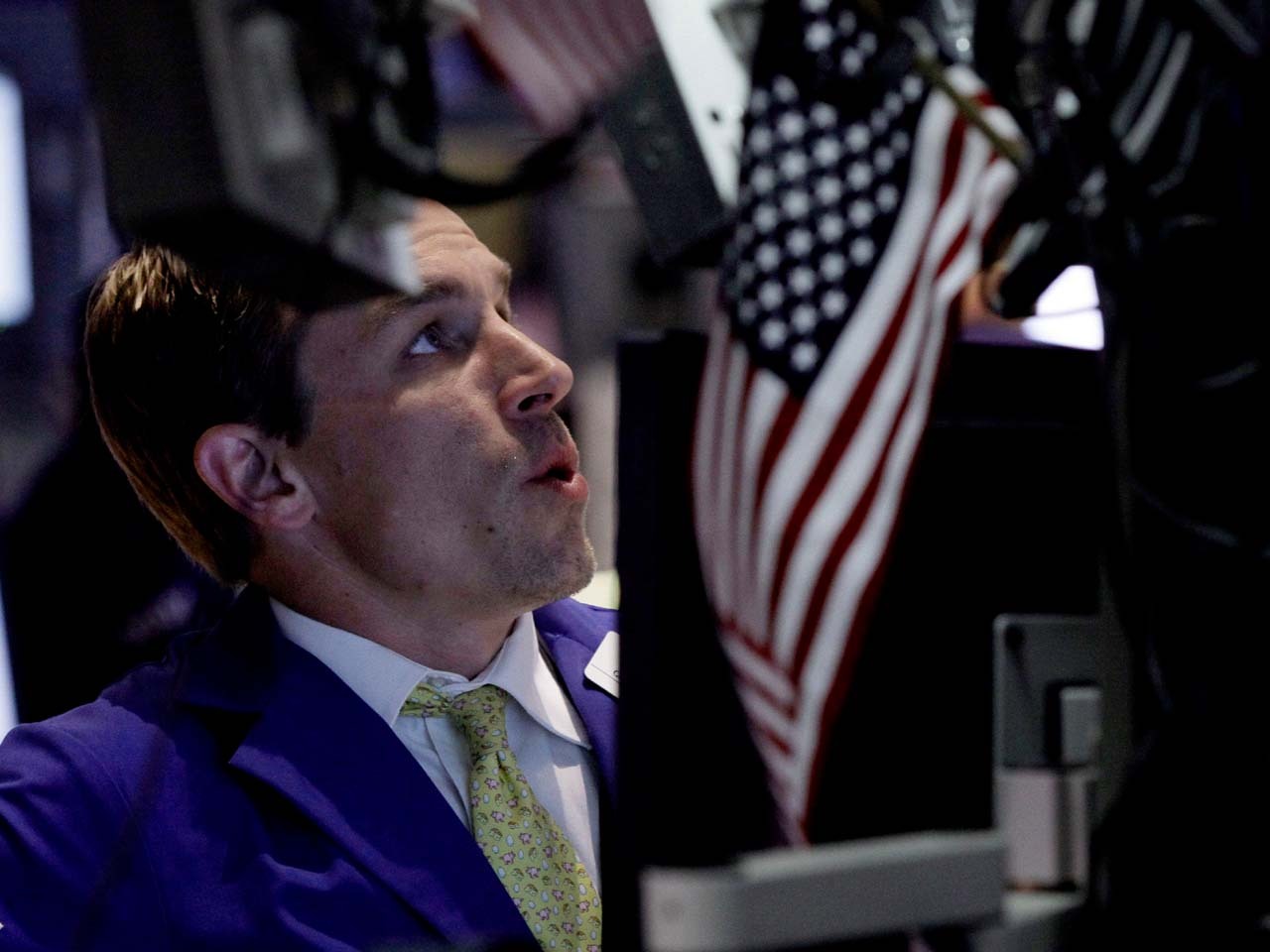 The Dow was up 43 points at 12,660 in the first hour of trading. The Dow is coming off three triple-digit losses in a row.

The rise and fall and rise of Priceline.com

Boeing rose 99 cents, or 1.4 percent, to $73.02 after surprising investors with higher earnings. The aircraft maker also raised its profit forecast for all of 2012.

Caterpillar, which makes mining and construction equipment, rose $1.67, or 2 percent, to $83.10. The company blew away analysts' estimates with a 67 percent surge in profits for the second quarter. Caterpillar credited strong sales of mining equipment overseas and a strengthening housing market.

Shortly after the market opened, a report on new home sales punctured any sense of optimism about a recovery in the housing sector. The Commerce Department said sales of new homes plunged 8 percent last month to the slowest pace in five months. Sales in the Northeastern U.S. plummeted 60 percent.

The steep decline suggests a weaker job market could make the housing recovery slow and uneven. The stock market weakened after the report came out at 10 a.m. Home builders were hit particularly hard. Beazer Homes fell 10 cents to $2.38 and KB Home lost 26 cents to $9.38.

In other corporate news, Netflix (NFLX) dropped $17.60, or 22 percent, to $62.77. The movie streaming company and DVD-by-mail company reported late Tuesday that its net plunged 91 percent. Netflix's licensing fees rose and the company is facing stiff competition from other video providers.