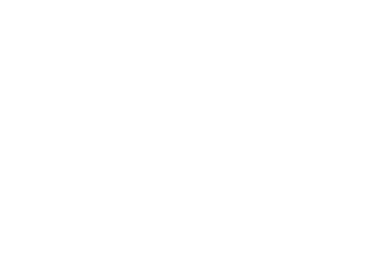 Hard to believe it's been almost 75 years since ditzy flapper Blondie Boopadoop fell for bumbling Dagwood Bumstead in a love match made in the funny papers.

In those days, Dagwood was a rich playboy whose snooty parents greatly disapproved of the union. When he and Blondie married in 1933, the J. Boling Bumsteads disinherited their son, relegating him to a modest suburban life of raising kids, carpooling, battling blowhard boss Mr. Dithers and making really big sandwiches.

Now one of the most famous married couples in the world in one of the most widely read strips in comics history, Blondie and Dagwood are celebrating the milestone anniversary this summer in a running story line featuring cameos by their comics-page cohorts, whose creators also will pay tribute to "Blondie" by inviting the happy couple into their own panels.

Garfield, Beetle Bailey, Hagar the Horrible, baby Marvin, Dennis the Menace, Dilbert, the kid from "Zits" and others - a virtual who's who of the funnies - will drop in and out as the Bumsteads plan a huge party for an unspecified wedding anniversary to be celebrated in the Sunday comics Sept. 4. President Bush and wife Laura are also set to make an appearance.

Introduced by cartoonist Murat "Chic" Young on Sept. 8, 1930, "Blondie" is now written seven days a week by his son, Dean, who took over when his father died in 1973, and artist Denis Lebrun. Reaching about 250 million readers in more than 2,000 newspapers in 55 countries, "Blondie" ranks among the top five most popular strips in newspaper comics surveys year in and year out.

"It's survival of the funniest - it's like Darwinian evolution on the comics page," says "Hagar the Horrible" cartoonist Chris Browne. "It's such a funny strip. Humor really comes out of honesty, and there's a lot of honesty and lot of stuff we recognize in 'Blondie."'

The Bumsteads have been depicted on a U.S. postage stamp, featured in a Library of Congress exhibit and inspired movies and a TV series. An overstuffed sandwich is known in pop culture lexicon - as well as in Webster's dictionary - as a "Dagwood." "Blondie" is an American institution, translated into more than 30 languages.

"God bless my daddy," the jovial Young says in an interview in his Clearwater Beach studio. "He was the genius who created this wonderful menagerie of characters. A monkey could do my job with the characters I have to work with. He left me this cast of characters and this dominant gene."

Dean Young, 65, has shepherded the Bumsteads through myriad modern day travails and family upheavals, including Blondie going off to work in her own successful catering business, a plot twist that made international headlines in 1991.

Twice in 75 years, though, it looked as if "Blondie" could go the way of "Terry and Pirates" and "Krazy Kat" into comics oblivion. The first time, during the Depression when hard-luck Americans tired of the flapper comics predominate in the day, Chic
Young solved the problem by having Blondie and Dagwood marry and transition to a life of domesticity.

The second rough patch came in 1973 when Chic Young died of emphysema at age 73. Some 600 newspapers dropped the strip on that basis, despite Dean Young taking over after working alongside his dad for a decade. He rescued "Blondie" that time by modernizing the characters' situations and the Bumsteads' marriage, eventually getting back the papers he lost and adding 700 more.

Cartoon characters have been known to cameo in each other' strips from time to time, but nothing like what's happening in this summer's tribute. Browne notes that Hagar the Viking will have to travel 1,000 years through time to show up at the Bumstead's gala.
Garfield, of course, will be looking forward to the food.

Young attributes the strip's longevity to the quality of the art and the gags, but also to Blondie and Dagwood's strong bond over the years.

"You need to have lovable characters for people to like you," he says. "And I think a lot of that has to do with the love that Dagwood and Blondie have for each other in the comic strip. Look at all the dysfunction that's going on everywhere, and here's a man
and wife - they love each other and they've loved each other all these years.

"The passion continues undiminished. And hopefully it's funny, too."