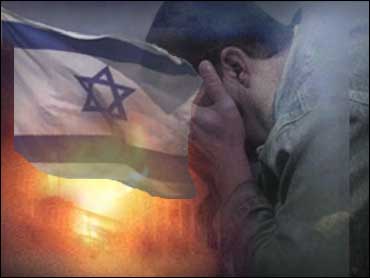 A suicide bomber blew himself up among a group of teens near a crowded shopping mall in the seaside city of Netanya on Tuesday, killing himself and two others. Police said about 30 people were injured, two seriously.

There was no immediate claim of responsibility from a Palestinian militant group. However, police announced they had arrested an Islamic Jihad suspect in connection with the bombing. Islamic Jihad said in a statement after Tuesday's attack it remained committed to the cease-fire.

Also Tuesday, one Israeli television station reported that a car bomb exploded next to Shavei Shomron, a Jewish settlement in the northern West Bank, while another said the driver was hurt in a huge blast caused by gas canisters in the car.

Neither station reported any casualties. The military had no immediate comment.