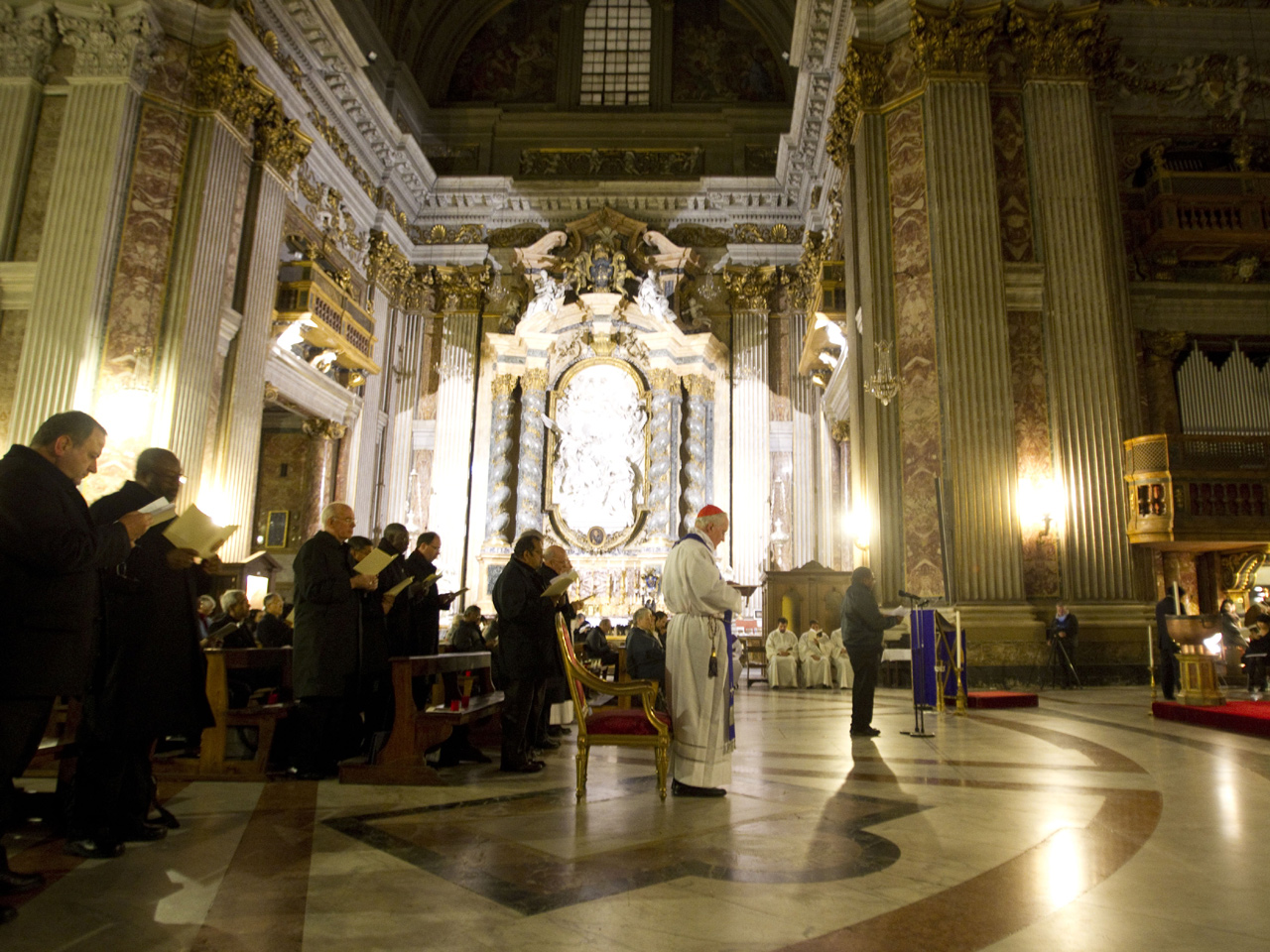 ROME - Priests who rape and molest children lie when confronted with an accusation but victims usually tell the truth, psychologists told Catholic bishops at a symposium Tuesday, advising them to listen first to the victims.

The message came during a Vatican-backed meeting on clerical sex abuse that aimed to help bishops draft and enforce tough policies to protect children and root out pedophiles from the priesthood. Priests and bishops from about 100 countries were attending the four-day symposium at Rome's Pontifical Gregorian University ahead of a May deadline to deliver their sex abuse policies to the Vatican.

Survivors of clerical abuse have long said that once they summoned the courage to denounce their abusers to church leaders, Catholic bishops often dismissed their accusations and instead accepted the word of their priests, whom bishops consider their brothers and sons in the priesthood.

That pattern led to decades in which bishops shuffled pedophiles from parish to parish, protecting the church's reputation at all costs, while victims were left to feel like they were to blame for the abuse.

Marie Collins, who was assaulted as a 13-year-old by a hospital chaplain in her native Ireland, told the bishops that dynamic led to multiple hospitalizations later in life for anxiety and depression. She told her story of abuse and how the church's response to it -- refusing to believe her, telling her it was her fault and taking the priest's word over hers -- made the initial trauma even worse.

"I was treated as someone with an agenda against the church, the police investigation was obstructed and the laity misled. I was distraught," said Collins, who has since become a prominent Irish campaigner in the fight for accountability in the church.

Collins in 1996 went to Dublin's then-archbishop, Cardinal Desmond Connell with her story, knowing that the Irish bishops had just adopted tough new policy to report abusers to police. She said Connell told her that he didn't have to follow the church's guidelines.

Eventually, civil authorities prosecuted and jailed the priest, the Rev. Paul McGennis, and he was sentenced two more times for molesting other children.

Monsignor Stephen Rossetti, a psychologist who for a decade ran a U.S. treatment center for abusive priests, told the conference Tuesday that just like alcoholics or drug addicts, sexually abusive priests often lie when confronted with allegations. They manipulate, they con, they deny, he said.

"There are false allegations to be sure" and it's critical to restore a priest's good name when he has been cleared, Rossetti said in his prepared remarks. "But decades of experience tell us that the vast majority of allegations -- over 95 percent -- are founded."

As a result, he said, trained civil authorities, not bishops, should determine whether an allegation is well-founded. Even if prosecutors don't proceed with a criminal case, either because too much time has passed or evidence is lacking, bishops should form an advisory panel of law enforcement, mental health and canon law experts to investigate and decide how to proceed, Rossetti said.

The Vatican, however, has been extremely lukewarm to the idea of lay review boards helping bishops decide whether any canon laws were broken or whether a priest should be reported to police.

By ordering bishops conferences around the world to come up with abuse policies by May, the Vatican has diminished the role that lay review boards might have, saying while they may be "foreseen" in some places they cannot substitute for the discernment of bishops.

There have been several high-profile cases in the United States and Ireland, which together have some of the toughest policies, where bishops declined to inform their review boards about abuse accusations and prosecutors later indicted the clergymen.

Collins said the church should sanction those bishops who fail to deal appropriately with pedophiles or fail to follow their own abuse guidelines. She has also suggested that Pope Benedict XVI and others in the church hierarchy ask for forgiveness for their own failures in covering up the abuse.

Late Tuesday, Cardinal Marc Ouellet, who heads the Vatican's office for bishops, presided over a vigil service of repentance in which he and several bishops begged forgiveness for what Ouellet called the "evil" in the church.

"We who were supposed to save the 'least of these,' we have at times become an instrument of evil against them," he said.

Dr. Sheila Hollins, a psychiatrist who participated in a Vatican-ordered investigation of the church in Ireland, said victims need to be heard by the church to start healing from their abuse.

"Not being believed or even worse, being blamed for the abuse, adds hugely to the emotional and mental suffering caused by sexual abuse," she told the bishops. The failure of the priests to admit his guilt, or for his superiors to take appropriate action "further compounds the damage."

Advocates for victims have dismissed the symposium as a farce, saying the only way children will be safe is if the Vatican releases the names and files of known molesters. But organizers say the conference shows an unprecedented commitment by the Vatican to crack down on abuse after years of turning a blind eye.

That said, Rossetti said he had no illusions that the symposium would quickly change a culture that has long protected the institution over victims.

"Children are going to be abused while we're learning, which is a pretty sad state of affairs," he told reporters. "The faster we can change the culture, the better. But it's like pushing a mountain."

"The Vatican is afraid, and it has reason to be. Police with search warrants are confiscating diocesan records in Belgium; a complaint has been filed against the Vatican with the International Criminal Court; the Vatican for the first time has been forced to produce documents in a U.S. civil case; and three dioceses and the orders responsible for abuse in Catholic residential schools have been investigated by the Irish government," he said in a statement.

The sex abuse scandal, which erupted in the 1990s in Ireland and in 2002 in the United States, exploded across Europe in 2010, with thousands of new victims coming forward.

In the conference's keynote address Monday, Cardinal William Levada, who heads the Vatican office that deals with abuse cases, said his office has received more than 4,000 cases in the past decade.

In March 2010, that figure stood at 3,000, the bulk of them from the United States. Vatican officials privately have acknowledged some 400 cases annually are now being reported to Rome, though mostly from places other than the United States.