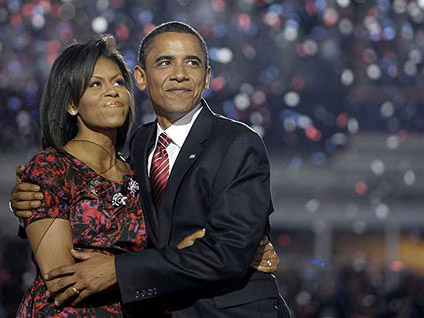 Director James Cameron's 1997 film "Titanic" remains the highest grossing movie of all time. Now playing on Imax screens across the country is "Ghosts Of The Abyss," Cameron's 3-D documentary exploring the ship's wreckage at the bottom of the Atlantic.

Along for the deep-sea expedition was Bill Paxton, who starred in "Titanic" and acts as the documentary's narrator and tour guide from a three-man Russian submersible. He tells Entertainment Contributor Jess Cagle what the experience was like.

"There is a pilot and two observers," explains Paxton. "Going down two-and-a-half miles, it's like going into outer space. It's so remote down there where you're going to see the Titanic. It conjures up all kinds of images. But when you get down there and you see the wreck for yourself, it's very peaceful down there."

That is not to say that there were not nerve-wracking moments in his voyage.

"There were moments where I thought, 'Gee, I'd like to go now. Let me wake up now from this dream.' I remember kind of being up next to the ship, and we were right against the wall of the hall, kind of halfway back on the bow section thinking, 'This thing's just going to swallow us up.' So you get that kind of creepiness. You are in a Davy Jones' locker. And you know that most people who have gotten down there had to earn it with their lives," Paxton explains.

In order to give the audience an unprecedented view of the ship, Cameron used a new breed of underwater camera and lighting system to photograph parts of the wreckage that had never been seen before.

The actor says it was easy to forget he was in a submarine. "When you're in the sub down that deep, this thing becomes kind of your eyes, not your ears, but your eyes, you're watching these monitors. Very quickly, you forget that you're not inside the dining room of the ship, but no. You're down in the sub. So it was great," he says.

The experience was extraordinary, he notes. "To be there for the first time was wild. I think there's a moment in the documentary where I say, 'We're inside the Titanic.' You know, somebody pinch me," Paxton says with a chuckle.

When asked if his family was concern about his safety, Paxton says his wife was a little apprehensive at fist. He says it helped that she trusted Cameron.

"Jim's smart. He's cultivated Louise over the years. So, she likes Jim. One of the few people I work with she actually likes. No. But, I kind of downplayed it too. I told her I was just going to really be maybe mixing Bloody Marys while Jim and company went down below. I didn't realize I was going down four times. To be honest with you, after about two trips down, I thought, 'Maybe-- maybe this is enough,'" he says with a smile.