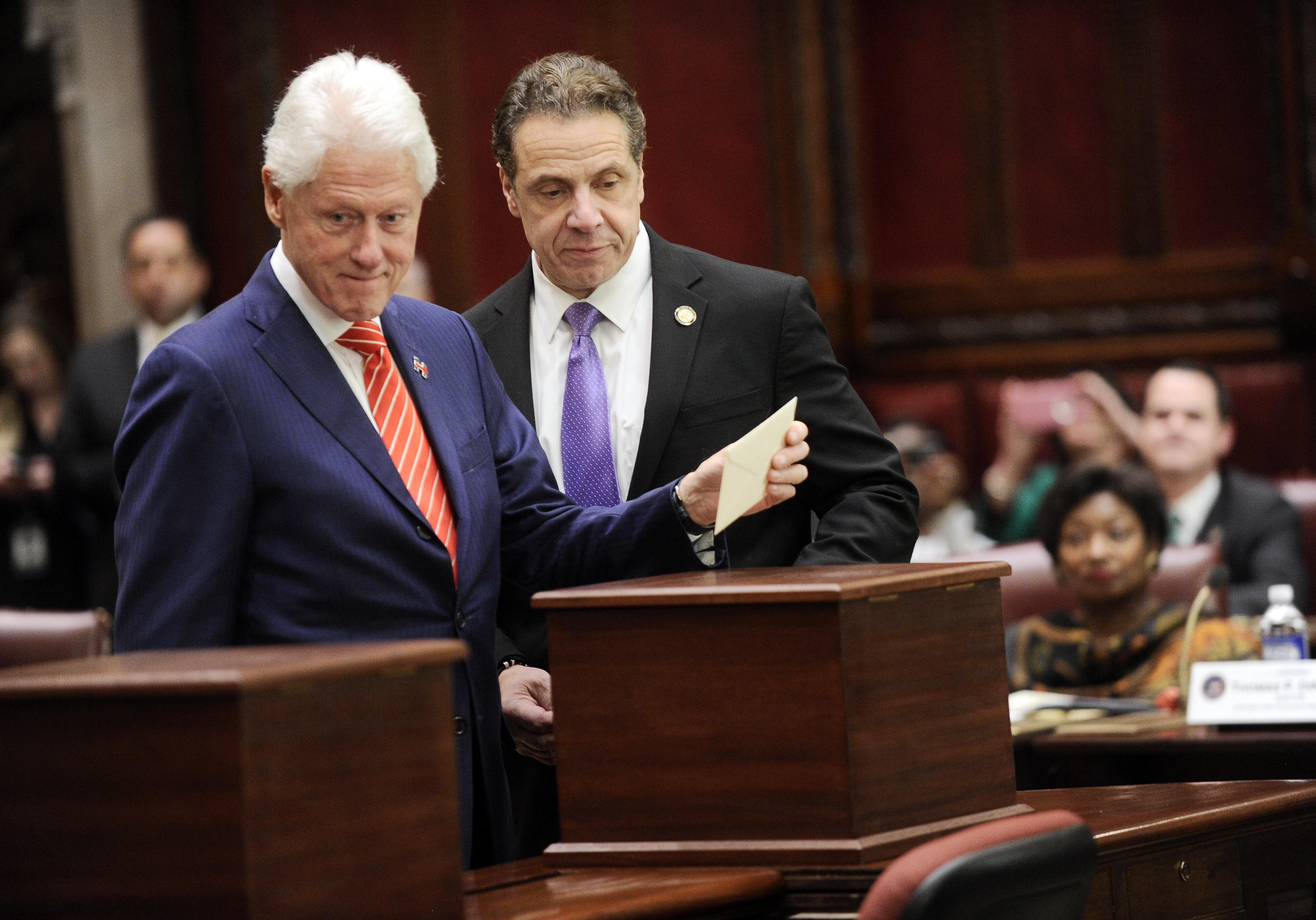 Former President Bill Clinton on Monday commented on his wife’s Electoral College loss as electors like himself cast official votes for president and vice president Monday, but touted her popular vote achievement nationally.

“I’ve never cast a vote I was prouder of,” Clinton told reporters after voting for Hillary Clinton in Albany, New York on Monday as one of the state’s Democratic electors.

He then weighed in on her ultimate loss and said that in the end, she couldn’t prevail against the FBI and the Russians.

“You know, I’ve watched her work for two years. I watched her battle through that bogus email deal, be vindicated at the end when Secretary Powell came out. She fought through that. She fought through everything. And she prevailed against it all but at the end we had the Russians and the FBI deal and she couldn’t prevail against them,” he said. “She did everything else and still won by 2.8 million votes.”

Speaking to donors Thursday night, the 2016 Democratic presidential nominee attributed her general election loss to the “unprecedented” events of Russian interference through cyberattacks.

“Putin publicly blamed me for the outpouring of outrage by his own people, and that is the direct line between what he said back then and what he did in this election,” she said, according to audio obtained by The New York Times. “He is determined to score a point against me which he did. But also undermine our democracy.”

The electoral vote counts on Monday will be sent to the government by the end of this month and on the afternoon of Jan. 6, the vice president, Joe Biden, is expected to open the electoral votes before a joint session of the new Congress where they will be officially counted.