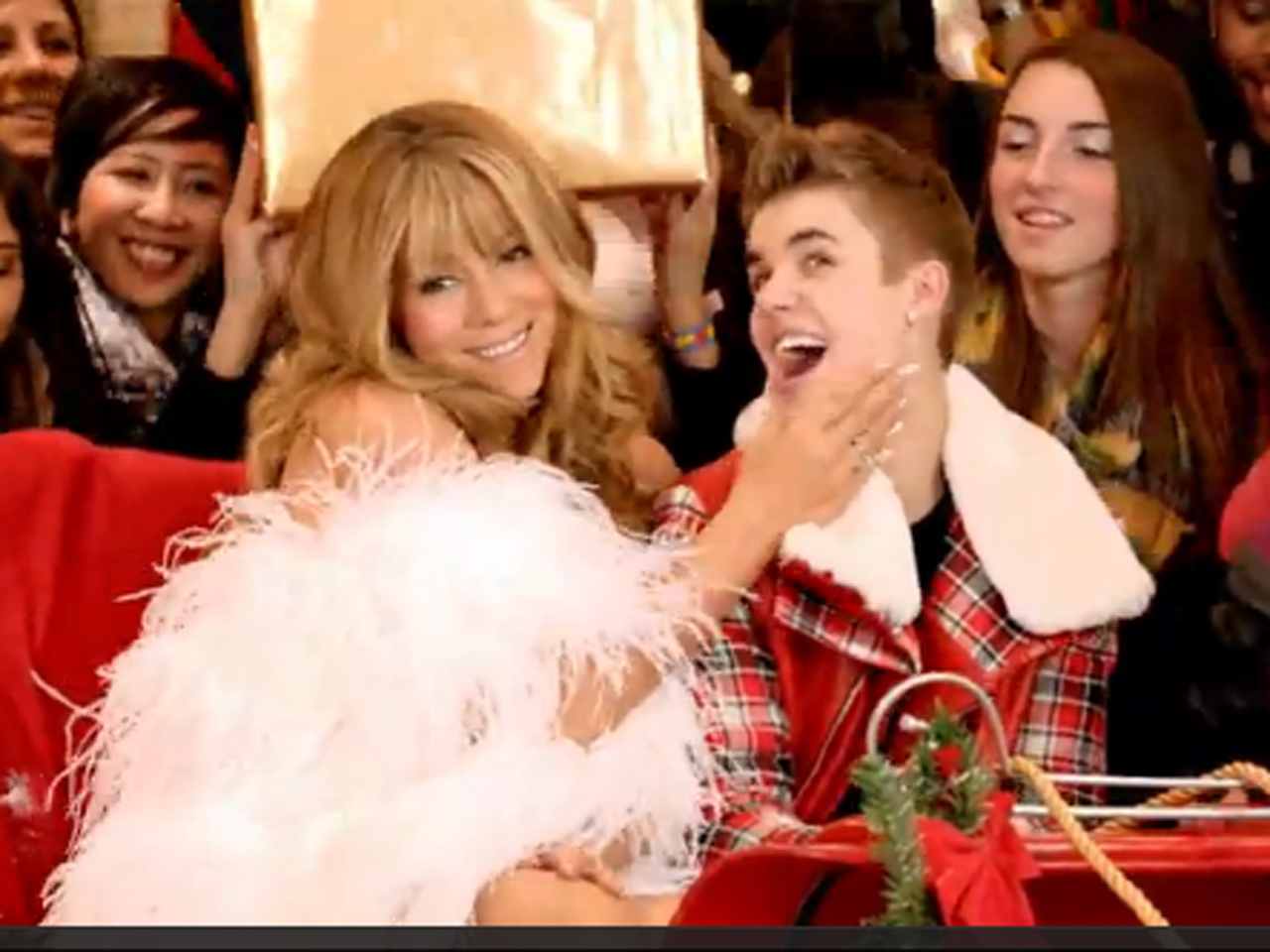 (CBS) All Justin Bieber wants for Christmas is Mariah Carey, and vice-versa. At least that's how it appears in the newly-released video for "All I Want for Christmas," a remake of Carey's 1994 hit, which appears on Bieber's latest "Under the Mistletoe" album.

The video finds Carey, 41, dressed in a sexy Santa outfit, flirting with the 17-year-old Canadian superstar. It takes place inside a department store, as Bieber and his entourage are seen loading up their shopping carts with goodies.

Carey shows off her slim post-baby body in the clip, which was recorded last month and also features appearances from The Band Perry and Boyz II Men.

The holiday video debuted at NBC's annual Rockefeller Christmas Tree Lighting ceremony on Wednesday, and it's already raising some eyebrows.

Some people are slamming it in the comments section, located on the official NBC tree lighting page. Critics call the clip "inappropriate" and too risque, even for primetime television.

But it's all in good holiday fun, right? Bieber, for one, thinks so. He tweeted, "HERE IT IS...the NEW VIDEO for "ALL I WANT FOR CHRISTMAS IS YOU" with the great @MariahCarey from my New Album!

Tell us: Do you think the video is risque?