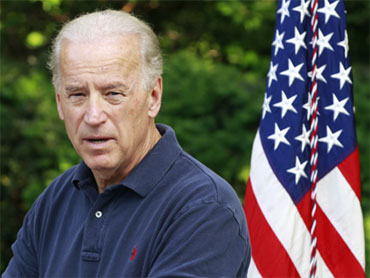 U.S. Vice President Joe Biden made it clear on Tuesday where he stands on the debate about weather illegal file sharing and intellectual property infringement is theft or not.

"We used to have a problem in this town saying this," Biden told reporters at a press conference in Washington D.C. "But piracy is theft. Clean and simple. It's smash and grab. It ain't no different than smashing a window at Tiffany's and grabbing [merchandise]."

Espinel issued a report that included more than 33 recommendations, such as cooperating with foreign governments to go after foreign-based pirate sites. Biden and Espinel were scheduled to discuss how to implement the recommendations following the press conference. Through reporters, Espinel issued a warning to those who infringe on U.S. intellectual property rights.

"We have committed to putting you out of business," she said, adding that copyright owners who are losing money to piracy can rest assure "help is on the way."

Biden and Espinel's comments will likely be welcomed by the large Hollywood studios and recording companies. The entertainment industry has said for years that digital piracy, thanks mostly to the rise of the Internet, is costing them billions and thousands of jobs every year. The Obama administration has appeared very sympathetic to anti-piracy efforts.

In Espinel's report, called the Joint Strategic Plan on Intellectual Property Enforcement, she recommends ways to protect industries that go far beyond the entertainment industries and content creators. Espinel and Biden say that billions of dollars worth of phony goods are entering the U.S. every year and hurt much more than the nation's economy. Biden said manufacturers of tires, airplane parts, pharmaceutical products and even Kevlar vests are plagued by counterfeiters.

Biden said that when counterfeit drugs or wheel assemblies for jet aircraft are bought by unwitting Americans, these phony products can prove fatal.

Greg Sandoval covers media and digital entertainment for CNET News. Based in New York, Sandoval is a former reporter for The Washington Post and the Los Angeles Times. E-mail Greg, or follow him on Twitter at @sandoCNET.