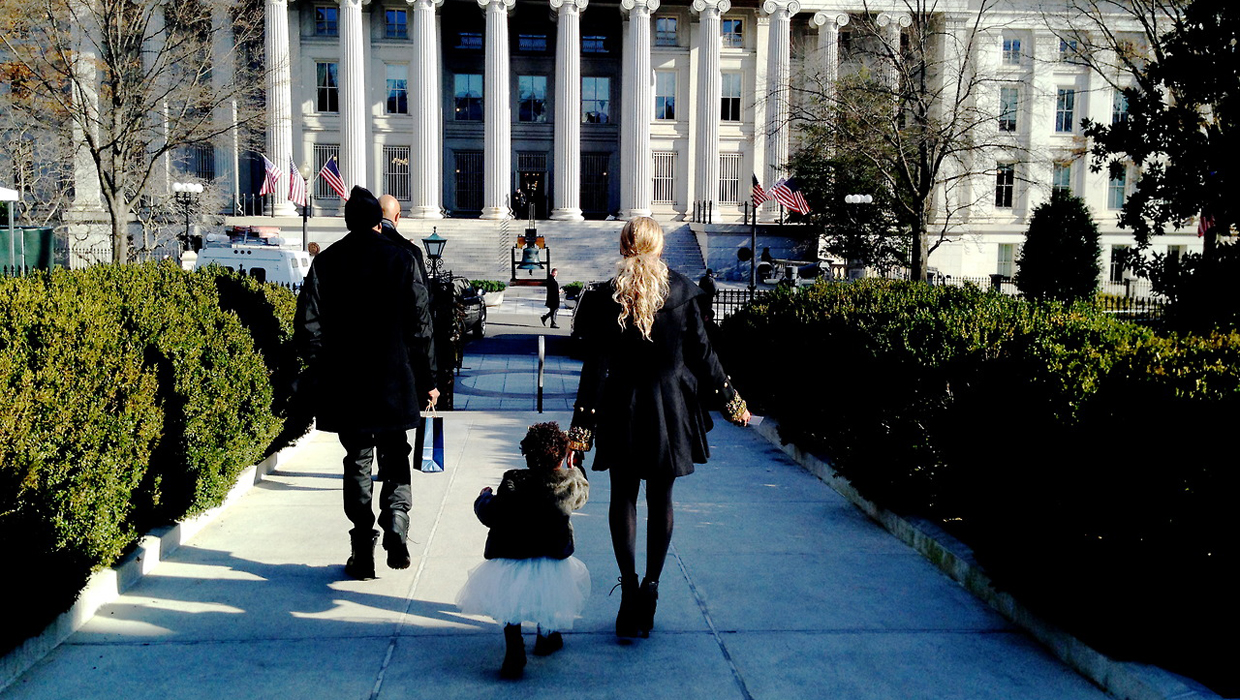 Beyonce was among the performers at first lady Michelle Obama's 50th birthday bash this weekend, and she's shared a few photos from the star-studded soiree.

The "Drunk in Love" singer, 32, posted a few snapshots from the Washington visit on her official blog -- including one of her wearing a sparkly gold minidress and photos of her 2-year-old daughter, Blue Ivy Carter, checking out the White House Christmas tree and petting the Obamas' dog Sunny.

Beyonce reportedly performed a half-dozen of her hits at the party, as first daughters Sasha and Malia Obama watched "in awe."

"We had such a good time with the 1st family in dc tonight ! Now on to the next stop !" Hudson wrote on Instagram, sharing a photo of her and fiance David Otunga.

President Barack Obama was also said to have given a heartfelt speech about his wife at the party, which reportedly ended in the wee hours of the morning.

But don't expect to see pictures circulating from the festivities themselves -- guests were told not to bring their cell phones and there was a check-in area for the devices, the Chicago Tribune reports, as well as signs that told guests: "No cell phones, no social media."