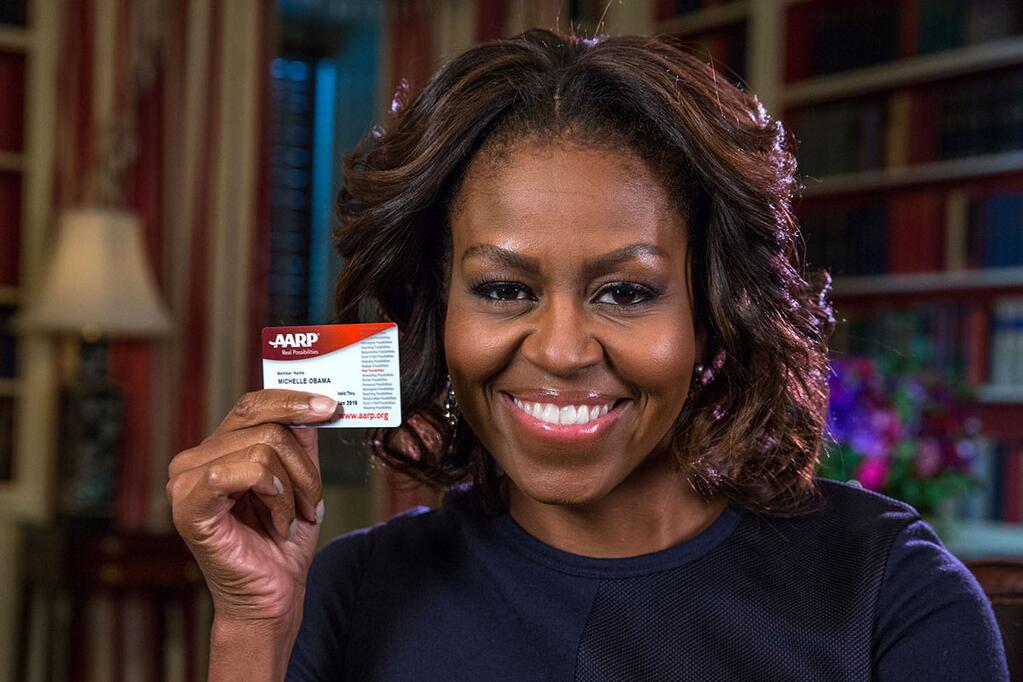 WASHINGTON -- Michelle Obama is celebrating her 50th birthday Friday by spending the day out of sight, with no public appearances after back-to-back White House events this week.

But she tweeted a picture of herself holding up her AARP card. She tweeted, quote, "Excited to join Barack" in the 50-plus club today . "check out my AARP card!" President Barack Obama turned 50 in 2011.
A birthday bash is on tap for Saturday night at the White House. The president has been involved in the planning. Officials are keeping a lid on party details, but guests have been told to come prepared to dance.
According to an invitation obtained by the Chicago Tribune, guests have been instructed to practice their dance moves, wear comfortable shoes, and eat before they arrive.
During an event last month in Washington, she said she wasn't "exactly sure yet what I’m going to do... but it might involve some dancing.”
The McClatchy Washington Bureau reported that reporters at the White House spotted boxes of champagne arriving Thursday.  And rumors of Beyonce and Adele attending and performing at her bash are being swatted down by the White House, McClatchy reports.
She started the celebration earlier this month by spending extra time with girlfriends in Hawaii after her family's holiday vacation there. It was an early birthday present from the president.
In the run-up to the big milestone, she has sat down for interviews reflecting on turning 50.
"I have never felt more confident in myself, more clear on who I am as a woman," the first lady told Parade magazine when asked about the birthday.
And in an interview with People, she didn't rule out using plastic surgery or Botox in the future.
"Women should have the freedom to do whatever they need to do to feel good about themselves," the first lady told People magazine in an interview hitting newsstands Friday, her birthday. "Right now, I don't imagine that I would go that route, but I've also learned to never say never."

Asked whether she has peaked at 50, Mrs. Obama joked that being first lady is "pretty high up." She said she's always felt that her life is "ever-evolving" and she doesn't have the right to "just sit on my talents or blessings."

"I've got to keep figuring out ways to have an impact, whether as a mother or as a professional or as a mentor to other kids," the first lady said, noting that daughter Malia, now 15, will be in college when she and President Barack Obama leave the White House in January 2017. Daughter Sasha, 12, won't be far behind.

"At that point in life, whoa, the sky is the limit," Mrs. Obama said.