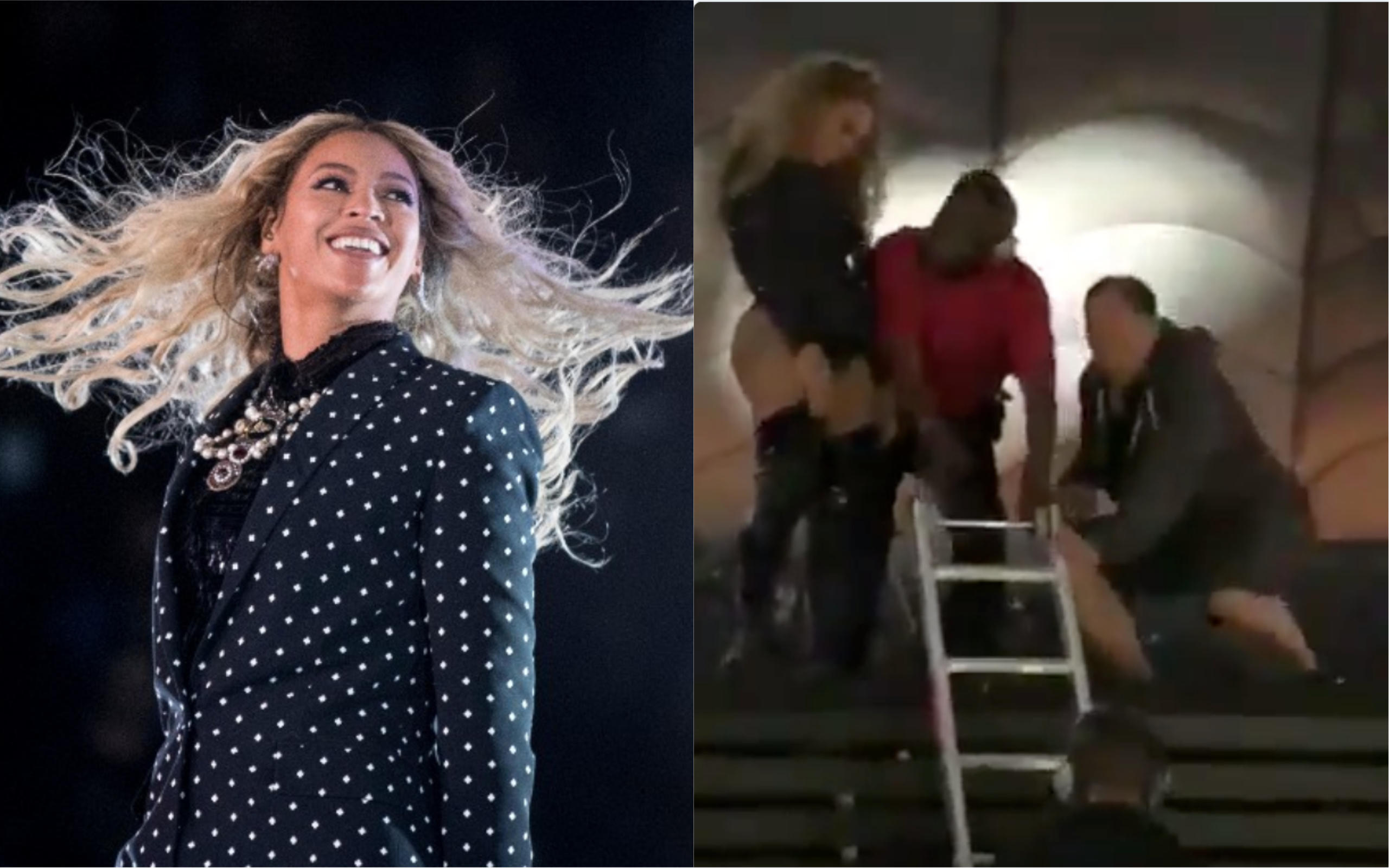 Beyoncé maybe be known as "the Queen," but she isn't too regal to climb down a ladder. The superstar did so in front of a stadium full of fans in Poland when her "flying" stage malfunctioned during the concert and she had to take an emergency ladder down, Entertainment Tonight reports.

Beyoncé and JAY-Z's "On the Run II" tour kicked off last month and started its first leg in Europe. While performing "Young Forever" at Warsaw's Stadion Narodowy, the stage beneath Queen Bey's feet stopped working, a concertgoer tells ET.

The stage crew brought a tall ladder to the side of the stage. It took a bit of coaxing to get the 36-year-old to climb down it. Eventually, she descended backwards down the ladder, clad in a black sequin leotard and heeled thigh-high boots.

The mother of three didn't let the situation get her down. As a veteran of two decades in the music industry, Beyoncé knew the show must go on, and she broke into a little dance for the waiting crowd. She blew kisses as the crowd cheered. Some audience members captured the well-handled mishap on camera.

One fan linked Beyoncé's perseverance through the malfunction to the success of Polish people throughout history. "Poland has a long history of people doing things in an unconventional manner in order to succeed. Tonight Beyonce joins them by taking an emergency ladder to leave the stage," the fan wrote on Twitter. The video was viewed nearly 25,000 times.

Queen Bey didn't let a broken stage get her down -- she just relied on a trusty ladder to literally get her down.