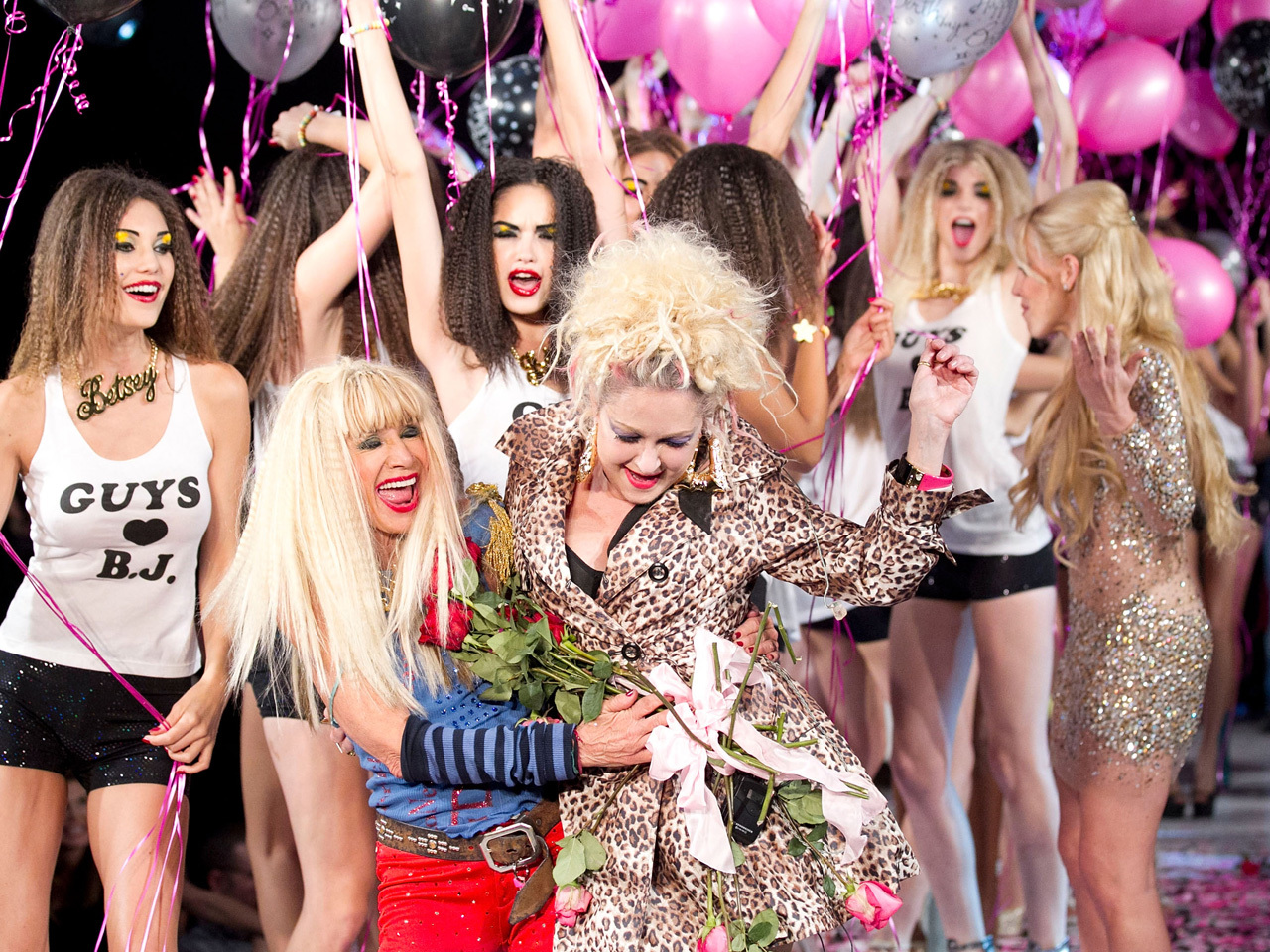 Johnson's grown daughter Lulu popped out of a huge faux birthday cake on stage and watched with her two young kids as grandma performed her signature cartwheel and splits.

Guests spilled out of the rented 42nd Street space and some invited guests were even turned away at the door after the fire marshal showed up. The party was heavy with industry folk in town for New York Fashion Week. Lil' Kim stopped by to wish Johnson well.

Johnson, who is a breast cancer survivor, lost control of her signature boutiques earlier this year after the recession forced the designer to file for Chapter 11 bankruptcy in April.

All 63 stores in the U.S., Canada and the U.K. held going-out-of-business sales in May through July. Johnson founded the fashion house known for funky, puffy party dresses in 1978.

Steve Madden Ltd., which owns the Betsey Johnson intellectual property rights, said the company will continue to sell Betsey Johnson clothing and other products on a wholesale basis and online. The icon still oversees moderately-priced clothing sold in department stores, along with accessories and other licenses.