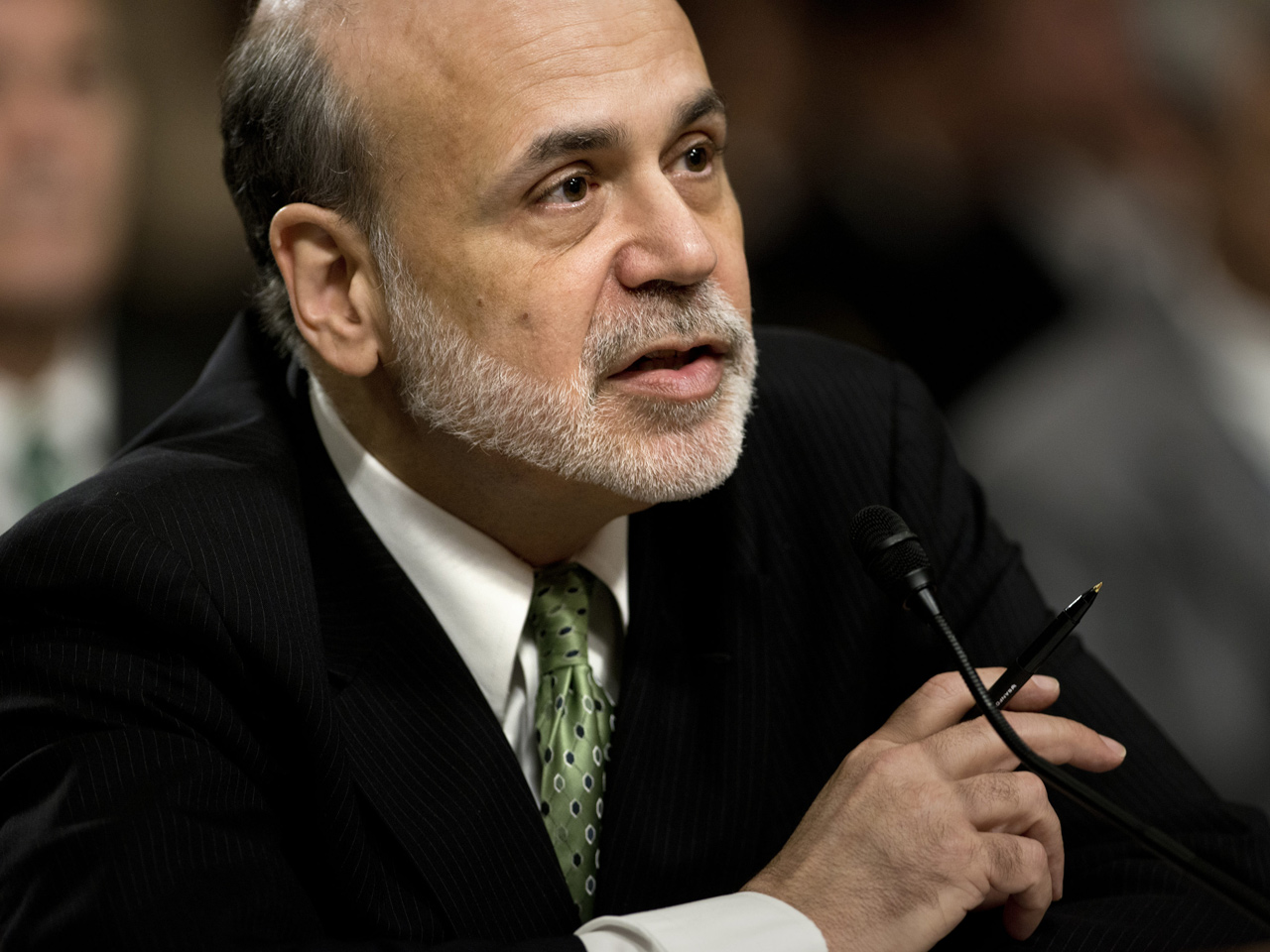 After an initial selloff, the market rallied in response to Federal Reserve Chairman Ben Bernanke's semi-annual testimony before the Senate Financial Services Committee. Bernanke underscored what the data have shown: The economy is slowing down and unemployment remains high. Not good news, of course, but on reflection investors seemed to have decided that the chances of more Fed stimulus had ticked higher, and the Dow rose 78 points.

The bad news: Manufacturing has downshifted; business spending has moderated; and consumers have pulled back on spending. "The U.S. economy has continued to recover, but economic activity appears to have decelerated somewhat during the first half of this year" and progress on unemployment "seems likely to be frustratingly slow."

Economists and analysts are also taking note of the downshift in growth. After growing by 3 percent in the fourth quarter of last year, Q1 GDP grew by only 1.9 percent. In Q2, growth estimates have dropped to a range of 1 - 1.5 percent. To put that into perspective, from 1947 until 2010 the average quarterly US GDP Growth was 3.3 percent, so the economy is operating at less than half-speed.

Besides the slow growth recovery, the Bernanke noted that risks from the European debt crisis and the nation's impending fiscal cliff, where taxes are set to rise and across the board cuts occur, pose significant risks to the U.S. economy. On the European front, the best the Fed Chief could say is that Fed is in "close communication with our European counterparts" and the central bank is making sure that U.S. banks are beefing up their cash positions to prepare for European uncertainty. With regard to the Fiscal Cliff, Bernanke asked Congress to act sooner rather than later. Without action, the consequences of the Fiscal Cliff could tip the U.S. economy into recession and would likely reduce the number of jobs created in 2013 by 1.25 million.

Report: Spending cuts could result in loss of 2 million jobs

Would an inheritance ruin your kids' ambition?

Given the downbeat assessment and the deterioration of the data, investors were hoping that the Fed Chief would offer clues about further policy action, in the form of a third round of asset purchases, or Quantitative Easing (QE3). Bernanke was guarded about the policy, but when asked about what would prompt the Fed to act, Bernanke said that the Fed would focus on whether there is a sustained recovery in the labor market and whether prices are falling. The recent PPI and CPI reports show little sign of inflation, (though drought-related food price increases bear watching) and most economists agree that deflation rather than inflation remains the bigger risk to the economy.

Despite not articulating any specific near-term steps, it seems clear from the Fed Chairman's responses that he believes in the efficacy of both QE and Operation Twist as tools that have helped ease financial conditions and have provided support to the economy. As a result, there appears to be little doubt that the Fed will act if the economy meanders along at its current pace. After all, it's hard to see how 1.5 percent growth and job creation of 75,000 per month over the past three months could qualify as a "sustained recovery".