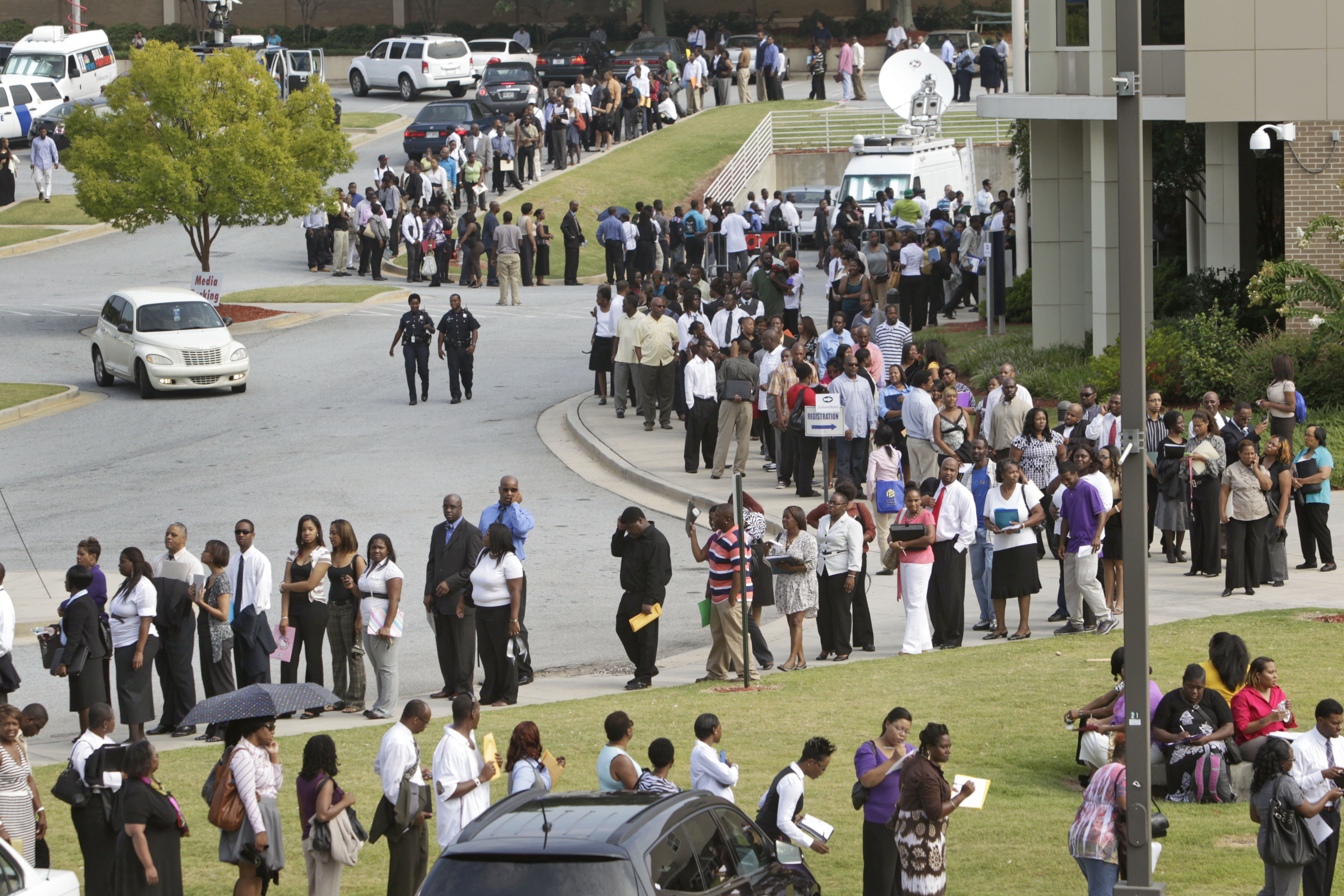 (AP) WASHINGTON - Automatic cuts in federal spending will cost the economy more than 2 million jobs, from defense contracting to border security to education, if Congress fails to resolve the looming budget crisis, according to an analysis released Tuesday.

The study, obtained by The Associated Press, was conducted for the Aerospace Industries Association, but it examined the shared pain for defense and domestic programs from the across-the-board reductions slated to kick in Jan. 2. The cuts would reduce the nation's gross domestic product by $215 billion next year while consumer confidence would plummet, said the report by Dr. Stephen Fuller of George Mason University and Chmura Economics and Analytics.

"If they are allowed to occur as currently scheduled, the long-term consequences will permanently alter the course of the U.S. economy's performance, changing its competitive position in the global economy," said the report.

The analysis is similar to other cautionary reports that have emerged in recent months from independent organizations that analyze federal spending and the process known in Washington as sequestration. All the reports carry a degree of uncertainty as the government hasn't spelled out where it would make the cuts.

The Aerospace Industries Association is a trade group that represents manufacturers of military and business aircraft, space systems and other technology. At stake for these companies are billions of dollars of contracts and they are campaigning hard against the spending cuts.

Its report comes amid a cacophony of election-year demands and partisan backbiting over how to avert the impending cuts that will only grow louder in the coming weeks.

Republicans are certain to seize on the dire numbers as they insist that President Barack Obama is ignoring a critical problem and is willing to make deep cuts in the military. Democrats will use the estimates to demand that the GOP accept tax increases on high wage earners as part of any alternative to implementing the cuts.

The House is scheduled to vote this week on legislation forcing the Obama administration to explain how it will impose the automatic cuts. Top officials from major defense contractors such as Lockheed Martin, EADS, Pratt and Whitney and Williams-Pyro are slated to testify before the House Armed Services Committee on Wednesday as they clamor for Congress to avoid the cuts.

Then, on Aug. 1, Jeffrey Zients, acting head of the Office of Management and Budget, and Deputy Defense Secretary Ashton Carter will be questioned by the panel on how the administration plans to make $55 billion in defense cuts next year.

Unless Obama and congressional Republicans and Democrats can agree on a plan to stave off the cuts, the military will face a reduction of $492 billion over a decade, with a $55 billion cut beginning in January, three months into the fiscal year. Domestic programs also would be reduced by $492 billion over 10 years.

The automatic cuts, known as sequestration, are the result of the failure last year of a bipartisan congressional panel to come up with a plan to cut the deficit by $1.2 trillion over 10 years. The panel had been created in the hard-fought budget law passed last summer that reduced government spending while raising the nation's borrowing authority. Decisions on across-the-board reductions, the expiration of Bush-era tax cuts and another effort to increase the country's borrowing authority are part of a packed congressional agenda after the November elections.

Using the issue as leverage, Democrats have signaled they are willing to allow the automatic cuts if Republicans continue to rebuff calls to raise taxes on those Americans making more than $250,000 a year.

Based on analyses by the Congressional Research Service and other data, the report estimated that the automatic cuts would translate into a 1.5 percentage point increase in unemployment, which now stands at 8.2 percent in a sluggish economic recovery.

Republicans and Democrats remain deeply divided over how to stave off the cuts, though various groups of senators have been trying to come up with a resolution.

Sen. John McCain, the top Republican on the Senate Armed Services Committee, has been talking privately with the panel's chairman, Democrat Carl Levin of Michigan, Sen. John Kerry, D-Mass., Lindsey Graham, R-S.C., and other lawmakers about various options to avert the cuts, including a $110 billion, one-year plan that would include closing tax loopholes.

He faces a tough challenge in securing strong bipartisan support, a reality underscored by House Speaker John Boehner's contention that closing tax loopholes should be part of a deal for tax reform rather than a way to avert the defense cuts.

Marion Blakey, president and chief executive officer of the Aerospace Industries Association, said the industry did not want to offer an opinion on what solution would be best.

"We would expect that in this situation, rational behavior will take hold," she said in an interview. She said it was imperative because the cuts only provide a short-term benefit.

"This isn't addressing the fundamentals in any way," she said. "What it's doing is driving our economy back into a recession for an anticipated short-term nick on the debt. That's all it is."