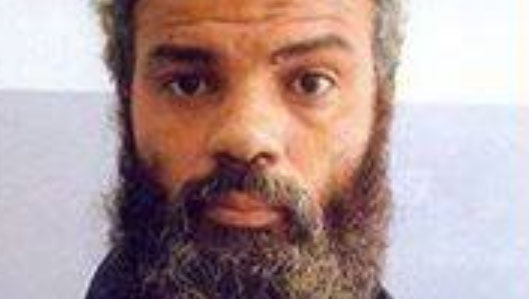 Ahmed Abu Khatallah, a suspect in the September 2012 attack on a U.S. facility in Benghazi, was arrested in Washington, D.C. on Saturday, the U.S. Attorney's office for the District of Columbia said.

"Ahmed Abu Khatallah is in law enforcement custody," said Bill Miller, the public information officer for the U.S. attorney's office. "We have no further comment on this matter at this time."

A suspected leader of the attack in Benghazi that claimed four American lives, including then-Ambassador to Libya Chris Stevens, Khatallah is the first person connected to the attack to be brought into custody.

He was captured by U.S. Special Forces in a secret raid outside Benghazi earlier in June. He was then put on the U.S.S. New York, a Navy ship stationed in the Mediterranean, and sent to Washington to stand trial.

A U.S. official tells CBS News Khatallah could make his first appearance in a federal court in D.C. possibly as early as Saturday afternoon.

When Khatallah was taken, President Obama said his capture should send a "message to the world."

"When Americans are attacked, no matter how long it takes, we will find those responsible and we will bring them to justice," he said. "Regardless of how long it takes, we will find you, and I want to make sure that everybody around the world hears that message very clearly because my first and most solemn duty as president and commander in chief is to keep the American people safe."

Some Republicans have criticized the decision to try Khatallah in a civilian court, with several suggesting he should be sent to the U.S. detention facility at Guantanamo Bay, Cuba, and treated as an enemy combatant.

"America remains at war and a return to the failed law enforcement approach of the 1990s is not an adequate response to the very real threats we face," said Sen. Marco Rubio, R-Fla., in a statement after Khatallah was captured.

In a criminal complaint unsealed after his capture, Khatallah was accused of killing Americans and providing material support to terrorists. He could face the death penalty, if convicted.