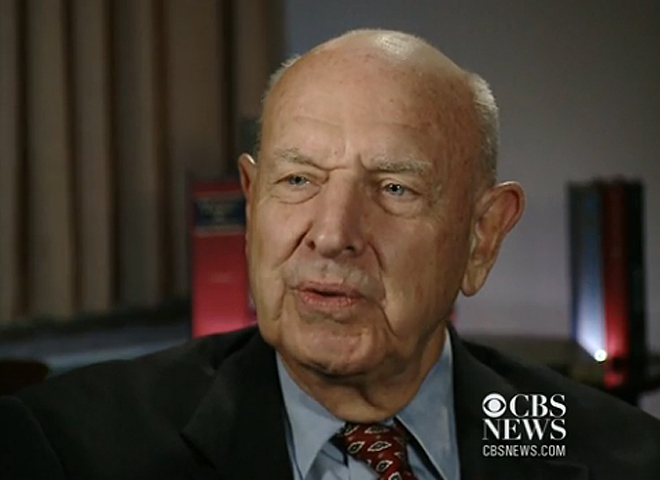 Republicans on the House Oversight Committee are questioning the findings, independence and integrity of the Accountability Review Board (ARB) investigation surrounding the Sept. 11, 2012, Benghazi attacks.

The ARB report (PDF), released in December of 2012, concluded that "systemic" management and leadership failures at the State Department led to "grossly" inadequate security at the mission in Benghazi.

The congressional report criticizing the ARB is being released Monday in advance of a hearing Thursday at which ARB Chairman Ambassador Thomas Pickering and Vice Chairman Admiral Michael Mullen will testify.

According to the official House Oversight Committee report, the ARB downplayed security decisions made by senior officials at the State Department, especially that of Under Secretary Patrick Kennedy, and instead blamed four subordinates who, in some cases, "had little to no" responsibility for the key events. In some cases, "the ARB correctly identified poor individual decisions while apparently failing to take into account decisions made by more senior [State] Department officials," reads a draft of the report obtained by CBS News. "Such senior-level decisions played an equal if not greater role in the vulnerability of the U.S. diplomatic mission in Benghazi."

The lead Democrat on the House Oversight Committee, Rep. Elijah Cummings, D-Md., defended the ARB, telling CBS News that it conducted "one of the most comprehensive reviews in history" -- interviewing more than 100 people, reviewing thousands of pages of documents, and viewing hours of video.

State Department Assistant Secretary Douglas Frantz told CBS News on Sunday: "Attacking the ARB now is an attack on the integrity of one of America's most respected diplomats and one of the nation's most respected military leaders, both of whom spent their lives serving presidents of both parties. The idea that facts are being hidden and people shielded from questioning is wrong on its face."

Four Americans, including Ambassador Christopher Stevens, were murdered in terrorist attacks on U.S. compounds in Benghazi, Libya, that spanned eight hours on Sept. 11, 2012. The ARB faulted poor security decisions in the months leading up to the assault.

"The ARB downplayed Kennedy's role in the decision-making that led to the inadequate security posture in Benghazi," reads the House Oversight Committee report.

CBS News asked State Department officials to comment on the report pinpointing Kennedy's role in security decisions and they declined comment on that subject.

Testimony provided by a State Department Diplomatic Security (DS) official indicates that Kennedy was discussing decisions about the status of the Benghazi compound with then-Secretary of State Hillary Clinton, according to the House Oversight Committee report. DS desk officer for Libya Brian Papanu described to the committee a meeting two months before the attacks at which the question was posed: Did the State Department intend to continue the mission in Benghazi beyond December? According to Papanu, Kennedy responded that "he had to check with S." Asked what "S" means, Papanu told the House committee: "That would be Secretary of State."

Four of Kennedy's subordinates were placed on administrative leave without allowing them to challenge the decision, as well as preventing them access to the classified version of the ARB report that contained the evidence against them, according to Republican investigators. After the employees served eight months of paid leave, Secretary of State John Kerry reinstated them on the grounds that they had not "breached their duties." The congressional report says that the fact that the ARB recommended discipline for officials who later were cleared of breaching their duties calls into question the ARB's findings and the State Department's "faith in the work of the ARB."

The employees placed on leave were:

The State Department told the House Oversight Committee last month that although there was no basis to pursue formal disciplinary action, the four employees put on leave were not, in fact, cleared. The ARB "did find that State Department officials within two bureaus demonstrated a lack of proactive leadership and management ability in their responses to security concerns posed by the Special Mission Benghazi," said the State Department in an Aug. 23 letter to Chairman of the committee Rep. Darrell Issa (R-CA). "All will be held accountable by permanently relieving them of the positions and duties that gave rise to the ARB's findings. As a result, the employees who had worldwide decision making authority for security resources affecting high-threat posts will no longer have those responsibilities. Their new assignments, which in some cases will be preceded by additional management training, will reflect a level of responsibility appropriate to their expertise and experience."

Assistant Secretary Frantz told CBS News: "This was precisely what the ARB report recommended. In two of those cases, the Department's actions went further than the ARB recommendations."

Frantz also said Kennedy and the ARB have been transparent and cooperative, adding: "Under Secretary of State Patrick F. Kennedy has represented the Department at more than twenty open and classified briefings and hearings before Congress to discuss the implementation of new security procedures worldwide."

One of the State Department witnesses interviewed by the House committee is the Office Director for the Maghreb Office, William Roebuck. He testified that he was so concerned about the inadequate number of Diplomatic Security agents in Benghazi, he considered recommending the post be shut down to "force the issue." "...people out there were not able to do their work, they weren't able to move, they weren't able to do the contact work that they wanted to do," said Roebuck.

The House Oversight Committee report questions the ARB's practice of deciding not to record its interviews and instead taking less reliable handwritten notes. It noted the ARB did not conduct in depth interviews with senior officials who some believed, and email documents indicate, had direct responsibility for decisions related to the poor security posture in Benghazi. It also questioned why the ARB decided not to interview senior officials including Secretary Clinton and two Deputy Secretaries of State Thomas Nides and William Burns. In a closed-door interview conducted to prepare for this week's hearing, Admiral Mullen told the committee "it was a universal consensus over time that we did the interviews we needed to do and that we didn't do the interviews we didn't need to do, which would have included the ones obviously that we didn't do, which were Nides and Burns and Secretary Clinton."

The House Oversight Committee report suggests there may be a conflict of interest in having the ARB rely so heavily on the State Department that it's investigating for staff and resources. For example, Under Secretary Kennedy supervised the selection of the Benghazi ARB staff; and the State Department appointed four of the five members of the Board.

Further, Mullen acknowledged giving Cheryl Mills, Secretary Clinton's Chief of Staff, "a head's up" prior to her interview with deputy assistant secretary for international programs Charlene Lamb. Mullen said: "I thought [Lamb's] appearance could be a very difficult appearance for the State Department."

The Oversight Committee report says that "creates the appearance that a member of an independent body is placing the interests or reputation of the entity under investigation above the body's investigative mandate."

In a statement released Sunday, Rep. Cummings said: "Ambassador Pickering and Admiral Mullen are respected public servants who dedicated their lives to this country, and accusations that they engaged in a 'cover-up' at Secretary Clinton's bidding are completely unfounded."

In an earlier interview with House committee investigators, Admiral Mullen said he saw no conflict of interest stating that if the ARB were not allowed to be independent, he would not have agreed to be on it. "I saw in execution that independence throughout, from beginning to end, that it was supported," Mullen testified.

Rep. Cummings added: "Rather than focusing on the reforms recommended by the ARB, Republicans have politicized the investigation by engaging in a systematic effort to launch unsubstantiated accusations against the Pentagon, the State Department, the president, and now the ARB itself."

Assistant Secretary Frantz said something similar: "The time is long past for allowing the tragic deaths of four Americans to be fodder for political gamesmanship and irresponsible attacks on the integrity of the State Department and the brave men and women who risk their lives. The facts show that the ARB report was prepared by people of unquestioned integrity, that the process has been transparent and open, and the lessons have been learned and are being implemented."