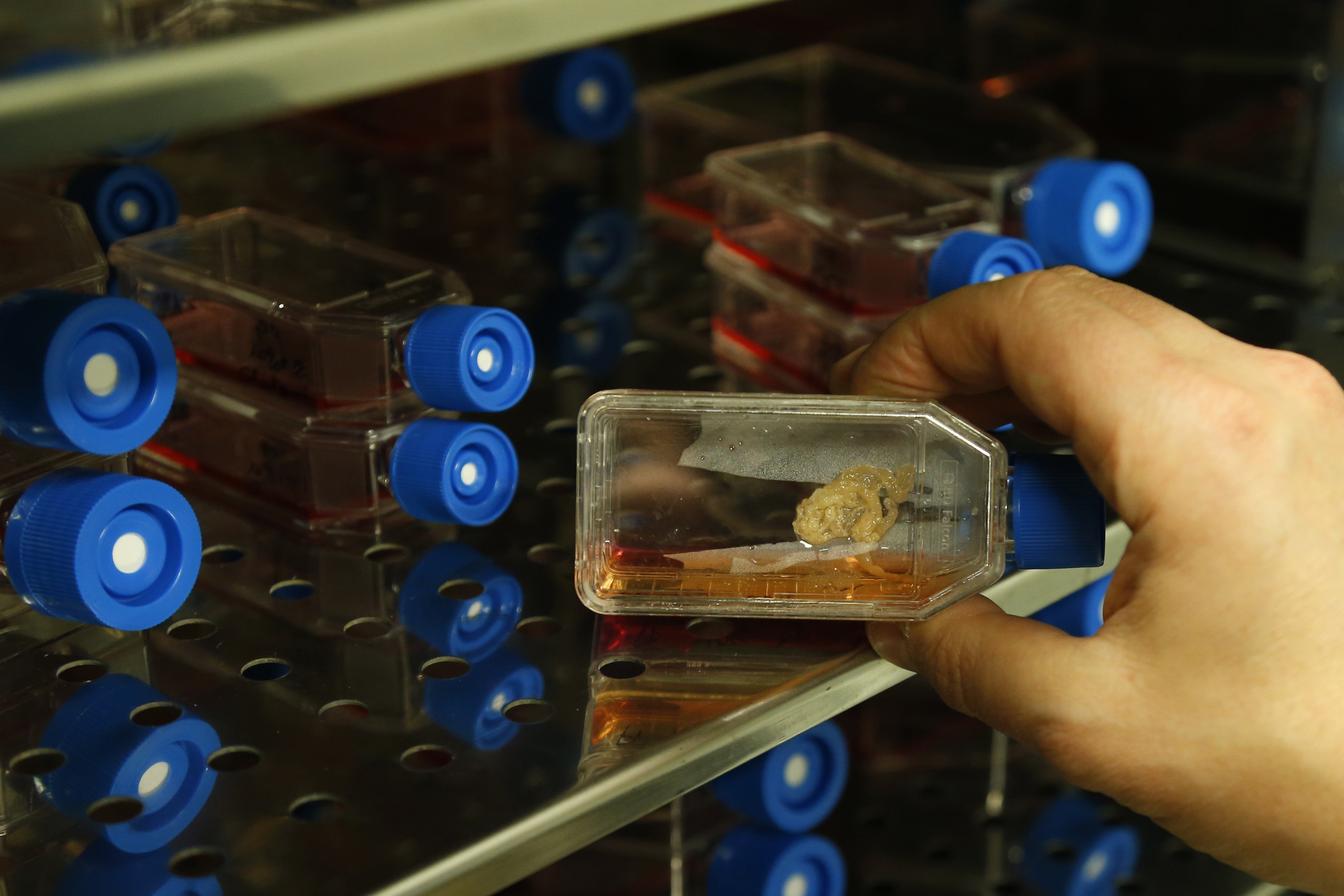 BRUSSELS  -- Belgian medical researchers have succeeded in repairing bones using stem cells from fatty tissue, with a new technique they believe could become a benchmark for treating a range of bone disorders.

The team at the Saint Luc university clinic hospital in Brussels have treated 11 patients, eight of them children, with fractures or bone defects that their bodies could not repair, and a spin-off is seeking investors to commercialize the discovery.

Doctors have for years harvested stem cells from bone marrow at the top of the pelvis and injected them back into the body to repair bone.

The ground-breaking technique of Saint Luc's centre for tissue and cellular therapy is to remove a sugar cube sized piece of fatty tissue from the patient, a less invasive process than pushing a needle into the pelvis and with a stem cell concentration they say is some 500 times higher.

The stem cells are then isolated and used to grow bone in the laboratory. Unlike some technologies, they are also not attached to a solid and separate 'scaffold'.

"Normally you transplant only cells and you cross your fingers that it functions," the centre's coordinator Denis Dufrane told Reuters television.

His work has been published in Biomaterials journal and was presented at an annual meeting of the International Federation for Adipose Therapeutics and Science (IFATS) in New York in November.

"It is complete bone tissue that we recreate in the bottle and therefore when we do transplants in a bone defect or a bone hole...you have a higher chance of bone formation."

The new material in a lab dish resembles more plasticine than bone, but can be molded to fill a fracture, rather like a dentist's filling in a tooth, hardening in the body.

Some of those treated have included people recovering from tumors that had to be removed from bones. One 13-year-old boy, with a fracture and disorder that rendered him unable to repair bone, could resume sports within 14 months of treatment.

"Our hope is to propose this technology directly in emergency rooms to reconstitute bones when you have a trauma or something like that," Dufrane said.

It may also seek to create a bank of bone tissue from donors rather than the patients themselves.

IFATS president Marco Helder, based at Amsterdam's VU university medical centre, said the novelty was the lack of solid scaffold.

"It is interesting and it is new, but it will have limitations regarding load-bearing capacity and, as with other implants, it will need to connect to the blood vessels of the body rapidly to avoid dying off," he said, adding:

"Any foreign object can cause irritation and problems, so the fact that this is just host tissue would be an advantage."