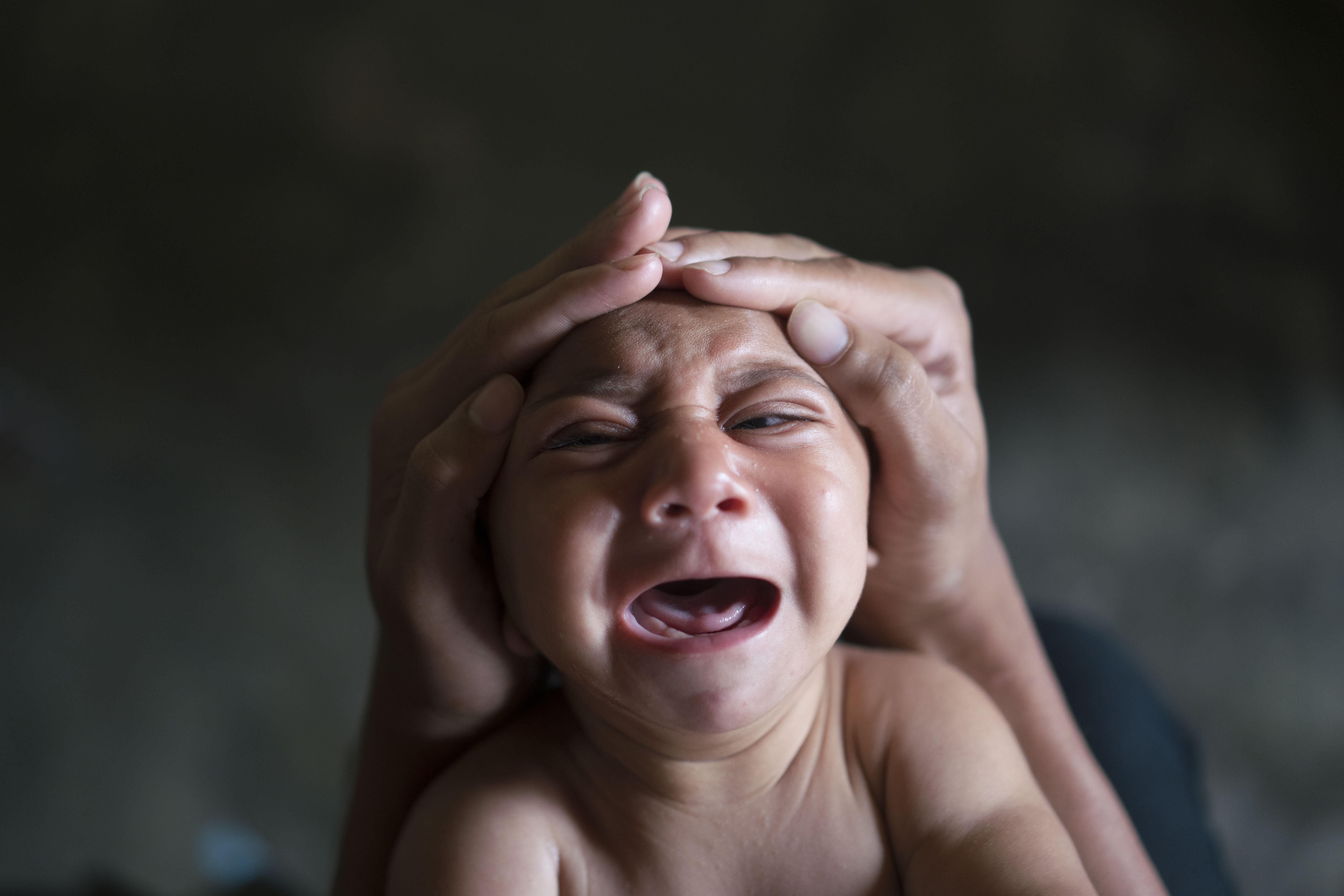 RECIFE, Brazil -- The first time I met Solange Ferreira was in December. She was at a hospital, waiting to hear from a doctor whether her baby boy had what so many in her village were talking about -- microcephaly, or an abnormally small head that could be a sign of severe disabilities and a truncated life-expectancy.

I had no doubt that little Jose, born in September, had the condition that many experts believe is linked to the Zika virus. His head was notably small, his skull practically flat.

"Everybody says he has a small head, but I don't know what's going on," Ferreira, a 38-year-old maid, told me while she waited in Caruaru, a city in northeast Brazil near Recife, where the Zika virus has hit hardest.

Like so many other mothers I have interviewed and photographed, Ferreira asked me what I thought. I said nothing. I didn't want to be the one to dash her hopes that Jose would be fine.

When she emerged from the doctor's office, she told me the news. She had come alone to the hospital with Jose, and it was clear she needed to talk to somebody. She didn't cry, but her sadness was palpable, and she seemed in shock. I asked for her phone number, and she agreed to let me photograph her and Jose the next day.

In her small house in Poco Fundo, about a three-hour drive from Recife, I saw a mother struggling. The boy would scream uncontrollably for long stretches, getting red in the face and tightening his already stiff limbs. He also struggled to feed, something I had learned was common in children with neurological disorders.

When his screaming got so bad that nobody in the house could take it, Ferreira would put Jose in a bucket. A nurse at the hospital had suggested the technique, and it seemed to calm the child.

"We were lucky to learn about the bucket," said Ferreira.

Editing my pictures that night was hard. I realized that so many captured Jose suffering, but I didn't want to just show him in that light.

The pictures of Jose in the bucket would have a large impact on me and on readers around the world. So this week I decided to visit the family again.

Ferreira had moved a few hours away to a town called Bonito while her husband remained in their old village. She said she wanted to be closer to Recife, where Jose can get therapy, and to get away from an area infested with mosquitoes.

"If we had not been there, this wouldn't have happened," she said.

In reality, Bonito is no different than Poco Fundo in terms of mosquitoes and the viruses they transmit, such as Zika, dengue and chikungunya. Like many Brazilian women with babies recently born with microcephaly, Ferreira was never tested for Zika, though she says she had the symptoms early in her pregnancy.

This second time I visited, Jose looked worse. Not only did he scream uncontrollably, but one of his eyes convulsed. Ferreira told me that she fears Jose could end up paralyzed and blind. He had lost weight, from 15 to 11 pounds, a huge drop for a baby who should be growing. Depending on the severity, some children with microcephaly fail to thrive and thus die before becoming adults.

Ferreira cried when she said she had realized that Jose may never run and play like her two older children. I realized then that the full weight of what Ferreira was up against had hit her. This wasn't a temporary problem, a challenge that would eventually be overcome. Now a little over 4 months old, Jose would need extreme care for the rest of his life.

As I was leaving, a neighbor with an infant about the same age as Jose came over for a visit.

Ferreira looked at the baby and smiled.

"Now I have started believing that it is actually the other babies that have heads that are too big," she said, in a tone both playful and sad. "Jose is my new normal."