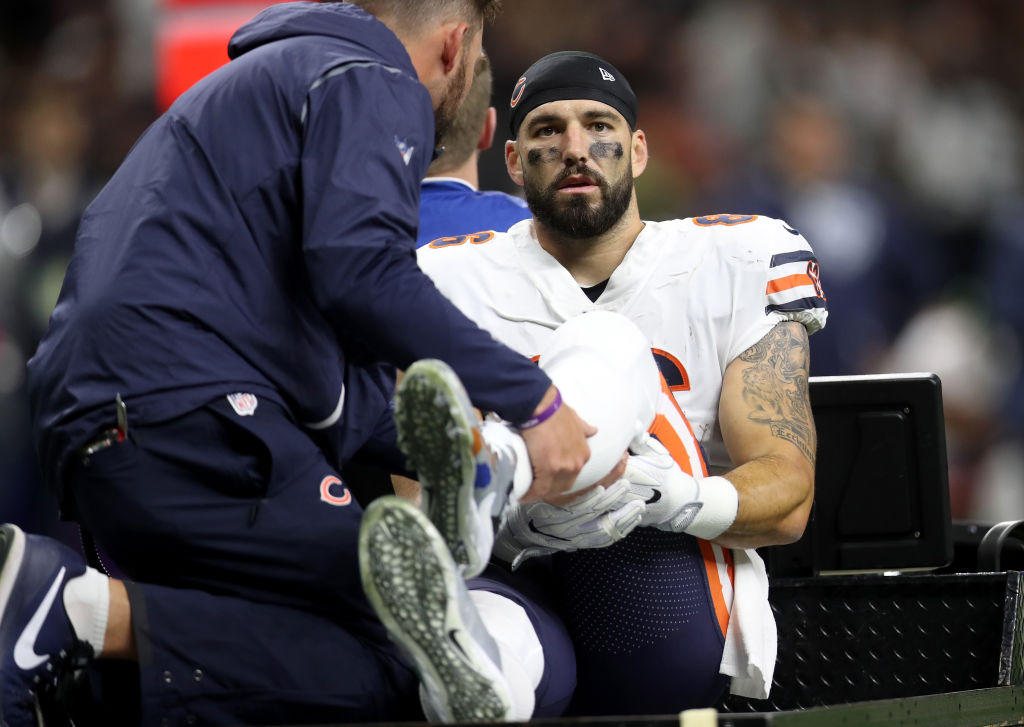 CHICAGO -- Zach Miller managed to hold onto a pass in the end zone as his left leg bent awkwardly, but not according to the NFL rules, CBS Chicago reports.

What seemed to be a touchdown catch for Miller was overturned on the field and ruled an incomplete pass. The Bears were forced to settle for a field goal while Miller was carted off the field with his left leg placed in an air cast.

The play occurred late in the third quarter on a third-down play, with quarterback Mitchell Trubisky lofting a pass to Miller in the right side of the end zone. Miller leaped and managed to catch the football.

As his left leg bent awkwardly against the ground, the ball was released from his possession on the ground, a play that would seem to but is considered a reception not complete by league rules.

During the FOX broadcast, former NFL vice president of officiating, Dean Blandino, said the catch should have been ruled a completed catch and a touchdown. The Bears settled for a Connor Barth field goal, which made the score 14-6 in favor of the Saints.

Miller was immediately ruled out for the game with a left leg injury. The extent will be confirmed after the game.

After the game, Bears coach John Fox said Zach Miller dislocated his knee and was taken to a local hospital.  "Our thoughts and prayers are with him," Fox said in a statement.