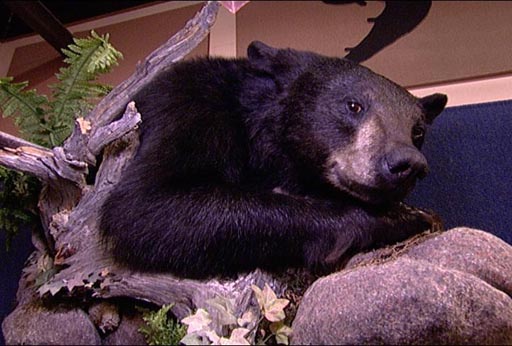 Stuffed, and stolen from a western Pennsylvania bar.

Uniontown police say five patrons of the Eagle's Nest bar pushed an 8-foot mounted bear over a second-floor railing early Sunday morning. The men fled in a pickup truck, and the bear was moved near a side door of the establishment.

But the next morning, it was gone.

The bar's owner says the bear had been professionally mounted in Alaska and was worth about $10,000.

Anyone who knows the bear's whereabouts is asked to contact Uniontown police.