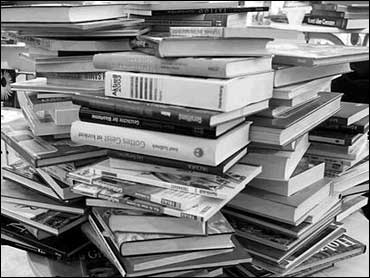 The final installment of the Harry Potter series isn't out until mid-July, but you don't have to go bookless to the beach until then. There is a tidal wave of new titles out there just perfect for relaxing in the sun.

"Harry Potter and the Deathly Hallows" (Scholastic, Inc.), by J.K. Rowling, is the highly anticipated seventh installment about the adventures of the schoolboy wizard. Rowling previously has said that two characters die in the final book. The Potter books have sold more than 325 million copies worldwide and have been translated into 64 languages. Booksellers are expecting crushing sales for the July 21 release.

"It's a no-brainer. It's obviously going to be the biggest title this summer," said Ann Binkley, spokeswoman for Borders Inc.

But Harry and friends aren't the only hot topics this season.

Pirates are also in this summer, with "Pirates of the Caribbean: At World's End" out in theaters. There are several new books on pirates as well as the usual crop of thrillers and romances.

Among the new titles are:

"A great summer beach read is a book that is a thriller, great compelling story that you don't want to put down, even to reach for the sunscreen," Binkley said.