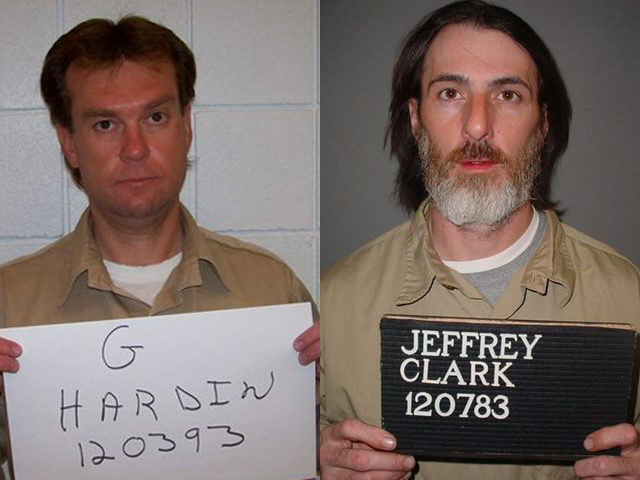 (CBS/AP) LOUISVILLE, Ky. - Kentucky prosecutors and the Innocence Project are at odds over whether to conduct DNA testing on two hairs found in the hand of a Louisville woman killed in 1992.

The Innocence Project, a New York-based group that works with inmates to obtain DNA testing, says the hairs would point to an alternate suspect in 19-year-old Rhonda Sue Warford's death, and would its clients, Garr Keith Hardin and Jeffrey Clark, who are both serving life sentences.

Warford died in 1992 in what prosecutors called a satanic ritual murder. Her body was found in a rural area outside of Louisville  with multiple stab wounds to the chest, back and neck, including one that destroyed her brain stem.

The state Supreme Court is weighing the two men's appeal in a decision that could redefine who in Kentucky can get access to old evidence for DNA testing.  Kentucky's law allows only death row inmates to petition for DNA tests.

It's considered by defense attorneys to be one of the most restrictive such laws in the country.

Forty-eight states have post-conviction DNA testing laws. Some, such as Colorado, allow anyone convicted of a felony to seek testing, while others limit the crimes that qualify for testing. Maryland and Washington state, for example, limit the eligible crimes to murder or sexual offenses.

Oklahoma and Massachusetts have no laws allowing post-conviction access to DNA testing.