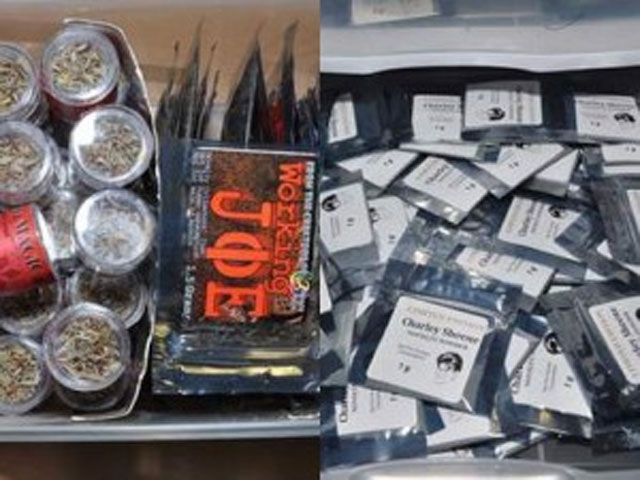 (CBS) - When Ohio emergency room physician Dr. Howard Mell heard that Rudy Eugene, the man who allegedly chewed another man's face off in Miami over the weekend, might have been high at the time on a synthetic stimulant known on the street as "bath salts," he wasn't terribly surprised: in the past year, Mell says seven people - all under age 27 - have died in the two Cleveland-area hospitals where he works after using "bath salts."

"These are not the bath salts you buy at Victoria's Secret," says Mell. "There's not soap in them."

On Tuesday, Armando Aguilar, the president of Miami's Fraternal Order of Police, speculated that Eugene's bizarre, violent behavior may have been the result of taking this relatively new kind of drug, which Aguilar said law enforcement is seeing more of. The Miami Police Department would not officially comment on whether "bath salts" might be involved in the case, but did confirm that Eugene, who was reportedly shot by police, will undergo an autopsy.

According to Jeffrey Scott, a spokesman for the Federal Drug Enforcement Agency, so-called bath salts are a mix of chemicals sold as a synthetic - and in some states, legal - alternative to stimulants like LSD, PCP, cocaine, and methamphetamine. They can be snorted, smoked, or broken down and injected.

"They come in and they're either psychotic, comatose or in cardiac arrest," says Mell. "Their body essentially goes into overdrive - their temperature and heart rate go through the roof, their blood can become acidic and their body cooks."

According to Louisiana Poison Center director Mark Ryan, "bath salts" is just one of the names used to describe an ever-rotating series of chemical combinations, often including a synthetic amphetamine known as MDPV, which have been sold in gas stations, convenience stores and over the internet.

Ryan and the DEA's Scott both told Crimesider that the chemicals in these products are believed to be imported mainly from China. Ryan says that many of the bottles are marked "not for human consumption," but they're often sold next to energy drinks.

According to a 2011 report published in the Annals of Emergency Medicine, bath salts first appeared in Germany in 2007. In 2010, the American Association of Poison Control Centers reported that it received 304 calls about reactions to the drugs, and by the next year, that number had ballooned to more than 6,100.

"Most of the calls were coming from hospitals," says Ryan. "Patients were coming in, acting bizarre and needing to be restrained and saying they did 'bath salts' and the doctor has no idea what the stuff is. Coke and meth have been around a long time, we know how to treat that," but this, he says, is different.

Bath salt use has been linked to tragic crimes, including the 2010 death of 21-year-old Dickie Sanders, a Louisiana man who slashed his own throat after ingesting the drug, then shot himself to death after the wound had been stitched up. In Washington State, the Seattle Weekly reported that toxicology reports found bath salts in the system of U.S. Army medic David Stewart, who allegedly killed his five-year-old son, his wife (who also had the drug in her system), and himself in April 2011.

According to the Bangor Daily News, police in Berwick, Maine report seeing an increase in domestic violence calls involving bath salt use, which they call "a huge problem."

After bath salt use started "exploding" in 2010 in Louisiana, Ryan says he sent samples of the substance to the crime lab in Shreveport, where he is based. Some samples had MDPV, but some had other substances that Ryan says have caused permanent damage in some patients, including renal failure and tremors.

"These folks truly have no idea what they're getting," says Ryan.

According to the National Conference of State Legislatures (NCSL), as of May 14, 38 states - including Florida, where the "face-chewing" attack took place - have instituted bans on bath salts (which they term "substituted cathinones"), but many levy no penalty for violating the ban. And according to the NCSL, "minor changes to the chemical make-up of these substances can create new but very similar drugs not covered in the law."

The NCSL reports that at least 40 states have also banned synthetic cannabinoids, which are sold as alternatives to marijuana, but don't actually contain cannabis.

And now the federal government is getting on board. In September 2011, the DEA "emergency scheduled" bath salts as a schedule one narcotic, a designation that will last for 12 months. And just last week, the U.S. Senate voted 96-1 for a Food and Drug Administration bill that includes an amendment sponsored by Sen. Rob Portman (R-Ohio) that would classify synthetic marijuana and some of the chemicals used to make bath salts as schedule one narcotics. The House of Representatives still has to approve the legislation.

Meanwhile, emergency rooms and police are trying to find ways to manage the effects of a kind of drug that seems particularly tempting to young people.

"Kids who would be too scared to go buy marijuana try this because it's legal," says Dr. Mell. "But this is really bad stuff. It's not a fun high. I've never seen somebody on bath salts happy."