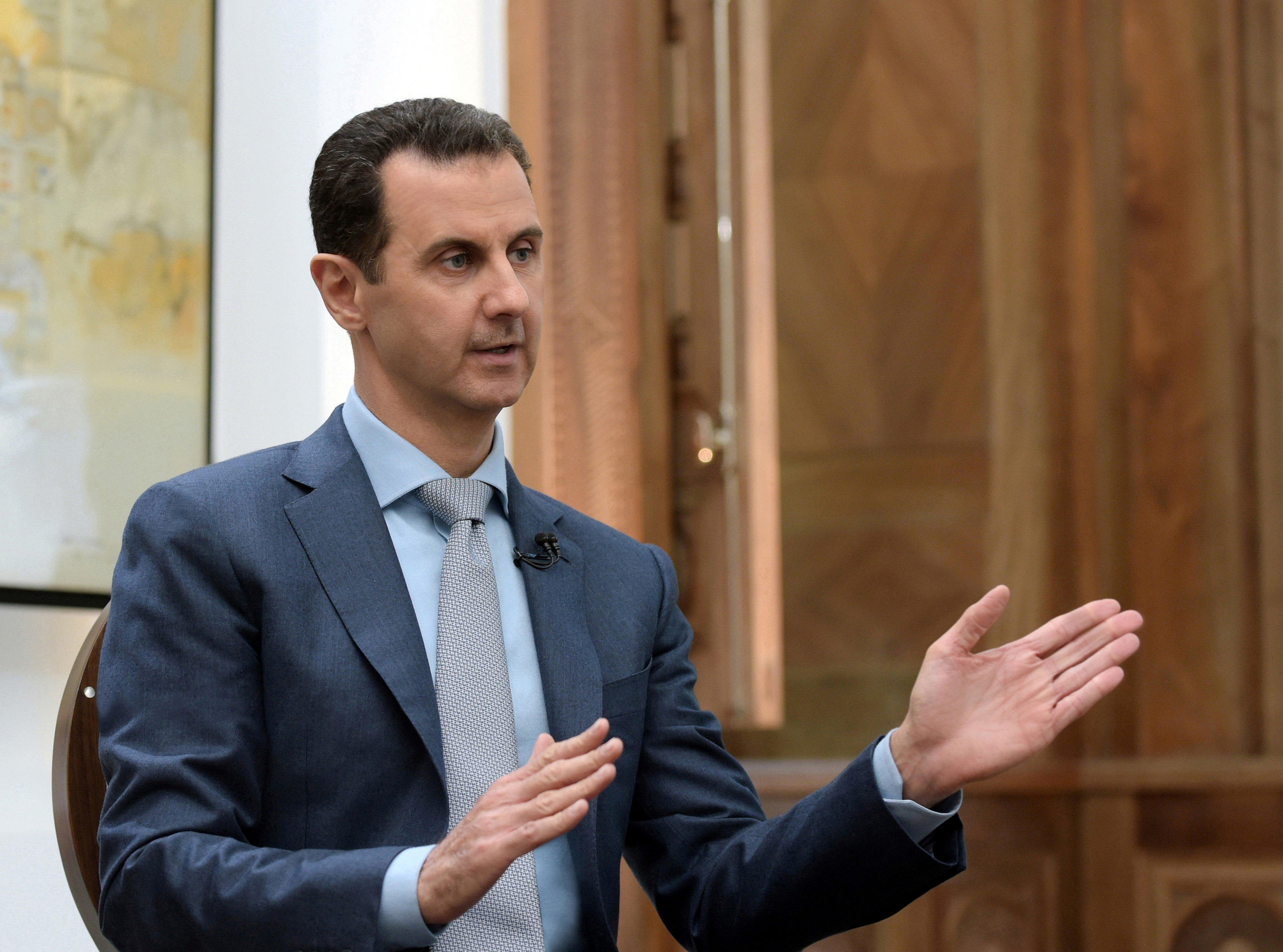 DAMASCUS, Syria -- Syria’s President Bashar Assad says he would welcome U.S. troops into his country to help fight ISIS militants “without any hesitation” if the Trump administration espouses a “clear political stance, not only with regards to (the fight against) terrorism, but also about Syria’s sovereignty and unity.”

“You could not talk about sending troops if you’re not honest, or if you do not have a clear political stance,” the Syrian dictator said in an interview with Yahoo News that was published Friday. “We welcome them as well, just as we welcome any other country that wants to fight the terrorists and defeat them.”

The Assad regime has, since the brutal war that has now left some 300,000 people dead began in 2011, referred to all opposition factions as “terrorists,” including the extremist ISIS and al Qaeda-linked groups and the more moderate rebels backed by the U.S. and its allies.

Russian leader Vladimir Putin sent his military to back up Assad’s own beleagured forces, turning the tide in the war decisively in the Syrian president’s favor over the course of last year.

Even without Assad’s permission, the U.S. military has carried out a relatively small number of ground incursions using special operations forces to target high-value terrorism targets inside Syria. That, in addition to the many airstrikes carried out by U.S. and allied aircraft, largely targeting ISIS.

The reference by Assad in the Yahoo News interview to any prospective partners respecting “Syria’s sovereignty and unity” was likely a pointed jab at the Obama administration’s longtime insistence -- in conjunction with allies in the region, in Europe and in the Syrian opposition -- that Assad himself step down as president as part of any negotiated political solution.

Russia’s intervention not only enabled Assad’s forces to start reclaiming rebel-held territory, it changed the reality of the ongoing international political dialogue aimed at stopping the war.

The most recent round of talks ended with both sides agreeing to maintain a fragile truce and to meet again, but there was no discussion at all about Assad’s future. Another major change from previous peace talks was the absence of any senior U.S. representatives.

The Trump administration’s Syria policy is yet to take shape in earnest, but Assad has said previously that he views Mr. Trump’s rhetorical focus on fighting terrorism “promising.”

Assad said his government has not yet had any direct contacts with the new administration in the White House.

Mr. Trump has revived talk of establishing and securing “safe zones” inside Syria for civilians, ordering the U.S. military and State Department to examine their feasibility and report back to him within three months.

Russia, which has balked for years at the prospect of no-fly zones, deemed necessary to ensure any on-the-ground safe zone, has been cool on the idea. Putin’s spokesman, Dmitry Peskov, said it was important in Moscow’s view to “thoroughly calculate all possible consequences” of the measure. He noted that it would be “important not to exacerbate the situation with refugees.”

Assad also warned, in excerpts of the interview aired Thursday, that there were “definitely” terrorists among the millions of Syrians seeking refuge in the West.

He said it doesn’t have to be a “significant” number of terrorists “to commit atrocities.”

Assad wouldn’t comment on whether he believed President Trump was justified in issuing a travel ban on seven Muslim countries, including Syria. He called it an “American sovereignty” issue.

His priority, Assad said, was to “bring those citizens to their country, not to help them emigrate.”