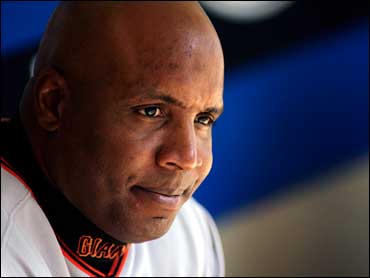 Yet, when Barry Bonds breaks the most famous record of all in the next week or so – Hank Aaron's home run record that has stood for more than three decades – many Americans won't cheer at all. They'll wish he hadn't been the one who did it.

Bonds is booed every place he plays except his home park in San Francisco. First because he is widely believed to be a cheat who used illegal drugs to increase his strength. Second because he is a self-centered, all-around jerk who sees no responsibility to the fans who pay his enormous salary.

It's too bad, really. We want our heroes to be good guys, but maybe we need jerks like Bonds from time to time to remind us what real heroes are – and they are not just people who have mastered a difficult physical feat.

For sure, hitting home runs is hard to do. But, so is standing on your thumb which hardly qualifies thumb standers to be heroes.

We admired Hank Aaron for hitting the home runs, but what made him an inspiration to others was the way he overcame adversity in order to set that record. The homers were just part of his greatness.

Real heroes are not just athletes. In fact, most of them are not: the firemen who gave their lives to save the innocent on 9/11; the soldiers who go into the streets of Baghdad day after day; parents who adopt handicapped children.

Heroes are those who set the examples we teach our kids to follow.

Barry Bonds is no hero. He is just a guy who hits home runs. Who would want a kid to be like him?