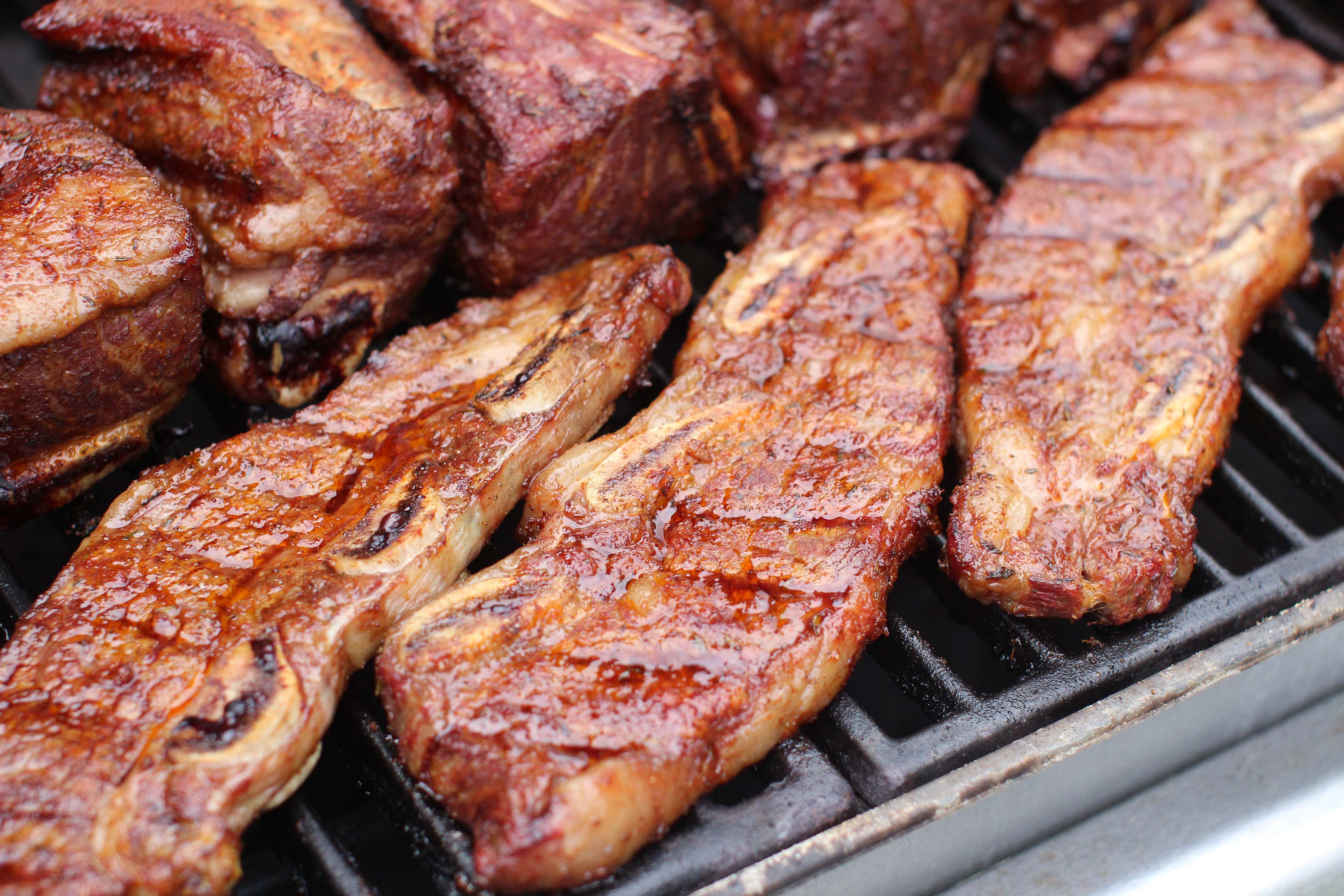 Cooking meats at high temperatures, as in barbecuing or pan-frying, may increase the risk for kidney cancer, a new study suggests.

The new study looked specifically at kidney cancer, which is increasing in the United States and other developing nations.

"This study, and others like it, suggest that the way we cook our meat could potentially impact kidney cancer risk," said lead researcher Dr. Xifeng Wu, a professor in the department of epidemiology at the University of Texas MD Anderson Cancer Center in Houston.

"Limit the amount of time the meat is cooked at really high temperatures or over an open flame resulting in burning, smoking, or charring of the meat," Wu suggested.

These new findings support the dietary recommendations for cancer prevention from the American Cancer Society, namely to limit the intake of red and processed meats, she said.

Susan Gapstur, vice president for epidemiology at the cancer society, said that when meats are cooked at very high temperatures, certain cancer-causing chemicals are released, some of which are linked to kidney cancer.

"This study offers some clues that meat cooked at high temperature might increase the risk for cancer, especially among people with certain genetic mutations," Gapstur said.

However, this study only shows an association between consumption of meat cooked at high temperatures and kidney cancer risk, not that it actually causes kidney cancer. To show that, larger prospective studies are needed, she said.

The report was published online Nov. 9 in the journal Cancer.

Many previous studies have suggested that aspects of the so-called Western diet -- including high intake of meat, starches and processed foods -- are partly responsible for the rise in kidney cancer, Wu said.

To study this further, Wu and colleagues collected information from more than 650 kidney cancer patients and compared it with data from nearly 700 cancer-free patients.

A food questionnaire asked not only about meat intake, but also cooking methods and level of how thoroughly it was cooked, the study authors noted.

The researchers found that the kidney cancer patients ate more red and white meat than the others. They also ate more meat cooked at high temperatures or over an open flame -- such as pan-fried, grilled or barbecued.

The study found that, in particular, two chemical compounds caused by high-heat cooking seemed to raise kidney cancer risk by more than 50 percent.

Also, people with certain genetic mutations seemed more susceptible than others to the effects of these chemicals, the researchers said.

However, Gapstur said that the risk for kidney cancer among people with these genetic mutations is not nearly as great as the risk for breast cancer linked to BRCA mutations.

Gapstur said the WHO report should guide meat-eating habits. "Processed meats and red meat, in particular, are carcinogens and are linked to a higher risk of colon cancer -- the third most commonly diagnosed cancer in the United States. So, limiting consumption continues to be important," she said.

In addition, avoid cooking meats at high temperatures, Gapstur suggested. "This study adds to the evidence that cooking methods are perhaps important," she said.