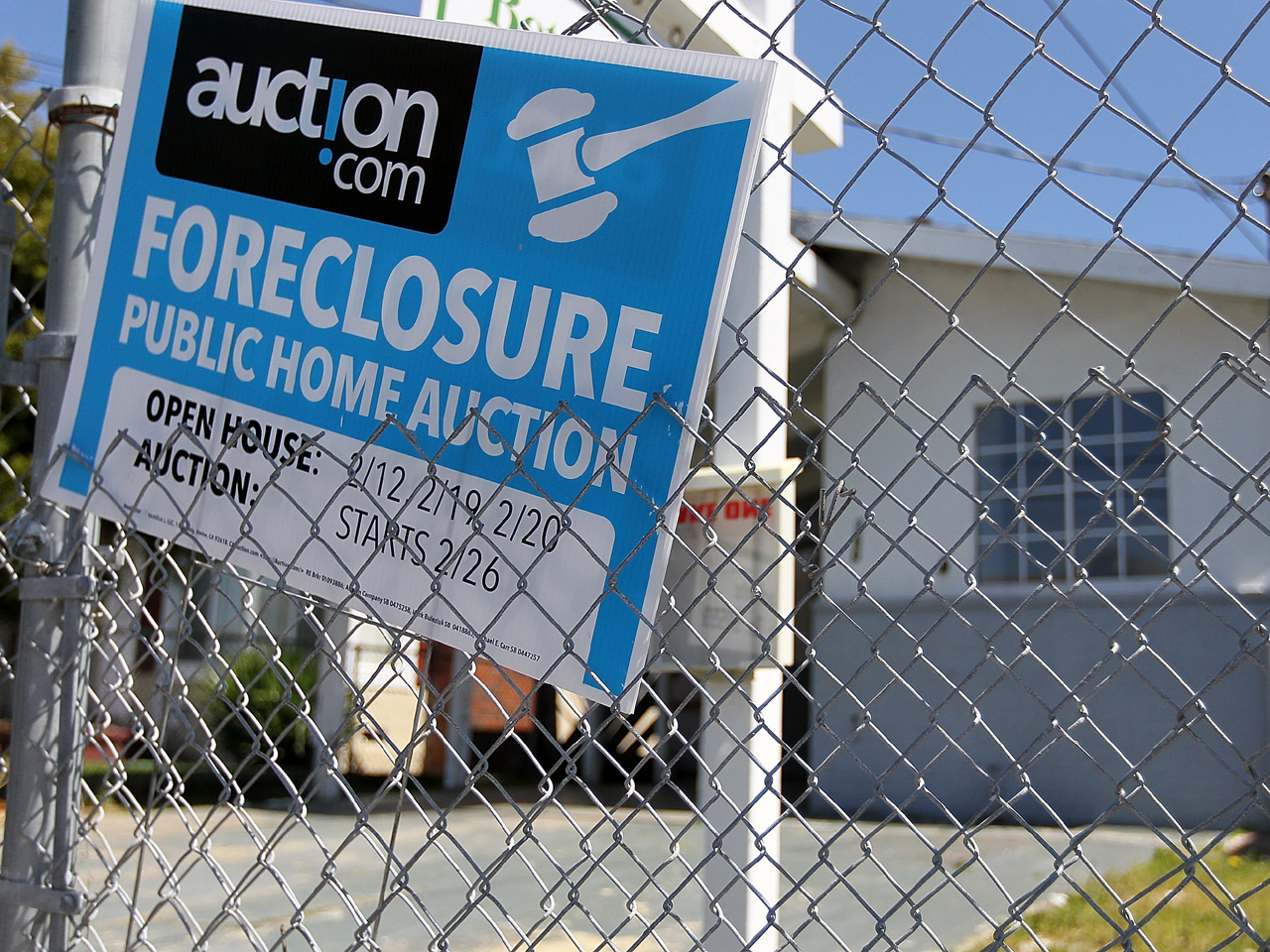 LOS ANGELES - Banks have stepped up their actions against homeowners who have fallen behind on their mortgage payments, setting the stage for a fresh wave of foreclosures.

The increase represents a nine-month high and the biggest monthly gain in four years. The spike signals banks are starting to take swifter action against homeowners, nearly a year after processing issues led to a sharp slowdown in foreclosures.

"This is really the first time we've seen a significant increase in the number of new foreclosure actions," said Rick Sharga, a senior vice president at RealtyTrac. "It's still possible this is a blip, but I think it's much more likely we're seeing the beginning of a trend here."

(In April, CBS' "60 Minutes" broadcast a story about how problems with mortgage documents prompted lawsuits and threatened to slow down the weak housing market.)

Other factors have also worked to stall the pace of new foreclosures this year. The process has been held up by court delays in states where judges play a role in the foreclosure process, a possible settlement of government probes into the industry's mortgage-lending practices, and lenders' reluctance to take back properties amid slowing home sales.

A pickup in foreclosure activity also means a potentially faster turnaround for the U.S. housing market. Experts say a revival isn't likely to occur as long as there remains a glut of potential foreclosures hovering over the market.

Foreclosures weigh down home values and create uncertainty among would-be homebuyers who fret over prospects that prices may further decline as more foreclosures hit the market. There are about 3.7 million more homes in some stage of foreclosure now than there would be in a normal housing market, according to Citi analyst Josh Levin.

"This bloated foreclosure pipeline now presents the greatest obstacle to a housing market recovery," Levin said in a client note this week.

Banks have been working through a backlog of properties that first entered the foreclosure process months, if not years ago. But the August increase in homes entering that process sets the stage for a host of new properties being targeted for foreclosure.

(Last year, "60 Minutes" broadcast a story about homeowners who walked away from their houses after their mortgages became higher than the value of their homes.)

That's bad news for homeowners who may have grown accustomed to missing payments for several months without the threat of foreclosure bearing down on them. In states such as New York and Florida, for instance, processing delays have helped some homeowners stay in their homes for more than two years before banks got around to taking back their properties.

In all, 78,880 properties received a default notice in August. Despite the sharp increase from July, last month's total was still down 18 percent versus August last year and 44 percent below the peak set in April 2009, RealtyTrac said.

Some states, however, saw a much larger increase.

Despite the increase in new defaults, the number of homes scheduled for auction and those repossessed by banks slowed in August.

Auctions increased from July levels in several states, including Colorado, where they rose 51 percent, and Arizona, where they grew 20 percent.

Lenders repossessed 64,813 properties last month, a drop of 4 percent from July and down 32 percent from a year earlier. Home repossessions peaked September last year at 102,134.

Banks are now on track to repossess some 800,000 homes this year, down from more than 1 million last year, Sharga said.

The firm had originally anticipated some 1.2 million homes would be repossessed by lenders this year.

In all, 228,098 U.S. homes received a foreclosure-related notice last month, a 7 percent increase from July, but a nearly 33 percent decline from August last year. That translates to one in every 570 U.S. households, said RealtyTrac.

Nevada still leads the nation, with one in every 118 households receiving a foreclosure-related notice last month.

Rounding out the top 10 states with the highest foreclosure rate in August are California, Arizona, Georgia, Idaho, Michigan, Florida, Illinois, Colorado and Utah.