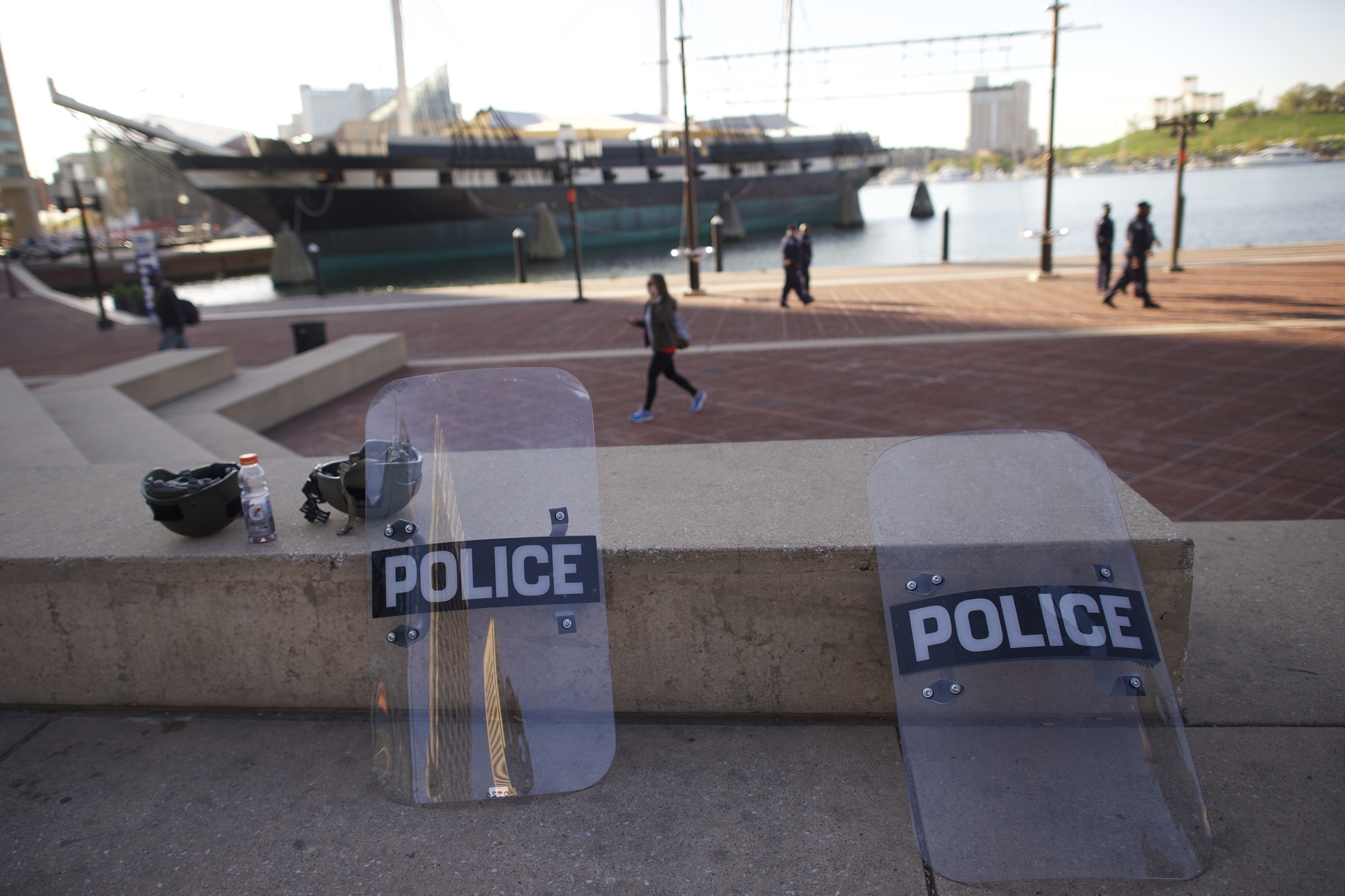 BALTIMORE -- Schools reopened across the city and tensions seemed to ease Wednesday after Baltimore made it through the first night of its curfew without the widespread violence many had feared.

With 3,000 police and National Guardsmen trying to keep the peace and prevent a repeat of the looting and arson that erupted on Monday, the citywide, 10 p.m.-to-5 a.m. curfew ended with no reports of disturbances in the early morning hours.

Baltimore's school system said all schools would be open and after-school sports and other activities would also take place. Monday's riots began when high schools let out for the day and students clashed with police near a major bus transfer point.

But life was unlikely to get completely back to normal anytime soon: The curfew was set to go back into effect at 10 p.m. And baseball officials - in what promised to be one of the weirdest spectacles in major-league history - announced that Wednesday's Baltimore Orioles game at Camden Yards would be closed to the public for safety reasons.

Activists stressed that they will continue to press for answers in the case of Freddie Gray, the 25-year-old black man whose death from a spinal-cord injury under mysterious circumstances while in police custody set off the riots.

A group of pastors announced plans to hold a rally and prayer vigil for the city and Gray's family at noon.

The curfew got off to a not-so-promising start Thursday night when about 200 protesters ignored warnings from police and pleas from pastors and other community activists to disperse. Some threw water bottles or lay down on the ground.

A line of officers behind riot shields hurled tear gas canisters and fired pepper balls at the crowd, which dispersed in a matter of minutes.

The confrontation came after a day of high tension but mostly peaceful protests, reports CBS News correspondent Jeff Pegues. There was even singing and dancing.

The Baltimore mother caught on video repeatedly smacking her son after catching him participating in rioting in Baltimore told CBS News that she was only concerned about protecting him.

"He gave me eye contact. And at that point, you know, not even thinking about cameras or anything like that. That's my only son and at the end of the day I don't want him to be a Freddie Gray," Toya Graham said, referencing the 25-year-old man who died after mysteriously sustaining severe spinal injuries in police custody earlier in the month. His death has sparked protests throughout the city, with tensions boiling over Monday.

"We do not have a lot of active movement throughout the city as a whole. ... Tonight I think the biggest thing is the citizens are safe, the city is stable," he said. "We hope to maintain it that way."

Batts said 10 people were arrested soon after the curfew went into effect: two for looting, one for disorderly conduct, and seven for violating the curfew.

He called on police departments "to hold accountable people when they do something wrong" and said Attorney General Loretta Lynch is reaching out to mayors about retraining police and providing body cameras.

The president also said underlying problems such as poor education, drugs and limited job opportunities must be addressed.

Looting, fires and gunfire broke out overnight in Ferguson, Missouri, during protests triggered by Gray's death in Baltimore. Ferguson was rocked by violence last year over the fatal shooting of a black 18-year-old by a white police officer.

The rioting in Baltimore brought out a sense of civic pride and responsibility in many Baltimore residents, with hundreds of volunteers turning out to sweep the streets of glass and other debris with brooms and trash bags donated by hardware stores.

Twenty-four hours after the violence, a different message was spreading, the station said.

Tuesday night, dozens of protestors marched through the streets of West Baltimore, calling for peace in the city. "This is where we live at. They destroyed where we live," Tia Sexton told CBS Baltimore.