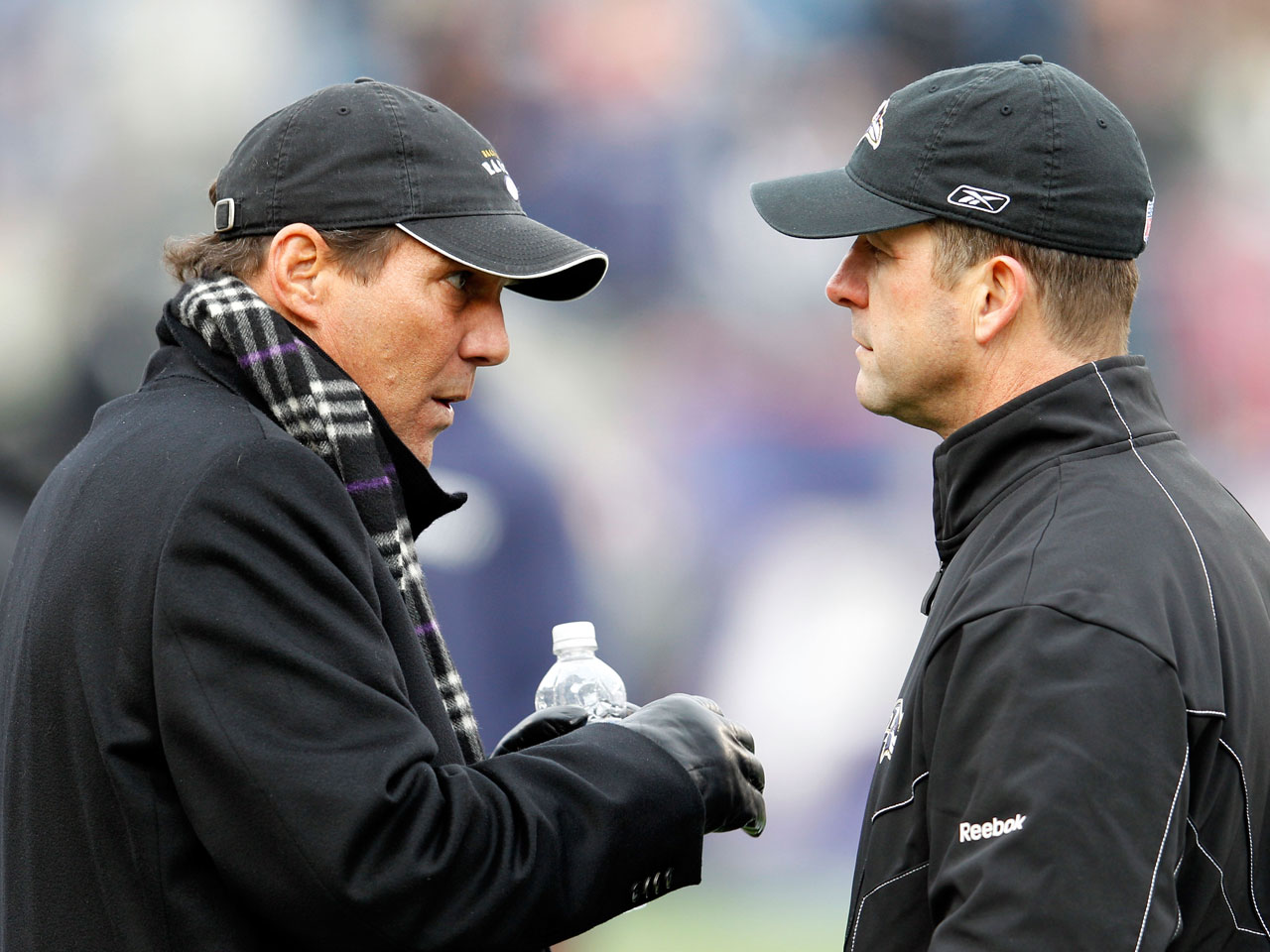 In a letter to season ticket holders Tuesday, Baltimore Ravens owner Steve Bisciotti detailed how the team came to its decision to let go star running back Ray Rice only after a second video emerged from a domestic violence incident involving his then-fiancee Janay Palmer in an Atlantic City casino elevator.

While Bisciotti, who has owned the team since 2004, defended much of the way the Ravens investigated the incident, he concluded: "I am sorry we let you down."

In the letter, Bisciotti said they were initially told after the February 15 incident that both Rice and Palmer had been charged with "simple assault," and that Rice told "a number of Ravens' representatives" that he and Palmer had after drinking "a great deal of alcohol" simply "struck each other."

The team launched its own investigation, and after the first video showing Rice dragging an unconscious Palmer out of the elevator was released, the Ravens asked casino management, law enforcement, state prosecutors and Rice's attorney for any video from inside the elevator, according to Bisciotti, adding that no one provided it.

NFL Commissioner Roger Goodell said largely the same thing during an exclusive interview with "CBS This Morning" co-anchor Norah O'Donnell. Both the NFL and the Ravens have said they conducted their own investigations into the incident.

Rice was a model athlete and community member during his six years on the Ravens, which Bisciotti said led to the team accepting that Rice "deserved the due process of the law."

"At this point, we decided to defer action until completion of the court proceedings," Bisciotti said. "We stopped seeking to view or obtain a copy of the video. We halted our fact-finding. That was a mistake on our part."

On July 27, Rice was suspended two games by the NFL. Then on Monday, TMZ released what appears to be video from inside the elevator at the casino during the incident. Bisciotti did not say whether or not that was the first time he had seen the video, but he did describe having an emotional reaction to seeing it.

"It is violent and horrifying," Bisciotti said. "I immediately came to the office and called a meeting with Dick Cass, Ozzie Newsome, John Harbaugh and Kevin Byrne. The meeting was relatively short. The decision to let Ray Rice go was unanimous. Seeing that video changed everything. We should have seen it earlier. We should have pursued our own investigation more vigorously. We didn't and we were wrong."