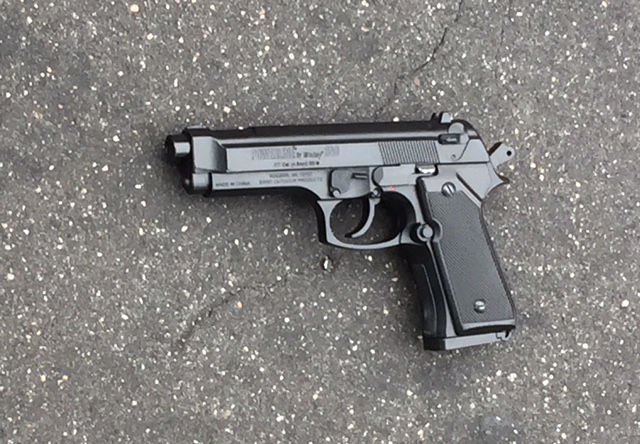 BALTIMORE -- A 13-year-old boy carrying what turned out to be a replica gun was shot Wednesday by a Baltimore police officer, CBS affiliate WJZ reported.

Police said the shooting happened around 4 p.m. at Baltimore and Aisquith streets, near the McKim Community Center in Southeast Baltimore.

Baltimore police commissioner Kevin Davis said two officers saw a young man carrying what appeared to be a gun in his hand. It was actually a replica semi-automatic pistol. The police department later tweeted a photo of the gun.

When the officers identified themselves as police to the boy, he started to run, never dropping the firearm. After a brief chase on foot, one of the officers shot the 13-year-old. He is expected to survive his injuries.

The boy's mother told police she knew he left home with what she described as a BB gun.

The shooting comes days after it was announced that the city of Cleveland will pay $6 million to settle the lawsuit filed by the family of 12-year-old Tamir Rice, who was shot and killed by an officer in that city in 2014. Rice was playing with a pellet gun at the time.

Wednesday also marks one year since Freddie Gray's funeral was held in Baltimore and riots erupted in the city.