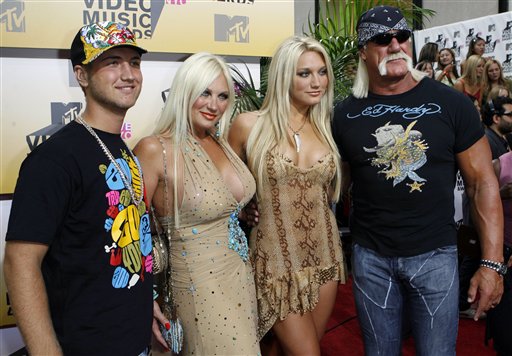 Nearly a decade since their initial success and after a three-year breather, Nick Carter, Howie Dorough, Brian Littrell, AJ McLean and Kevin Richardson are making music together again.

The Backstreet Boys kick off The Early Show's Summer Concert Series singing from their new CD, "Never Gone" as well as their new single, "Incomplete."

Also the title of one of the 12 songs in their album, "Never Gone" pays tribute to Richardson's father who recently passed away.

McLean notes, "That song has really been important to each one of us. In addition to the loss of Kevin's father, I lost both of my grandparents; Nick, his grandmother; and Howie, his sister. We've all experienced great losses, so this song really touches us personally."

The Backstreet Boys spent more than a year recording "Never Gone." Getting back together after the three year break has been refreshing for the group Carter tells co-anchor Rene Syler.

"It's incredible," he says. "We've had enough time to just rejuvenate our batteries and just enjoy it all again. We missed our fans. We missed each other. We missed making music. We have a lot of fun together. It's been 12 years we've been together now."

Their new album aims to move the group beyond pop idol fame to reflect what is happening in their lives and in the world. Much has changed for group members of the group.

Littrell became the first Backstreet father. He has a 2-1/2 year old son.

"He's singing daddy's songs already," Littrell says proudly. "It's just a joy. Fatherhood, I hope, looks good on me. I really enjoy it."

Richardson took on Broadway and London's West End with a starring role in "Chicago."

"I was able to go out on the road. I just was able to pick up a guitar and write music for myself," Carter says. "It was kind of expressing myself and getting things out I had internally in me. And it taught me a lot: how to be a better man, a better entertainer, and a better businessman. Now, I feel like I'm a stronger link in the chain."

Dorough continued his efforts with the Dorough Lupus Foundation after the death of his oldest sister Caroline in 1998.

"We have been doing a lot of charity work to promote as much awareness of the lupus disease and the foundation," Dorough says. "We are in the process of creating a movie, a made-for-TV special, which we're pitching now for the networks about her life story."

And McLean worked through personal demons with a well-publicized stint in rehab. He's been sober for two-and-a-half years.

He says, "With the exception of having a bad case of the hiccups today, I'm doing really well. Oct. 23 of this year will be three years sober.

On July 22,the group goes on tour, starting in Florida and traveling across the United States into Canada and then to Europe, Southeast Asia, Australia and Japan.

After they scored in the U.S. with the debut platinum single "Quit Playing Games (With My Heart)" and followed it with such radio staples as "Everybody (Backstreet's Back)," "All I Have To Give" and "I Want It That Way," the Backstreet Boys grew to personify an unprecedented and celebrated youth-driven era in popular music.

As teen idols, the Backstreet Boys first burst onto the scene back in 1997 with the release of their self-titled debut album. Combined sales of that CD and their 1999 follow-up, "Millennium," brought them more than 26 million in record sales. Along the way, the group had 12 songs in the Top 40 hits with eight reaching the top 10.

Simple Gourmet Meals for a Cause
View CBS News In
CBS News App Open
Chrome Safari Continue
Be the first to know
Get browser notifications for breaking news, live events, and exclusive reporting.