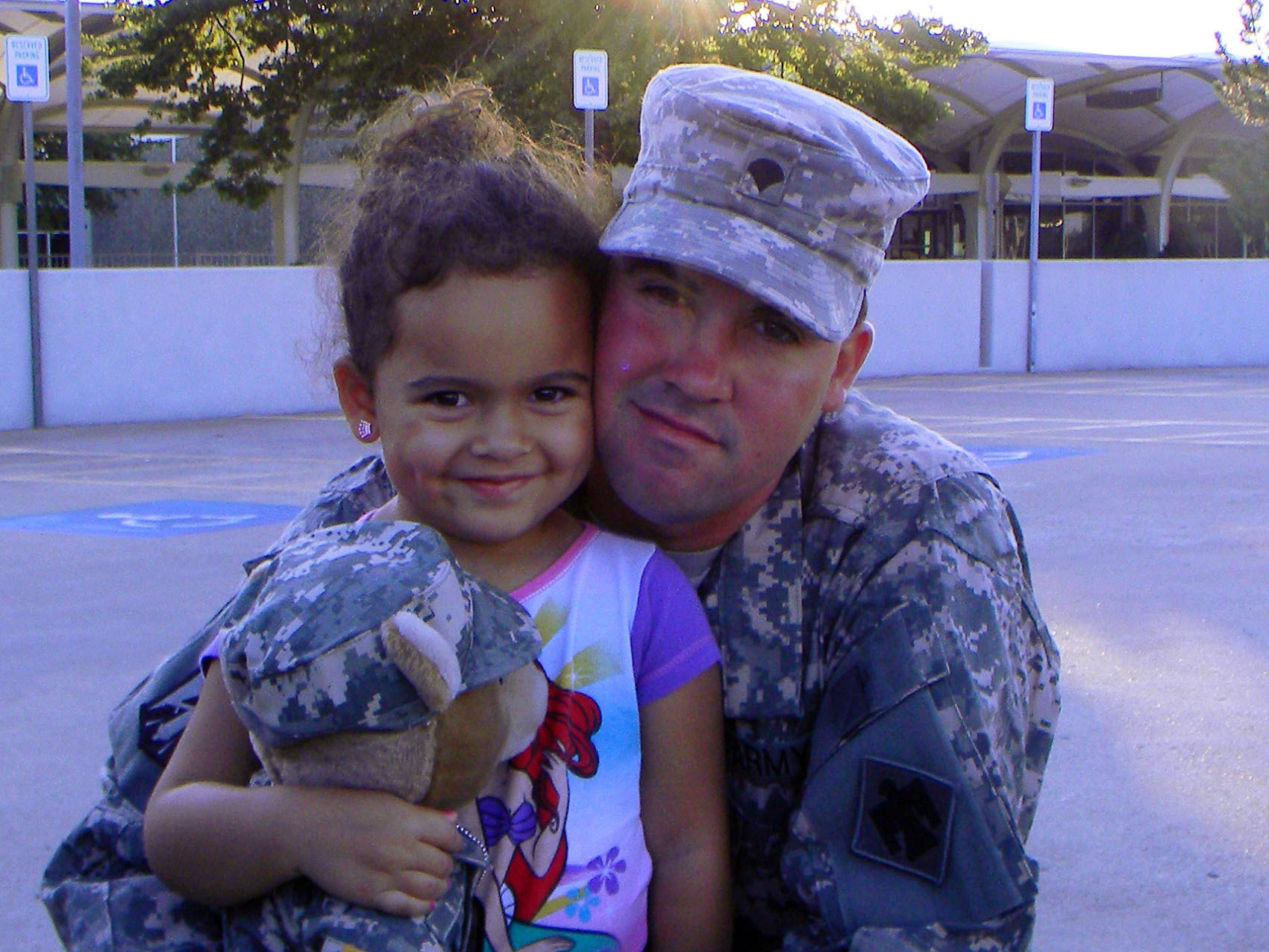 OKLAHOMA CITY The father of a Cherokee Indian girl at the center of an adoption dispute turned himself in to authorities on Monday but refused extradition to South Carolina.

Dusten Brown turned himself in about 10 a.m. Monday in Sequoyah County in far eastern Oklahoma, Sheriff Ron Lockhart said. Lockhart said Brown appeared before a judge but refused extradition without a governor's warrant from South Carolina, where the adoptive parents live.

Brown paid the $10,000 fugitive bond and has another court hearing in 30 days, Lockhart said.

"He was with his attorney and basically, since he made bond, he is free to go," Lockhart said. He also said he has been in contact with law enforcement in South Carolina.

Brown, a member of the Cherokee Nation, was charged over the weekend with custodial interference after failing to appear at a court-ordered meeting in South Carolina. A South Carolina couple, Melanie and Matt Capobianco, have been trying to adopt Veronica since her birth in 2009; they raised the girl for two years.

Brown has had custody of his daughter since 2011, when South Carolina's Supreme Court ruled that the 1978 federal Indian Child Welfare Act, which favors a Native American child living with his or her extended family or other tribal members over non-Native Americans, gave preference to Brown as her custodian. But in June, the U.S. Supreme Court ruled the law does not apply in this case.

A spokesman for South Carolina Gov. Nikki Haley said the governor is working closely with law enforcement, the solicitor's office, the state of Oklahoma and the family on this case.

"Our goal is to do all we can to get Veronica back home safely," Doug Mayer said.

Veronica is in the care of her paternal grandparents and Dusten Brown's wife, Robin Brown. The three had been named temporary guardians of the girl by a Cherokee Nation court while Dusten Brown was in Iowa attending training for the Oklahoma National Guard.

Earlier Monday, the Capobiancos called on federal law enforcement to help them bring the child to South Carolina, saying they'll take the matter into their own hands if necessary.

"Send someone to the location our daughter is being held and work with us to bring her home. No more delays and no more excuses," Matt Capobianco said during a news conference in his James Island neighborhood. "Our daughter has been kidnapped, and I expect the situation to be treated as such."

Brown had never met his daughter and, after Veronica's non-Indian mother rebuffed his marriage proposal, played no role during the pregnancy and paid no child support after the girl was born.

The legal proceedings began when Brown found out Veronica was going to be adopted. He objected and said the Indian Child Welfare Act favored the girl living with him and growing up learning tribal traditions.

South Carolina authorities issued a warrant for Brown's arrest Saturday, charging Brown with custodial interference for failing to appear with the girl for a court-ordered meeting with the Capobiancos on Aug. 4 — a date the couple has said was set by the judge and to which Brown's attorneys did not object.