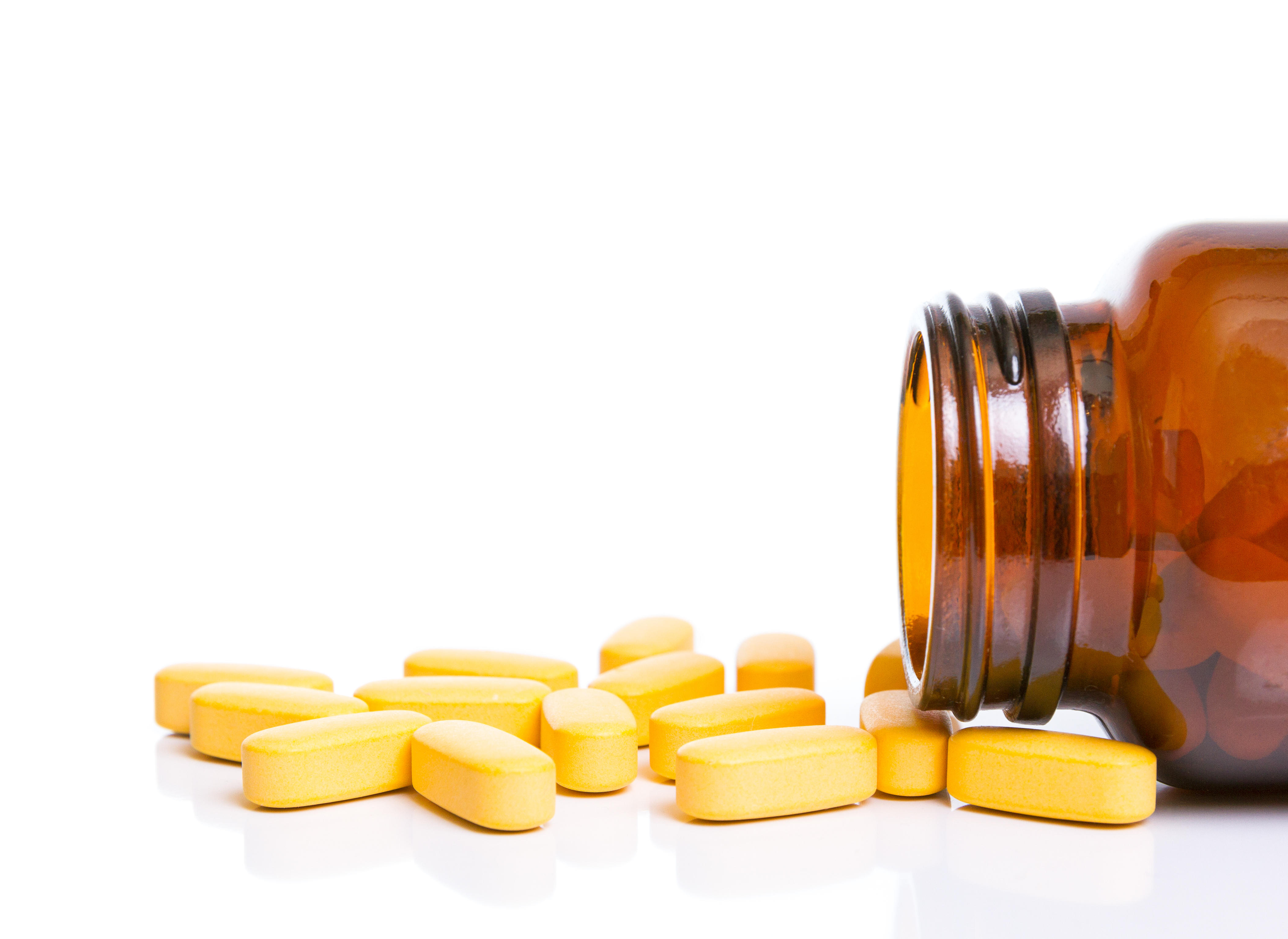 Men, and especially male smokers, appear to be more likely to develop lung cancer if they take high doses of vitamins B6 and B12, new research suggests.

For men taking these vitamin supplements, the risk of lung cancer was nearly doubled. For men who smoked, the risk was between three and four times higher, the study found.

"High-dose B6 and B12 supplements should not be taken for lung cancer prevention, especially in men, and they may cause harm in male smokers," said study lead author Theodore Brasky. He is a research assistant professor at Ohio State University.

However, the study wasn't designed to prove cause-and-effect between the vitamins and lung cancer; it only showed an association.

It's also not clear why only men and current male smokers seem to face an extra risk.

And a trade organization representing the vitamin industry cautioned against reading too much into the study.

Most people in the United States get enough vitamin B6 through their diets, according to the U.S. National Institutes of Health (NIH). Some people with certain health conditions may need supplements.

As for vitamin B12, the NIH reports that most Americans get enough from their diet. But some groups -- such as older people and vegetarians -- may be deficient and need supplements. The vitamin may also cause interactions with medications.

Dietary sources of vitamin B6 and B12 include fortified cereals and foods that are high in protein.

The new study included more than 77,000 adults, aged 50 to 76, in Washington state. The participants were recruited from 2000 to 2002, and answered questions about their vitamin use over the previous 10 years.

The researchers found that just over 800 of the study volunteers developed lung cancer over an average follow-up of six years.

The study found no sign of a link between folate (a type of B vitamin) and lung cancer risk. And vitamin B6 and B12 supplements didn't seem to affect risk in women.

However, "we found that men who took more than 20 milligrams per day of B6 averaged over 10 years had an 82 percent increased risk of lung cancer relative to men who did not take supplemental B vitamins from any source," Brasky said.

"Men who took more than 55 micrograms per day of B12 had a 98 percent increased lung cancer risk relative to men who did not take B vitamins," he noted.

Men who smoked at the beginning of the study period and consumed high levels of the B vitamins were three to four times more likely to develop lung cancer, he added.

"In contrast, most multivitamins include 100 percent of the U.S. Recommended Dietary Allowance, which is under 2 mg per day for B6 and 2.4 mcg per day for B12. People should really ask themselves if they need over 1,200 times the RDA (recommended daily allowance) of a substance. There's simply no scientific backing for these doses," he said.

The study doesn't conclusively link higher doses of the vitamins to higher rates of lung cancer. If there is a connection, it's not clear how the vitamins might influence the cancer risk, Brasky said, although it may have something to do with how the vitamins interact with male sex hormones.

Paul Brennan, head of the genetics section with the International Agency for Research on Cancer, said the study appears to be valid.

However, the findings conflict with his group's recent research, published July 22 in the Journal of the National Cancer Institute, which didn't find any links between high blood levels of vitamin B6 and lung cancer in people at large, or men specifically.

"If anything," Brennan said, "we found a small protective effect that was more apparent among men."

Still, Brennan added that "there is clearly no evidence that these vitamins have any substantial protective effect. Smokers taking these vitamins should quit smoking."

Dr. Eric Bernicker, a thoracic oncologist with Houston Methodist Hospital, agreed with that advice and said the study points to a higher risk of lung cancer from higher doses.

"There's a strong belief that vitamins would never harm you. As in much of nutrition, the story is more complicated than that," Bernicker said.

In a statement, Duffy MacKay, a senior vice president of the Council for Responsible Nutrition, a trade group for the vitamin industry, urged consumers "to resist the temptation to allow sensational headlines from this new study to alter their use of B vitamins."

According to MacKay, "The numerous benefits of B vitamins from food and dietary supplements -- including supporting cognition, heart health and energy levels -- are well-established."

In addition, McKay said, the study has limitations. Among other things, it required participants to remember what they consumed over 10 years.

The study was published Aug. 22 in the Journal of Clinical Oncology.