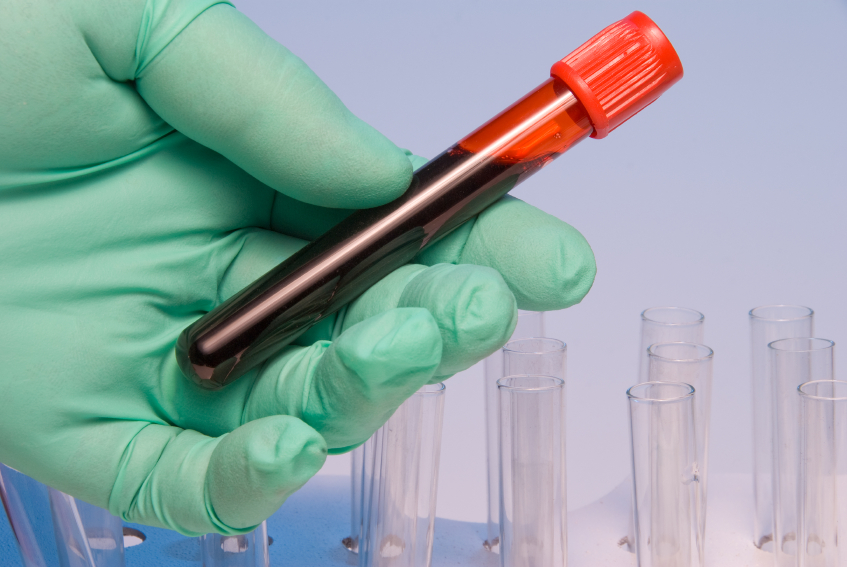 BOSTON -- Researchers have taken an important step toward better lung cancer treatment by using blood tests to track genetic changes in tumors as they progress from their very earliest stages.

With experimental tests that detect bits of DNA that tumors shed into the blood, they were able to detect some recurrences of cancer up to a year before imaging scans could, giving a chance to try new therapy sooner.

It's the latest development for tests called liquid biopsies, which analyze cancer using blood rather than tissue samples. Some doctors use these tests now to guide care for patients with advanced cancers, mostly in research settings. The new work is the first time tests like this have been used to monitor the evolution of lung tumors at an early stage, when there's a much better chance of cure.

Only about one third of lung cancer cases in the United States are found at an early stage, and even fewer in other parts of the world. But more may be in the future as a result of screening of longtime smokers at high risk of the disease that started a few years ago in the U.S.

Early-stage cases are usually treated with surgery. Many patients get chemotherapy after that, but it helps relatively few of them.

"We have to treat 20 patients to cure one. That's a lot of side effects to cure one patient," said Dr. Charles Swanton of the Francis Crick Institute in London.

The new studies he led suggest that liquid biopsies might help show who would or would not benefit from chemotherapy, and give an early warning if it's not working so something else can be tried.

Cancer Research UK, a charity based in England, paid for the work, and results were published online Wednesday by Nature and the New England Journal of Medicine.

To be clear: This kind of care is not available yet - the tests used in these studies are experimental and were customized in a lab to analyze the genes in each patient's cancer. But the technology is advancing rapidly.

The company that generated the tests for the study in Nature - California-based Natera Inc. - plans to offer the tests for research by universities and drug companies later this year and hopes to have a version for routine use in cancer care next year.

"This is coming, and it's coming fast," said Dr. David Gandara, a lung specialist at the University of California, Davis, who had no role in the studies but consults for two companies developing liquid biopsies. A test that could spare many people unnecessary treatment "would be huge," he said.

In the studies, researchers analyzed tumors from about 100 people with non-small cell lung cancer, the most common form of the disease. Even in these early-stage cases, they found big variations in the number of gene flaws, and were able to trace how the tumors' genes changed over time.

People with many gene or chromosome problems were four to five times more likely to have their cancer return, or to die from their disease within roughly two years.

They also looked at 14 patients whose cancers recurred after surgery, and compared them to 10 others whose did not. Blood tests after surgery accurately identified more than 90 percent of them that were destined to relapse, up to a year before imaging tests showed that had occurred.

The results suggest that using liquid biopsy tests to help select and adjust treatments is "now feasible," at least from a scientific standpoint, the authors write.

A big issue is cost, though. Liquid biopsies sold now in the U.S. cost nearly $6,000. Tests that more narrowly track a patient's particular tumor gene changes, like the one in these studies, may cost less. They may save money in the long run, by preventing futile treatment, but this has yet to be shown.