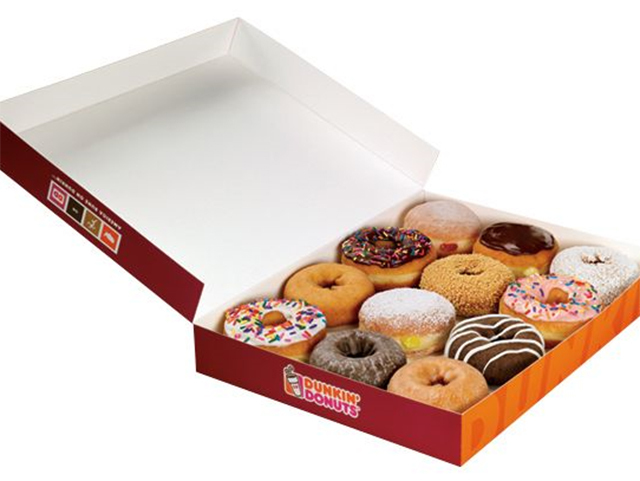 (MoneyWatch) It's increasingly common to see businesses suffer at the hands of some social media faux pas. It can come in many forms, from having your social media account hacked to astroturfing the comments in your Facebook account. The wounds can be self-inflicted, like the rather horrific social media meltdown by Amy's Baking Company.

Sometimes, though, a company gets it right, and when that happens, we should all take a step back and try to learn a lesson from the experience.

Last week, a woman walked into a Dunkin' Donuts, phone video already rolling, and demanded free food in a fairly rude and abusive manner, citing some vague problem with her service the day prior. (Problems included, apparently, not receiving a receipt.) If you watch the video, which I actually don't recommend as it is profane and infuriating, you'll get the sense that she was intentionally baiting the counter worker, hoping to get a negative reaction that would go viral on YouTube.

And I've got to give this counter guy credit: It surely took nerves of steel not to fall for the trap. But instead of reacting negatively, he was calm, coo, and polite through the entire reality TV ordeal. He offered her the free food that she asked for, diffusing the situation. In the end, the video is a triumph for Dunkin' Donuts and makes the woman who filmed it look like the villain.

So what are the key lessons from this social media flap? Here are a few takeaways to consider if you have any customer-facing employees in your organization:

Training is critical. Make sure you have a policy and procedure for dealing with irate customers, and make sure all of your employees understand it. Reiterate this frequently, so there's little ambiguity or confusion when a social media attention hound wanders through your door.

Give employees flexibility. In a situation like this, you really don't want a customer service rep to say, "That's all I can do," or "You'll have to speak to a manager -- tomorrow." Your customer-facing employees should have the flexibility to make decisions on the spot, in short, to do the "right thing." Reward those that diffuse potentially damaging situations.

Solve the problem immediately. Don't defer the pain. If you can get rid of a pest with a camera by giving away $25 worth of product, it's worth it.

Act as if you're on camera. In this instance, it was clear that the customer had YouTube in mind -- she was holding a camera at arm's length and said as much. But you can't always predict when customer interactions will find their way online, so employees should treat every incident as if it might wind up on Twitter and YouTube.