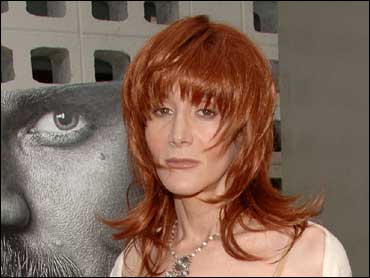 A woman who used the alter ego of a nonexistent male prostitute to pen an autobiographical novel defrauded a production company that wanted to make a film about her life, a jury decided Friday.

The Manhattan federal jury awarded the production company $116,500 after deliberating for several hours in the case against San Francisco writer Laura Albert. Antidote International Films Inc. had sued Albert, who went to strange lengths to hide her identity behind her alter ego, a male prostitute named JT LeRoy.

Friends donned wigs and posed as the fictitious LeRoy at book signings. They snookered journalists with a phony back story about a past as an underage male prostitute. Albert even made phone calls to a psychiatrist while posing as the troubled teen, and grabbed the attention of such authors as Tobias Wolff and Dave Eggers, and filmmaker Gus Van Sant.

Although Albert stared straight ahead when the verdict was read, and said she expected the decision, she was quick to condemn it.

"This goes beyond me," Albert said. "Say an artist wants to use a pseudonym for political reasons, for performance art. This is a new, dangerous brave new world we are in."

Antidote and its president, Jeffrey Levy-Hinte, said they spent $110,000 working on a film based on "Sarah," a tale of a truck stop prostitute that had been marketed as being based on LeRoy's life.

Albert testified that she had been assuming male identities for decades as a coping mechanism for psychological problems brought on by her sexual abuse as a child. To her, she said, LeRoy was real.

Jurors asked Friday to have another look at testimony by Steven Shainberg, who would have directed the film about LeRoy's life. Shainberg testified earlier at trial that when he learned that Albert had authored "Sarah," he thought about a new project called "Sarah Plus," about both Albert and her created alter ego.