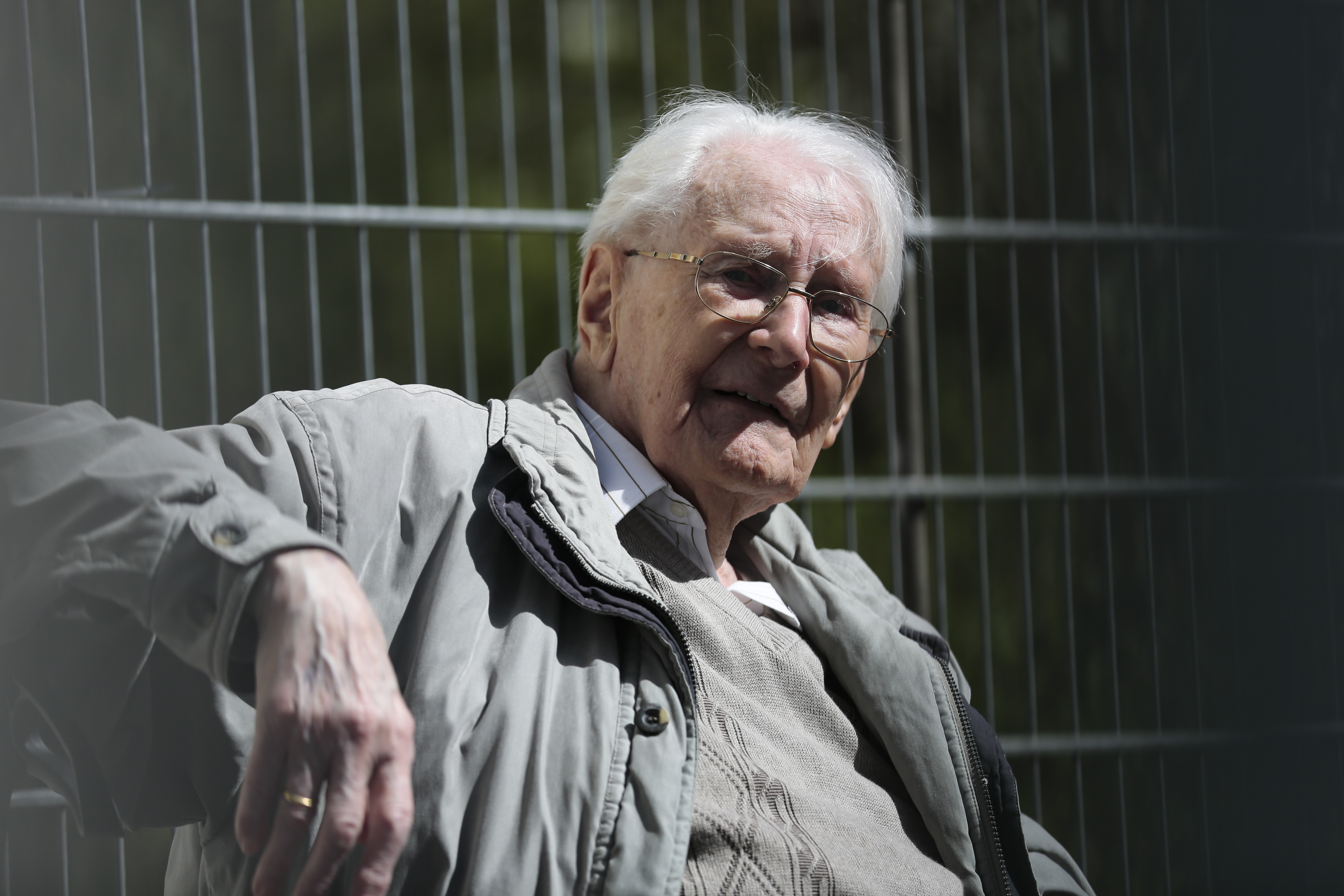 LUENEBURG, Germany -- A former SS sergeant described in chilling detail Wednesday how cattle cars full of Jews were brought to the Auschwitz death camp, the people stripped of their belongings and then most led directly into gas chambers.

Oskar Groening is being tried on 300,000 counts of accessory to murder, related to a period between May and July 1944 when around 425,000 Jews from Hungary were brought to the Auschwitz-Birkenau complex in Nazi-occupied Poland and most immediately gassed to death.

During that period, so many trains were arriving that often two would have to wait with closed doors as the first was "processed," Groening testified at the Lueneburg state court.

Though he was more regularly assigned to the camp's Auschwitz I section, he said he guarded the Birkenau ramp three times, including one busy 24-hour shift. The main gas chambers were located at Birkenau.

"The capacity of the gas chambers and the capacity of the crematoria were quite limited. Someone said that 5,000 people were processed in 24 hours but I didn't verify this. I didn't know," he said. "For the sake of order we waited until train 1 was entirely processed and finished."

But Groening, 93, maintained the opposite, saying "it was very orderly and not as strenuous" on the ramp at Birkenau.

"The process was the same as Auschwitz I. The only difference was that there were no trucks," he said during the second day of his trial. "They all walked - some in one direction some, in another direction ... to where the crematoria and gas chambers were."

No pleas are entered in the German system and Groening said as his trial opened Tuesday that he considers himself "morally guilty," but it was up to the court to decide if he was legally guilty. He faces between three and 15 years in prison if convicted in the trial, which is scheduled through July.

Eva Kor, 81, was one of the Jews who arrived at Auschwitz in 1944. Though she doesn't remember Groening personally, she said she can't forget the scene.

CBS News correspondent Mark Phillips reports that 86-year-old Hedy Bohm was a teenager when she was deported to Auschwitz during the war. Both her parents were murdered there.

Thomas Walther, who represents many co-plaintiffs, said he and his clients were happy Groening agreed to testify, but suspected he was withholding many details.

"There is an ocean of truth, but with many islands of lies," he said.

Kor, the first co-plaintiff to address the court, described her experience Wednesday and asked Groening whether he knew Mengele or details about files he kept in hopes of learning more about what diseases she and her sister, who both survived the camp, were injected with.

Groening showed no reaction to Kor's statement and his attorney, Hans Holtermann, said his client would try to answer what questions he could, but he didn't believe that Groening knew Mengele.

Groening guarded prisoners' baggage on the ramps, but his main task was to collect and tally money stolen from the new arrivals and then send it to Berlin - a job for which the German press has dubbed him the "Accountant of Auschwitz."

While he previously testified he was "horrified" by individual atrocities he witnessed, he suggested Wednesday his daily thoughts were more pedestrian, like when the guards heard a train loaded with Hungarian Jews would be arriving.

"If this is Hungary, they have bacon on board," he remembered thinking.

Though he was investigated twice before and no charges were brought, Groening was indicted under a new line of German legal reasoning that anyone who helped a death camp function can be accused of being an accessory to murder without evidence of participation in a specific crime. Groening, who worked for an insurance company after the war, has testified as a witness in other Nazi trials.

Outside court, Kor said she wished Groening would use the trial to try and dissuade "misguided young people" today from becoming neo-Nazis but she was still satisfied with his testimony.

"I'm going to take whatever confession he gives - it's better than no confession," she told reporters. "Maybe this is the best thing he has ever done in his life. Isn't that sad?"