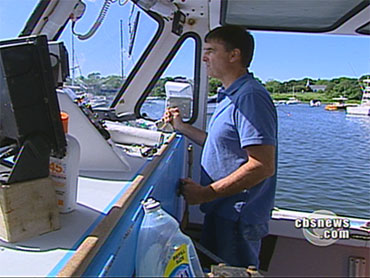 Women have made inroads in the world of modern golf — winning accolades and commercial success for their achievements on the course.

But there are golf clubs that bar women from becoming members, arguing that they shouldn't be forced to admit members they don't want.

Among them is Augusta National Golf Club, a prestigious club which hosts and owns the nation's premier golf event, The Masters. It has not invited a woman to join since it was formed in 1932, although it does allow women to play on its courses.

But this year, the private club is coming under fire. Martha Burk, the head of the National Council of Women's Organizations, plans to lead a protest Saturday against the Augusta National Country Club.

"This event (the Masters) is a very public event. It's a multi-million dollar event," says Heidi Hartmann, vice chairperson of the National Council of Women's Organizations. "It's not the boy's poker night. It's really very public. And frankly, it uses the public airwaves to get its game across to an even wider public. So it clearly is using public facilities to hold a very public event. We don't really believe it's private."

But not all agree with the organization's stand. For the coming weekend, Augusta will be divided into two camps — those supporting Augusta National's Chairman William "Hootie" Johnson, for refusing to reverse the club's men-only membership, and protestors against the club's policy.

In the quiet town, Martha Burk's name boils emotions. Some have called her cause ridiculous and self-promoting.

Lee Heffernan, an executive at the national cable television network, Women's Entertainment, and co-author of the only book written about the club from an insider's perspective, "Gentlemen Only," says the planned protest has already become a nightmare for the small town, which gets flooded for the Masters. She also says protesting Augusta is misguided.

But Martha Burk's challenge to Augusta National has seen corporate America distance itself from the Masters and caused some high-profile golfers to try to walk the fine line between the issues without offending anybody.

"You saw that the pressure that the sponsoring corporations, Coca-Cola and so on, are starting to put on the club. [It] led Hootie Johnson to excuse them from sponsorship," says Hartmann. "That means that CBS is broadcasting the tournament without any commercial sponsors. I mean that's certainly the first time in commercial sports that that has happened. I wouldn't be surprised if there weren't some shareholder action at CBS asking, you know, 'Why are you broadcasting something where you're losing money? What kind of business is that?'"

Heffernan says admitting women into the Augusta National is not an important issue that is worth the time and coverage it is getting.

"I'm a senior level executive at a women's television network. And I've been working in women's marketing for over six years. It's my job to know what is important to women. And I can fully assure you, this is not on their radar," says Heffernan. "Women care about equal pay. Women care about day care for working mothers. They don't care if one woman gets in to play golf with 300 other men at the Augusta National. It's a non-issue."

Augusta doesn't discriminate, reasons Heffernan, because it uses an invitational process to admit members; men and women get turned down for membership.

She also says women are still in an evolutionary process in terms of breaking the glass ceiling, but eventually the club will admit women, in its own time.

"It is a private club and they have the right to self-govern," says Heffernan. "If we take that away, we no longer live in a free society."

The Augusta National protest will continue as planned if the golf club doesn't change its policy and admit women members, according to the National Council of Women's Organizations, which has a membership of 170 national women groups.