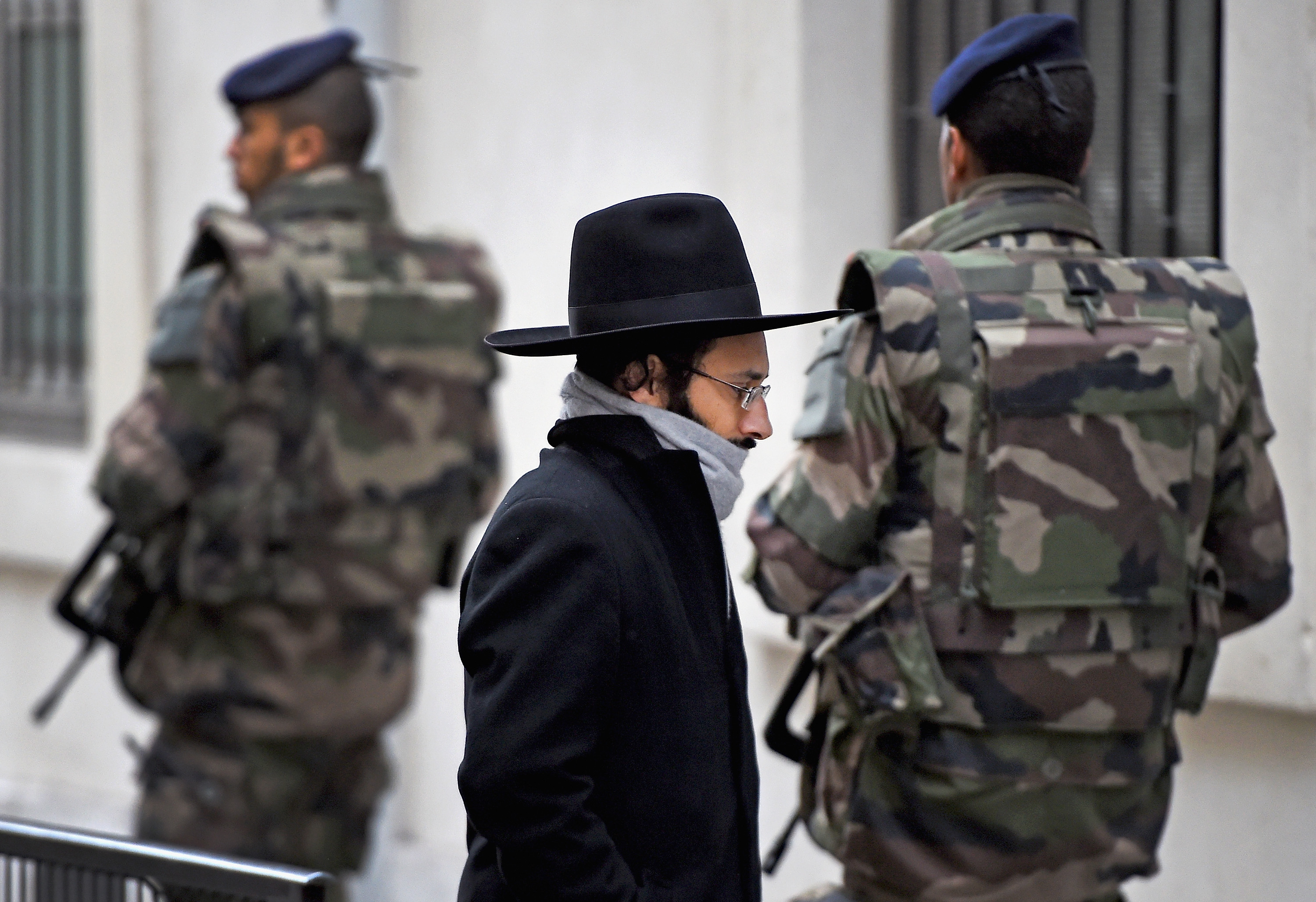 TEL AVIV, Israel -- Jewish communities around the world faced an "explosion of hatred" last year, with the number of violent anti-Semitic attacks rising by 38 percent, according to a report released Wednesday by Israeli researchers.

With most of the violence concentrated in Western Europe, Jewish leaders warned that many in their communities are questioning whether they have any future in the region.

The report by researchers at Tel Aviv University recorded 766 incidents - ranging from armed assaults to vandalism against synagogues, schools and cemeteries - compared to 554 in 2013.

According to CBS Radio News' Robert Berger, the report says that most of the anti-Semitic incidents occurred in France.

"We're speaking about a change in environment in Europe, and Jewish life in Europe is at risk," said researcher Arie Zuckerman of the European Jewish Congress.

Many Jews feel like "they are facing an explosion of hatred toward them as individuals, their communities, and Israel, as a Jewish state," wrote the researchers from the university's Center for the Study of Contemporary European Jewry.

The center releases the report every year on the eve of Israel's Holocaust memorial day, which begins Wednesday at sundown.

The researchers said the increase in attacks on Jews was partly linked to last summer's conflict between Israel and Hamas in the Gaza Strip as well as to what they called a "general climate of hatred and violence" fostered by the rise of the Islamic State of Iraq and Syria (ISIS) in the Middle East.

The report said 2014 was the second most violent year for Jews in a decade after 2009, which also saw a surge in anti-Semitism following an Israeli military operation in Gaza.

The violence in 2014 spiked during the July-August war in Gaza, particularly in demonstrations organized in France, Germany and other countries, during which protesters chanted anti-Semitic slogans, looted Jewish shops and attacked synagogues as well as people identifiable as Jews.

However, researchers stressed that attacks had been on the rise also before the summer and said the controversy over Israel's operation was used as a pretext to attack Jews.

"Synagogues were targeted, not Israeli embassies," said Dina Porat, a historian who edited the report.

The reported incidents do not include the killing of four shoppers at a kosher supermarket in Paris following the deadly shooting at French satirical magazine Charlie Hebdo, since those events occurred in January.

However, the researchers noted that the wave of attacks has continued this year, and that the gruesome acts and ISIS propaganda videos are also encouraging the radicalization of Muslims in the West.

Moshe Kantor, president of the European Jewish Congress, an umbrella group representing communities across the continent, said Jewish life has reached a "tipping point" in Europe.

"Some are choosing to leave the continent, many are afraid to walk the streets and even more are retreating behind high walls and barbed wire," Kantor told The Associated Press in an e-mail. "This has become the new reality of Jewish life in Europe."

Kantor said that while governments have pledged to boost security for their Jewish communities, they must do more at a pan-European level to share intelligence, toughen legislation and combat pervasive anti-Semitic attitudes in the general population.

"European Jews should not leave out of fear and should push their leaders to defeat anti-Semitism and radical Islamist terrorism," he said.

As in past years, the highest number of attacks was reported in France, which saw 164 incidents compared to 141 in 2013. In Britain there were 141 attacks, up from 95, and in the United States there were 80 incidents versus 55, including a shooting at Jewish sites in Overland Park, Kansas, that killed three people.

Some western European countries saw even greater increases, with the number of incidents more than doubling in Germany, Belgium, Austria and Sweden. The attacks also target individuals more frequently, with 306 cases involving people as victims, a 66 percent increase.